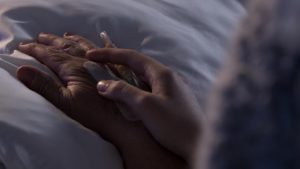 Last year the Supreme Court of Canada overturned hundreds of years of legal, medical, and moral precedent, when it struck down the Criminal Code prohibitions on assisted suicide in the Carter case.  The Supreme Court gave Parliament the task of creating a system in which some people may kill others in some circumstances.

On June 17, Bill C-14 became law after bouncing back and forth between the Senate and House of Commons.

This law formally legalized euthanasia and assisted suicide in Canada.

While the law was being crafted, we were able to engage with this policy debate in a huge way. With your help and by God’s grace, our message resulted in some positive changes to the law and helped mitigate the evil that was being endorsed by many Canadians.

When introduced, Bill C-14 was not as radical as was originally recommended by a special Parliamentary committee. For example, C-14 did not include euthanasia for children, or for those suffering from psychological conditions. And as it went through the Parliamentary process, C-14 did not become more radical, even though some very strong voices were pushing to widen the law.

Still, these were small victories. Assisted suicide is now legal. And sadly, over 150 people have received assisted suicide in Canada. These numbers will grow. The foundations are being destroyed by the erosion of the respect for the dignity and value of every human life. What can the righteous do?

The church will have even more opportunities to fulfill the great commandment to love our neighbour, especially the sick, the elderly and those with severe disabilities. And one practical way to do that is to support Bill C-277, a bill introduced by Member of Parliament Marilyn Gladu from the Sarnia-Lambton riding in Ontario.

ARPA was involved in this file from the beginning. We were one of the first organizations Ms. Gladu’s office contacted, and Andre was able to take part in her press conference launching the bill. Bill C-277 is called, “An Act Providing for the Development of a Framework on Palliative Care in Canada”. The bill seeks to create accessible, quality palliative care for all Canadians. Quality, compassionate care will provide vulnerable Canadians with dignity and care at end of life. In light of the assisted suicide law, terminally-ill Canadians ought to also have the choice to live as well as they can, for as long as they can. It is monstrous that our government has legalized the killing of patients to end suffering, but has not yet addressed the lack of resources for compassionate palliative care which can also end suffering, without killing the patient.

So, what exactly is palliative care? Palliative care is an approach that improves the quality of life of patients facing problems associated with life-threatening illness, through the prevention and relief of suffering by treatment of pain and other problems, including physical, psychosocial and spiritual problems. Another way to see it is that palliative care is comfort care, seeking to achieve the best possible quality of life right up until the end of life. It intends neither to hasten nor postpone death. Individual patients should not need to doubt the motive of the physician or caregiver, or be faced with deciding each day whether they are now too much of a burden on family, their caregivers, or society.

Statistics have shown that requests for assisted suicide go down significantly when a person is first offered a palliative care consultation.

However, the lack of access to palliative care across the country has resulted in many people with serious or terminal illnesses feeling that they have only two options: a long uncomfortable stay in the hospital full of pain and in severe distress – or an “easy” assisted-suicide.

Proverbs 24 has a serious message we need to take to heart. ‘Rescue those who are being taken away to death; hold back those who are stumbling to the slaughter.’ That is the challenge God gives to us and one way to do this is to offer a third choice to suffering patients: instead of assisted suicide on one hand, or a slow, painful death on the other, we can advocate for effective palliative care.