“Safe Injection Sites” – Coming to a City Near You? 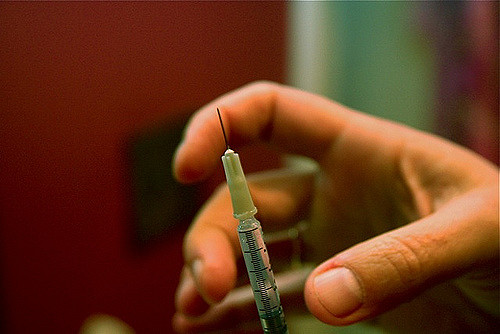 “Safe” or “supervised” injection sites provide drug users with clean needles and medical supervision for injecting narcotics. So far, there are none in Canada outside of Vancouver.

But that is likely to change. Parliament just made it a lot easier to establish safe injection sites with Bill C-37, which passed earlier this month. Canada’s Health Minister is currently reviewing 19 applications for such sites, and more applications are expected.

Another win for “harm reduction”

You may recall the 2011 Insite case (Canada v PHS Community Services Society), in which the Supreme Court of Canada decided that the federal government must allow Insite, a publicly funded safe injection site in Vancouver’s Downtown Eastside (DTES), to operate. The evidence was conclusive, in the Court’s view: “Insite has been proven to save lives with no discernible negative impact on the public safety and health objectives of Canada.” This was a major legal victory for “harm reduction”.

Insite presented evidence to the courts that people were saved from overdose and infection within its walls. The government failed to counter with evidence to show that permitting safe injection sites discernibly undermines its policy objectives – which is a lot more complicated.

Many celebrated the Supreme Court’s ruling as a triumph of evidence-based harm-reduction techniques over failed hardline conservative anti-drug policy. Others (including me) were critical of the Court’s casual readiness to reverse the social policy of Canada’s democratically elected government and to discover a right to possess and inject narcotics with help from medical personnel, immune from prosecution.

A Globe and Mail headline announced the ruling: “Supreme Court ruling opens doors to drug injection clinics across Canada”. The Supreme Court offered the following as a guiding principle for when safe injection clinics should be permitted to operate: “Where, as here, the evidence indicates that a supervised injection site will decrease the risk of death and disease […] the Minister should generally grant an exemption [to the prohibitions on narcotics possession].”

However, six years after the Insite ruling, only one new safe injection site has opened in Canada, along with a few mobile sites – all in Vancouver. The lack of new facilities is due in part to the Conservative government’s legislative response to the Insite ruling; it enacted a list of requirements that would-be supervised injection sites had to satisfy before becoming operative. Bill C-37 removes most of those – another big win for harm reduction advocates.

A Globe and Mail story (Jan 1, 2017) describes an awful scene in Vancouver’s Downtown Eastside (the DTES). The reporter watches a woman and her friend prep a needle full of crystal meth, within view of an employee of a needle exchange program who is trying to revive an overdosing man. Firefighters and paramedics arrive; they believe it’s the same man they helped in the same place the day before.

The woman and her friend inject themselves with meth, “the scene in front of them no deterrent”, the reporter notes.

It’s “Welfare Wednesday”, the day of the month when welfare cheques go out and “millions of dollars of social-assistance payments flood into the Downtown Eastside.” On this day, overdoses increase “dramatically” and “there is a constant wail and yelp of sirens.”

Street dealers sell drugs to “dozens of people injecting in the alley”, not far from a “pop-up supervised drug consumption tent”. Meanwhile, Insite is “completely swamped”.

The nearest hospital is busy, but the busiest day is not necessarily “Welfare Wednesday”. It’s often a couple days later, a doctor explains, “When people’s money runs out, they’ve spent it all, they’ve had it stolen, whatever, people then are coming in with withdrawal, they come in depressed, they come in with traumatic problems.”

A few days after Welfare Wednesday, a man named Jonathon says he is ready to begin detoxing; he’s looking to get a prescription of suboxone, an antidepressant used to treat opioid addiction. People here receive help getting high, surviving a high, and recovering from a high.

It’s hard to read this Globe report and not think that there’s a whole lot of enabling going on. But surely leaving people to do drugs in the street with a much higher risk of overdosing is far worse, right? A typical argument might go something like this:

“I can’t believe the government is paying for safe spaces to inject illegal narcotics,” Connie says.

“How can you possibly be against providing drug users with clean needles and life-saving medical supervision?” Libby asks.

“Well, when you subsidize something, you get more of it,” Connie replies, “You don’t decrease illicit drug consumption by building facilities, giving people clean needles, and paying medical professionals to help them shoot up.”

“What!?” Libby retorts. “These people are going to use drugs regardless. It’s called addiction. Are you saying society should just leave them alone to risk dying from an overdose?”

“No, I’m saying society should respond in a way that doesn’t encourage or enable illicit drug use, but in a way that gets people to quit drugs,” says Connie.

“But research shows that Insite led to a significant increase of users entering addiction treatment,” Libby responds. “Even the Supreme Court of Canada agreed that Insite reduces harm and has no discernible downside. You just can’t look past the stigma of drug use.”

“One of the problems with being politically conservative,” National Post editorialist Chris Selley wrote in January, “is that you can wind up looking lost and silly and backward when mainstream opinion on any given topic slingshots past you, as it often does in Canada.”

“If hundreds of people are dying easily preventable deaths and your political orthodoxy prevents you from supporting a demonstrably effective remedial measure, maybe there’s something wrong with your political orthodoxy,” Selley says of Insite opponents. It’s a popular notion that those opposed to safe injection sites are ignorant, heartless, or both.

A few months later, Selley’s Post colleague Tristin Hopper dared to disagree: “Vancouver is into its second decade of dealing with an injected-drug crisis. The city has been concentrating more and more services in its Downtown Eastside. The result? Everything seems to be getting worse.” Homelessness numbers in Vancouver have climbed from 1,364 in 2005 to 2,138 in 2016. Violent crime and theft in the DTES have gone up.

“And as an overdose crisis sweeps Canada, Vancouver is its undisputed epicentre. Even with teams of naloxone-armed paramedics addressing a nightly rush of overdosed drug users, more than 100 people have died on overdoses in 2017 – with most of these occurring within the narrow borders of the Downtown Eastside,” Hopper writes.

“[Safe injection sites] really only do one thing: prevent people from dying,” Hopper concludes. “There is slim evidence to show that it reduces overall addiction rates. And it certainly doesn’t lead to livable neighbourhoods filled with healthy people.”

People forget that Insite itself was begun in response to an overdose crisis in the late ‘90s. Yet Vancouver, where there are now two supervised injection clinics, four mobile safe injection clinics, and first responders constantly on alert, is the overdose capital of Canada.

Medical student and researcher Jeremy Devine weighs in, also in the Post: “Harm-reduction researchers have conveniently neglected to investigate any potentially negative findings of their policies.” Devine says the notion that harm reduction facilities improve recovery rates “is a fiction and is without evidence.” He is one of many disputing the pro-Insite research.

Could “harm reduction” be dangerous?

I don’t have the time or space here to do a literature review on the effectiveness of “harm reduction” programs like safe injection sites, nor the expertise to properly scrutinize the methodology of the various studies that have been conducted. But from what I’ve read, I would agree that medical supervision saves lives – at least in the short term.

Inject narcotics with medical staff nearby and you’re far less likely to die from an overdose than if you inject alone in an alley. If “lives saved” is measured as people who overdose at Insite, are saved by speedy medical intervention, and who likely would otherwise not be reached in time, then the number saved has probably gone up significantly since the fentanyl crisis began.

Surely, lives saved is something to celebrate, but measuring this in terms of how many would likely have died if they had shot up somewhere else, is a pretty narrow and simplistic metric. Don’t inject at all, and you’re better off still. Shooting up at all is harmful. A drug user may be saved from an overdose death at Insite, but he may not be there the next time he shoots up. What is he being saved for and for how long? Barbara Kay points out that “they don’t die from a sudden overdose, but they do die from their behaviour.” Hopper describes harm reduction as “palliative care on a mass scale.” Except actual palliative care doesn’t contribute to the disease.

Supervised injection facilities, which are still quite rare, aren’t the only “harm reduction” tool in use. Needle exchange programs (NEPs) have been operating for years in many cities and towns in Canada. In Ontario alone there are well over 200 locations providing injection drug users with free sterile needles; over 35 of those are in Toronto. These programs have, studies claim, helped to significantly reduce the spread of infections (through sharing and re-using needles).

But could needle exchange programs, safe injection sites, and now even “heroin-assisted treatment”, “managed alcohol programs” and the like – in which the substance is also provided to the user – have long term effects that are more difficult to measure? Could growing acceptance of an addict-as-helpless-victim mindset ultimately be more deadly than a shortage of safe injection sites? I hope to tackle this question and more in later posts. Stay tuned.