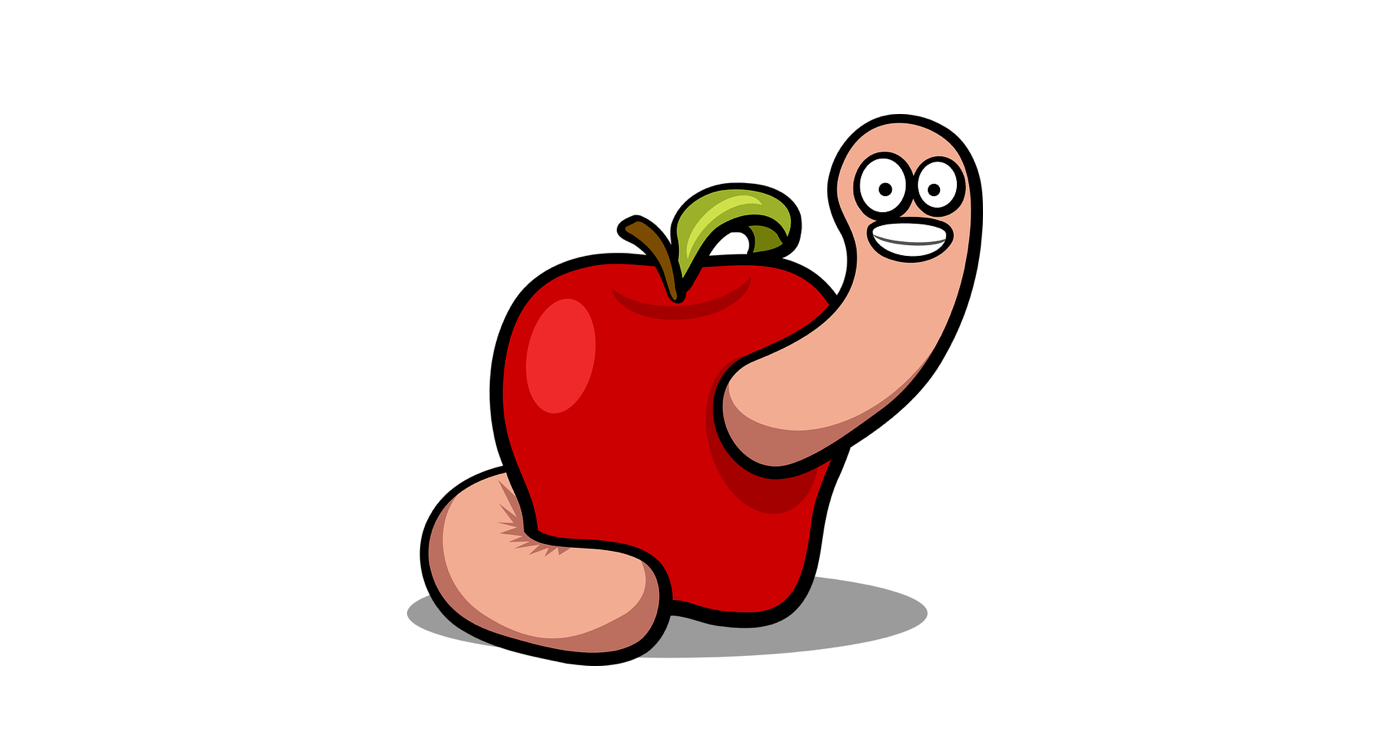 The schools back in my hometown of Langley, BC, have a re-designed “SOGI” curriculum. For those unfamiliar with the term, SOGI is an acronym for “sexual orientation and gender identity”. While only announced this year, this curriculum has been years in the making. It started out as an anti-bullying campaign, but it teaches an unhealthy view of sexuality and gender.

I want to explain and comment on the new curriculum, but before I do that I need to state four premises:

Sexual intimacy is for marriage between a man and a woman. God designed it this way and it is good. It was not long ago that this was not a revolutionary statement and yet today it needs to be stated.

Canada’s public schools teach that our gender need not conform to our body and that our sexual conduct need not be judged by any standard beyond autonomy and consent.

Bullying is bad, regardless of the identity of either the perpetuator or the victim, the motive, the context, or any other factor, because every single human is created in the image of God and is entitled to respect and neighborly love and care.

I include this premise because Langley’s SOGI curriculum is intertwined with an anti-bullying campaign. If you agree that bullying is bad, you might swallow the conclusion that the school board’s anti-bullying program is good.

But remember the first premise: education is not neutral.

Education regarding sexual orientation and gender identity is infused with value statements not just about what bullying is but also what sex and gender are. SOGI education is not done from a Christian understanding of sexuality, its God-given design, its corruption by sin, and its need for redemption. Rather, SOGI education is done from a humanist understanding of sexuality, as a subjective identity, determined individually, and to be celebrated unconditionally.

The SOGI curriculum may have anti-bullying aspects, but to stop there is to ignore the philosophy that it teaches.

I’ve stated these premises succinctly, but I recommend for further reading ARPA’s pamphlets “No Neutral Ground” and “Protect them All” and policy report “Gender Identity”.

Where did Langley’s SOGI curriculum come from?

In Langley, the SOGI curriculum has been a few years in the making. In 2014, the district released an anti-bullying policy that instructed schools to “support multi-cultural, anti-racist, anti-homophobic and human rights education infused into all curricula.” That policy didn’t explicitly mention gender identity and expression as it was not until 2016 that those terms were added to the BC Human Rights Code, with legislators hinting at the effect it would have on school curriculum.

Later that year, all boards of education, including independent school authorities, were required to reference sexual orientation and gender identity in their codes of conduct. In the spring of 2017, a letter sent to Langley parents announced a re-designed SOGI curriculum in order that “all students in all schools will experience the integration of inclusive education, including gender orientation and expression beginning in Kindergarten.”

What is the aim of SOGI curriculum?

According to the Ministry of Education, the three goals of SOGI Inclusive Education are “visibility, protection, and inclusion”. The “best practices” section emphasizes using “common language” which links to “Queer Terminology – from A to Q”, a resource from QMUNITY, a “LGBTQ/2S” activist group. They define homophobia as:

Fear or hatred of, aversion to, and discrimination against homosexuals or homosexual behaviour. […] Many forms of homophobia are related to how restrictive binary gender roles are (see ‘oppositional sexism’). An example of this might be a lesbian who is harassed with homophobic language for being perceived to be masculine. Many of the problems faced by lesbian, gay, bisexual and transgender people, including health and income disparities, stem from homophobia and heterosexism. (emphasis mine)

When the Langley school board says that all curricula will be infused with “anti-homophobic” messaging, what they mean is messaging that not only affirms homosexual desires and behaviour, but also counters “restrictive binary gender roles” (i.e. that men and women have different roles) and blames such roles for the health and income disparities that the LGBTQ community face.

This resource also defines a term you may be less familiar with: “heterosexism”. This is a term for attitudes or bias “in favor of opposite-sex sexuality and relationships”. For example, “a girl who is told that when she grows up she will have a husband and not presented with any other options to consider.”

These definitions are not about countering hate or fear of people who are attracted to the same sex.  This is about teaching children that a heterosexual marriage and a homosexual lifestyle are morally “equal” and those that say otherwise are the real problem.

This is education dedicated to pushing a philosophy antithetical to the way God designed gender and sex. This is not neutral education.

What is SOGI Curriculum?

There isn’t a separate class called “SOGI”. Instead, it is infused into every class. According to the Langley School Board, “Sexual orientation and gender identity are important topics that are interwoven through several curriculum areas, most notably, physical and health education, language arts, and social studies.” Sexuality as a concept is introduced in Grade 4, but the Board assures parents that this does not include discussion of various sexual acts which will not be discussed until secondary school.

Parents can have their children opt out of certain classes regarding reproduction and sexuality. But this does not include other classes that deal with these topics indirectly.

The Ministry outlines their vision for this curriculum, including lesson plans, on a website called “SOGI 123”. In K/1, teachers are encouraged to explain of all types of families – mom and dad, two moms, two dads, single parents, adoptive parents, blended families, etc. They are prompted to ask students if they think it’s ok to have two moms or two dads. Teachers are told to “be explicit in your teaching in that all families are equal and important. Gently debunk the myth that all families must have a Mom and a Dad who live together.” This isn’t about accepting that we live in a broken world and should show love to people regardless of their situation at home. This is about teaching that family is a social construct.

In grades 2/3, teachers are encouraged to read “Traditional Fairy Tales (Gendered)” and have students say ‘stop’ any time they identify an instance of sexism. Such “gendered” fairy tales include “the Ugly Duckling”, “Rapunzel”, and “Cinderella”. Teachers should ask, “Can a prince or princess be single, live with or be married to someone of the same gender and live happily ever after?” Because simply telling children stories about princesses marrying princes instills a bias towards heterosexuality.

The lesson plans are accompanied by a list of books that teachers are encouraged to use as resources.

One of these books, Worm Loves Worm, tackles the tough question: Who wears the dress and who wears the tux in a worm wedding? Spoiler alert – it doesn’t matter because “love”. The moral of this story, I suppose, is that humans should be hermaphrodites like worms. Not the animal I would think of teaching kids to emulate, but here we are.

What are we to make of these lesson plans? Education is not neutral. The curriculum is infused with the belief that gender is unconnected from biological sex, that marriage can be custom designed to fit the individual’s concept of “love”, and that anyone who says otherwise is oppressive.

First, this SOGI curriculum did not come out of the blue. There has been a steady progression in BC of promoting this philosophy in our education system.

When the Langley School district put out their anti-bullying policy back in 2014, many read “bullying gay kids is bad” and stopped. But it deserved more consideration than that. We should have asked what they meant by “homophobia” and what “human rights-infused” curriculum looks like.

Second, I’d like to give a note to parents. The Ontario Court of Appeal recently highlighted that “the right of parents to care for their children and make decisions for their well-being, including decisions about education, is primary, and the state’s authority is secondary to that parental right.”

I would add that it is the responsibility of the parents to care for and educate their children, as the Bible clearly teaches (see the entire book of Proverbs). Do not abdicate this responsibility to the state. Education is not neutral. Be aware of what your child is learning (including the underlying worldview) and ensure they receive good instruction.

And take comfort in His promise. “Know therefore that the Lord your God is God, the faithful God who keeps covenant and steadfast love with those who love him and keep his commandments, to a thousand generations.”