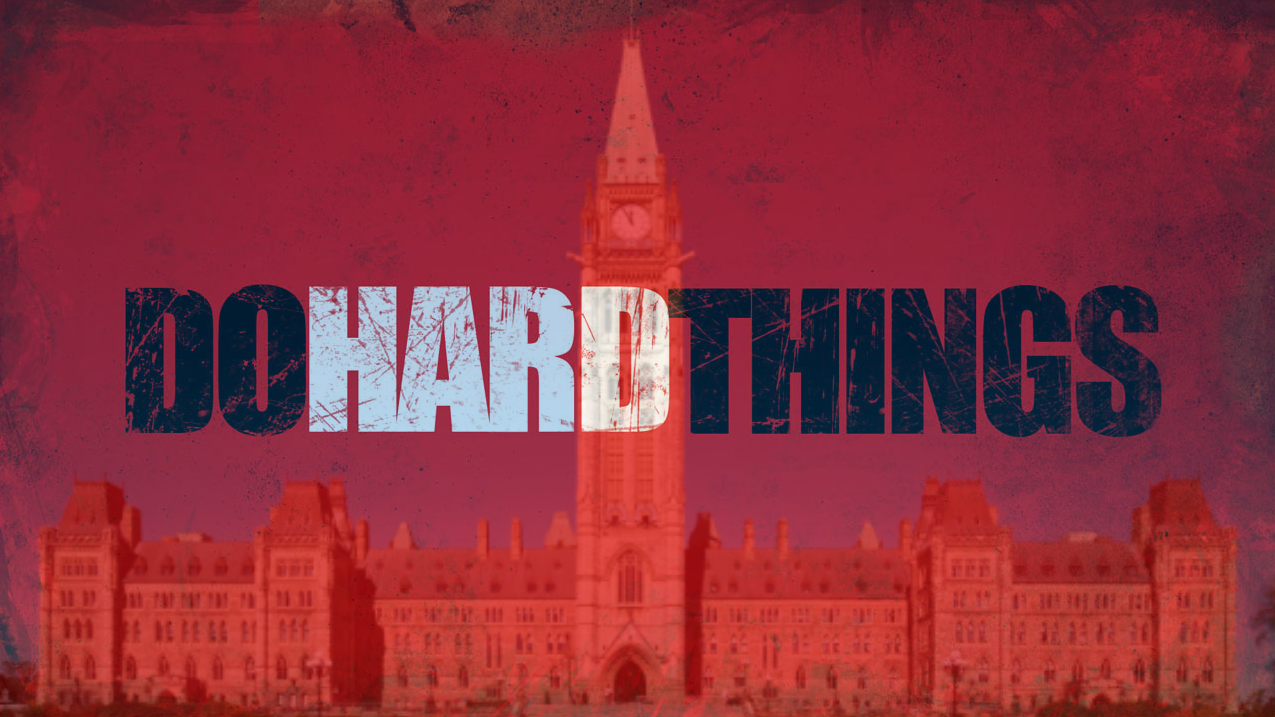 Through their popular book “Do Hard Things” and website “therebelution.com” brothers Alex and Brett Harris “are leading the charge in a growing movement of Christian young people who are rebelling against the low expectations of their culture by choosing to ‘do hard things’ for the glory of God.”

Their message is timely, also for young Christians in Canada, many of whom struggle with a lack of direction in a world so full of choices and opportunities.

In this seemingly-limitless world, the communion of saints ought to be giving direction to young adults, pointing them to real needs that exist and encouraging them to step up to the challenge.

For example, there is a real need for more pastors and teachers, and the Reformed Christian community (and beyond) is going to increasingly feel the impact if more youth don’t pursue these callings. This deserves our attention and each of us can do our part in making these professions attractive or encouraging young adults to pursue them.

But as passionate as I am about promoting those professions, I also believe we need to look outwards – there is a need for godly leadership in the public square.

In the past couple of years we have seen confessional Reformed Christians elected to office in the Manitoba and Ontario legislatures and Canada’s Parliament. Although they have weaknesses like all of us, they have also made strides fighting pornography, promoting palliative care, and defending the pre-born. And they are doing more behind the scenes that the public, and their brothers and sisters in Christ, will likely never see.

But it isn’t just through elected positions that we can have an impact in the public square. These officials can’t do the work on their own. They need help. They need quality staff who have a solid character and worldview and willingness to work.

Few people realize the influence that political staff have. They oversee a substantial part of the civil government’s work. Christians and pro-lifers may work hard to have a quality person elected, but if that person isn’t surrounded by quality staff, their work is going to be minimized.

Thankfully, there are internship programs that allow young adults to work on Parliament Hill, gaining valuable experience and creating opportunities to shine our lights in a dark place. Internships allow youth to be matched up with an MP, to assist that MP with their day-to-day work, including research, speech writing, and even drafting legislation.

The most well-known internships are run through the political parties themselves (eg the Conservative Party and Liberal Party have summer internship programs, directed to university students). These are clearly partisan, directed to furthering the interest of the respective parties.

Some universities also have political internship programs. They are generally not partisan and can sometimes count as credits towards a degree. I was blessed by completing the Laurentian Leadership Centre internship program almost 15 years ago. LLC is part of Trinity Western, an Evangelical university. Of course, just because a program is labelled Christian, it does it mean that the instruction will always be faithful to Scripture. One must always be discerning. There was also a steep financial cost with LLC as well, but for me, it was well worth it. I formed relationships in the classroom and in Parliament that I still carry today.

A new internship opportunity has arisen recently that is also worth considering. The Wilberforce Project has established the “Brain and Boots” political internship program, in which MPs take on 18-30 year olds for one year. Brain and Boots interns work directly with MPs, right in Parliament.

There are some big benefits to this program. From what I have seen, the MPs involved are solid and care about the development of the interns (rather than simply using them as cheap labour). The interns get paid, so they can cover their expenses while living in Ottawa. And the program recognizes, at least on the website, the importance of developing virtue while growing in political acumen.

But there are also challenges or dangers to consider for this and all internship opportunities. First, I would not recommend it for anyone who is not solid in their faith and not emotionally and spiritually mature. Parliament is a place particularly susceptible to sins of pride, selfish ambition, sexual immorality, and more. Anyone going there needs to be strong, and also a part of a local church and group of people who will hold them accountable.

Second, the Brain and Boots program may not be as partisan as other programs, but anytime someone is working for an MP, it is common for that MP to want to channel the young adult’s energy and skills to further their partisan interests. In other words, these internship programs can sometimes push hard to further a particular party or candidate. There can be incredible peer pressure to put partisanship over principle. That is another reason we need solid interns and staffers – to put principle over partisanship and encourage those around them to do the same.

But those concerns aside, consider the impact that Christian youth working in the offices of MPs throughout Parliament Hill can have! Not only could this impact our government for good, it will also provide practical experience to these youth, which they can build on with further studies and work.

I look back on my political internship with immense appreciation. It made me realize for the first time that there is both a need and an opportunity to work full-time in the public square. It is one thing to study political science and something entirely different to have even a tiny role in the political process.

If you know of anyone who has a mature faith, solid worldview, and heart for this nation, perhaps you can encourage them to consider applying for a reputable political internship program.