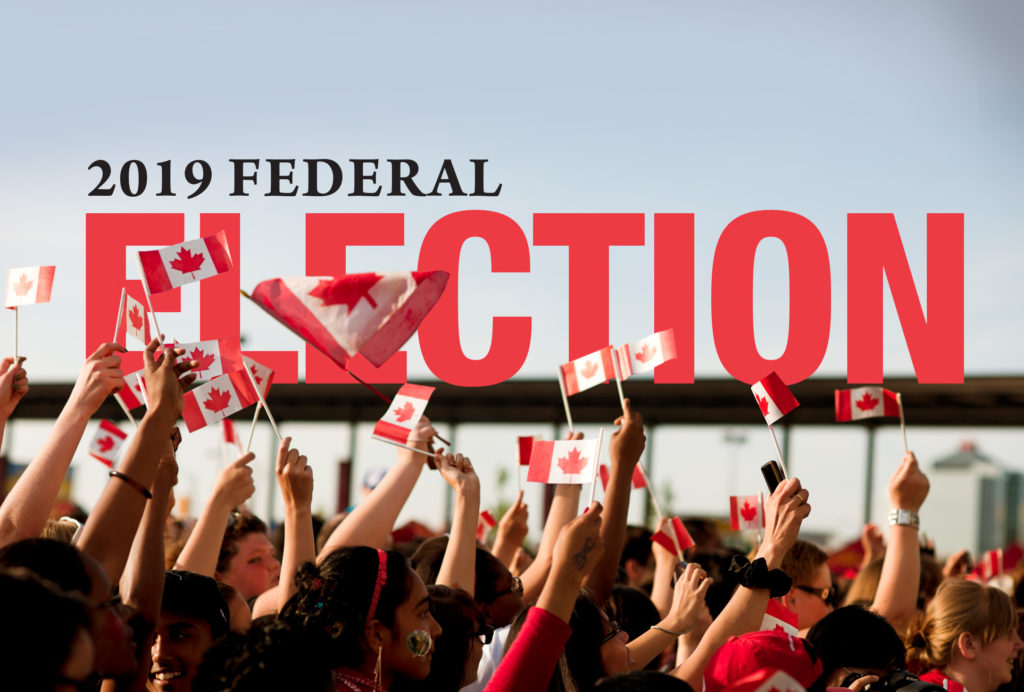 As we prepare for the 2019 Federal Election, we want to highlight six issues of focus. For each issue we have also listed several questions that you can ask candidates. These can be used when they call your home, knock on your door, or when you attend one of the all-candidates meetings or debates that will be held during the election campaign. We have extensive information about each of these topics at www.ARPACanada.ca.

Faith and religion are integral to the proper functioning of a country. Yet, despite freedom of religion being a fundamental freedom, recent court decisions and government actions have given cause for concern. As the civil government expands its role in the various spheres of life, human liberty decreases. Freedom of religion is a freedom that must be vigorously defended by the State.

1. In recent years the government has implemented certain requirements before someone can receive funding (Canada Summer Jobs Grant), fulfill their vocational obligations (conscience protections for physicians), or take a government job (Quebec’s bill 21 banning religious symbols and clothing). If elected, will you remove barriers that force Canadians to choose between their religious beliefs or their full participation in society?

God is the creator of life and requires that all human life be protected, from conception to natural death. Canada is the only country in the world with no laws restricting abortion. There is no Charter right to abortion. In fact, the courts have consistently said that Parliament has a legitimate interest in protecting the pre-born child.

1. Are you aware that Canada has no abortion laws? If elected how will you protect pre-born children?

2. How will you represent pro-life people in your riding if you
are elected?

3. What do you think about an International Standards Abortion Law that would make Canada more similar to other democracies by restricting abortions at some point in a pregnancy?

In 2016 the government passed Bill C-14 legalizing euthanasia and assisted suicide. The “stringent” safeguards that limited euthanasia to certain circumstances are now being challenged. Some are advocating for euthanasia to be made available to minors, those with mental illness, and to be included in advance care directives. At the same time only about 15% of Canadians have access to palliative home care at the end of their life.

The censoring of speech is increasingly being used as a tool by government to silence those that are opposed to a so-called “progressive” worldview. Recent court cases suggest that governments are willing to use the resources of the state to prosecute those who hold to a biblical understanding of sexuality or who want to share the gospel with all people. Furthermore, some politicians have been quick to label alternative perspectives as “hate”. The Justice Committee recently recommended that the hate speech provision of the Canadian Human Rights Act be reinstated.

1. Do you support the reinstatement of the hate speech provision in the Canadian Human Rights Act?

2. Voltaire is quoted as saying , “I disapprove of what you say, but I will

defend to the death your right to say it.” Would you agree with this statement?

Canada instituted new prostitution laws in 2014, modeled after successful laws in Nordic countries. The new law criminalizes the purchase of ‘sexual services’ but decriminalized those working in prostitution. This model is based on the assumption that systems of human trafficking and prostitution are driven by demand, and thus it targets the buyers rather than those who are prostituted.

We live in a world where some think that God’s good design of sexuality (“male and female He created them”) are largely social constructs imposed on people. Sadly, some governments are forcing a radical gender ideology on all citizens. Some provinces have bans on so-called “conversion therapy” which is defined as any attempt to change a person’s sexual orientation or encourage someone to be comfortable in their own male or female body. The federal government is now pushing other provinces to do the same.

1. What is your position on the involvement of parents/guardians when it comes to youth who experience gender dysphoria?

2. If a conversion therapy ban is tabled this coming Parliament, will you commit to opposing it and voting against it? 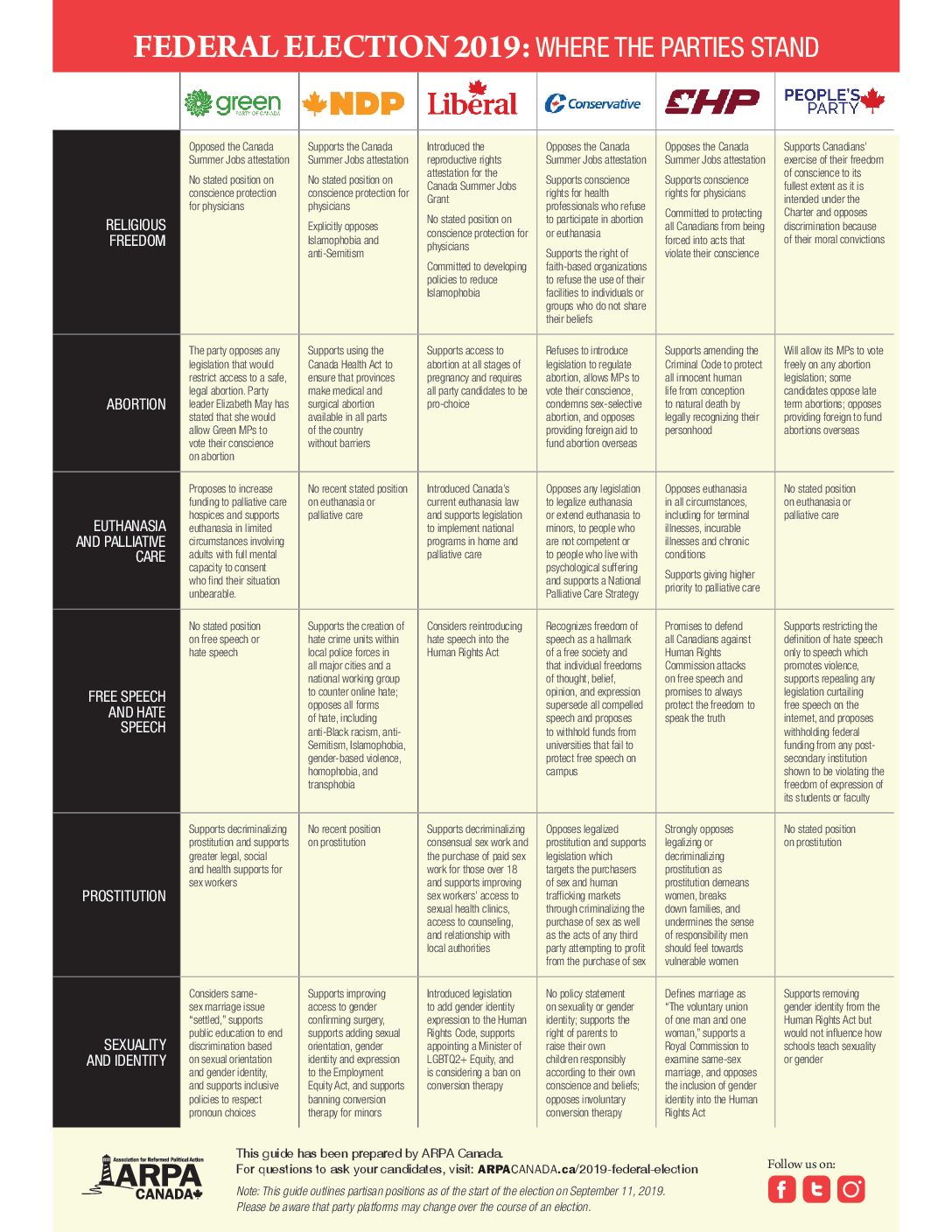 A GUIDE TO HOSTING ALL-CANDIDATES MEETINGS

All-Canadidates Meetings are opportunities for local candidates and local voters to directly interact. Rather than simply hearing party leaders make promises, voters at all-candidates meetings can get to know the personal values and positions of their local candidates. Organizing all-candidates meetings are excellent opportunities for churches and Christians to focus discussion on key issues that matter to them, such as abortion or euthansia or free speech. We hope that this guide will help churches, ARPA chapters, and other Christian organizations host an all-candidates meeting of their own and positively shape the public discourse around election time.