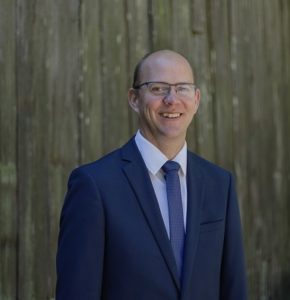 Mark counts it a joy and privilege to have led ARPA Canada since it started in 2007.

He has a Master’s degree in political science from the University of Lethbridge,  a BA in philosophy from Trinity Western University, and a certificate in Leadership and Applied Public Affairs from the Laurentian Leadership Centre in Ottawa.

Mark’s work has been published in the Toronto Star, National Post, Calgary Herald, Lethbridge Herald, Vancouver Sun and the Province. Mark, his wife, and their six children live in British Columbia. 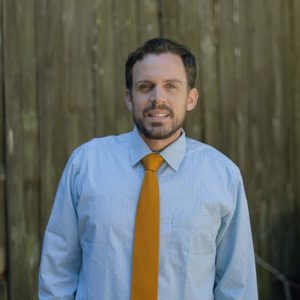 André Schutten is Director of Law and Public Policy and General Legal Counsel for ARPA Canada. Based in ARPA’s Ottawa office, he researches and writes on public policy, conducts regular analysis on the impact of different government bills and court judgments and acts as ARPA’s chief Parliamentary lobbyist. He lectures regularly on constitutional and legal issues. He also represents ARPA in various court interventions, having made arguments before the Supreme Court of Canada three times and three provincial courts of appeal.

André completed his undergraduate degree in 2007, obtaining an Honours B.A. in Classics and Religion from McMaster University. He then completed a law degree with the Faculty of Law at the University of Ottawa in 2010. He worked as an intern for the Evangelical Fellowship of Canada and for the Centre for Faith and Public Life, where he covered freedom of religion issues, wrote legal opinions on abortion legislation, and prepared written arguments for the Supreme Court of Canada. He was called to the Ontario Bar on June 21, 2011. In 2013, André completed a Masters degree in Constitutional Law through Osgoode Hall Law School. André is thankful for the opportunity to research and write on important legal issues and to have been published three times in peer-reviewed law journals: the National Journal of Constitutional Law (Whatcott and Hate Speech: Rethinking Freedom of Expression in the Charter Age, 2015), and the Supreme Court Law Review (Lethal Discrimination: A Case Against Legalizing Assisted Suicide in Canada, 2016, and Recovering Community: Addressing Judicial Blindspots on Freedom of Association, 2020).

André is a former infantry reservist and a church organist. He lives in Gatineau, Québec with his wife and three children. They are active members of Jubilee Church, a Canadian Reformed Church in Ottawa. 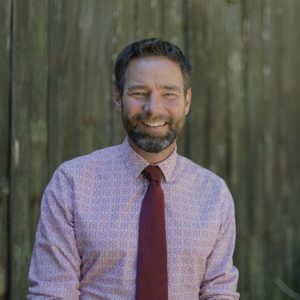 As Director of Advocacy, Mike works closely with the Provincial Managers to ensure that ARPA educates, equips, and encourages members of Canada’s Reformed churches for political action. Mike also serves as the Director of ARPA’s pro-life initiative, the We Need a Law campaign. The goal of We Need a Law is to mobilize Canadians and persuade our political leaders to pass laws that protect children before birth.  His goal for this campaign is to bury the status quo by helping to enact the first pro-life law this country has seen in 25 years. His ultimate goal is for Canada to have full legal protection for all pre-born children.

Aside from this, Mike is regularly featured in Canada’s mainstream media, having been published many times in the National Post, Vancouver Sun, and the Calgary Herald. He also has been interviewed by Sun News, CBC News, CPAC and various radio talk shows across the country. Mike regularly speaks at community events, universities, schools, and churches about abortion and steps that can be taken to promote justice for the pre-born.

Mike lives in British Columbia with his wife Jennifer and their six children. 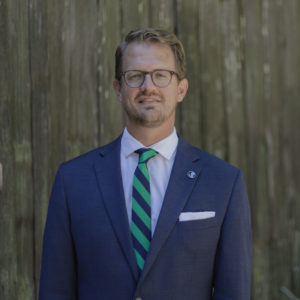 Colin has an Honours Bachelor degree in Political Science and History Double Major which he obtained from McMaster University. His specialization in Canadian History and Politics involved research on such varied topics as Contemporary Security, Aboriginal Politics and History, Canadian Federalism, and early Canadian History.

Prior to joining the staff of ARPA Canada, Colin was involved with the Hamilton Area ARPA group since its inception in 2011 (as board chair for 2014-2015). Colin and his family live in Gatineau. 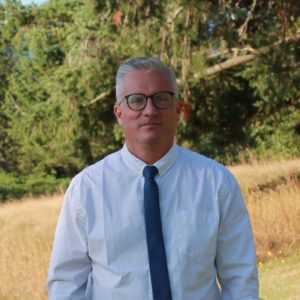 Ed is responsible for mobilizing our grassroots in Alberta through effective political action and bringing a solid Christian perspective to members of the Alberta legislature. By God’s grace, it is Ed’s hope and prayer that his experience and passion for education will motivate ARPA’s constituents in Alberta to boldly and respectfully take a stand for their parental rights to educate their children in God’s ways.

Ed is also the contact person for the grassroots, chapter members, and school clubs in Manitoba. 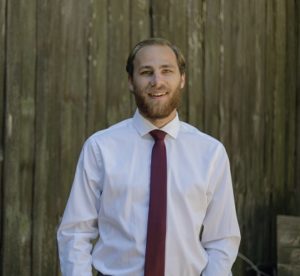 Prior to joining ARPA on a full-time basis, Levi already had political and policy experience elsewhere. He has a bachelor’s degree from Dordt University in political science, business, and economics and a Master’s of Public Policy degree from Simon Fraser University. He interned with a Member of Parliament (the late MP Mark Warawa) and within a federal department (Transport Canada). He also assisted in leading a local ARPA chapter (ARPA Fraser Valley East).

Levi and his wife Jillian currently live in Abbotsford. 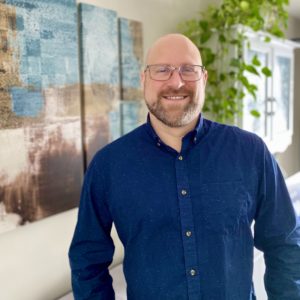 Prior to joining ARPA Canada in February 2021, Ryan spent over 10 years in marketing and visual communications. During that time the mission was to help clients tell their unique stories by merging truth and beauty in a compelling way – in a way that helped people engage with brands in a more meaningful way.

As Ontario Manager at ARPA Canada, the stories may be different, but the principle is the same. Ryan will look to use the truth and beauty of the gospel to encourage the grassroots Reformed community to engage politically and bring a biblical perspective to our elected officials at the Ontario Legislature.

Ryan, his wife Melanie, and their four children live in Southern Ontario. 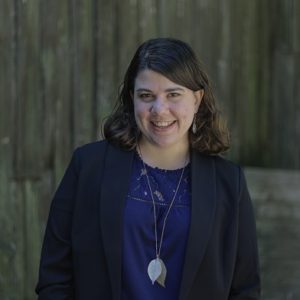 Tabitha Ewert serves as We Need a LAW’s full-time Legal Counsel and as a member of our Law and Policy team in our Ottawa office. She is a graduate of the Peter A. Allard School of Law at the University of British Columbia and completed her articling with ARPA Canada in June of 2018 when she was called to the Bar and became a full lawyer.

Her transition to the role of Legal Counsel will involve becoming acquainted with and involved in lobbying, making presentations, and a variety of other tasks affiliated with advancing pre-born human rights.

Tabitha is from Langley, BC, and completed her Bachelor of Business Administration from Trinity Western University prior to going to law school. 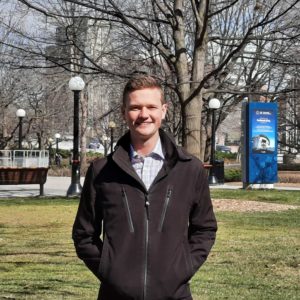 Daniel Zekveld joined the ARPA team in March 2021 as a full-time Policy Analyst, with a primary focus on Ontario policy. His responsibilities include research and writing, lobbying, and other forms of policy communications.

Daniel has an Honours Bachelor of Arts in International Relations from Redeemer University and a Certificate of Leadership and Applied Public Affairs from the Laurentian Leadership Centre.

Daniel and his wife Maria live in Ottawa, ON. 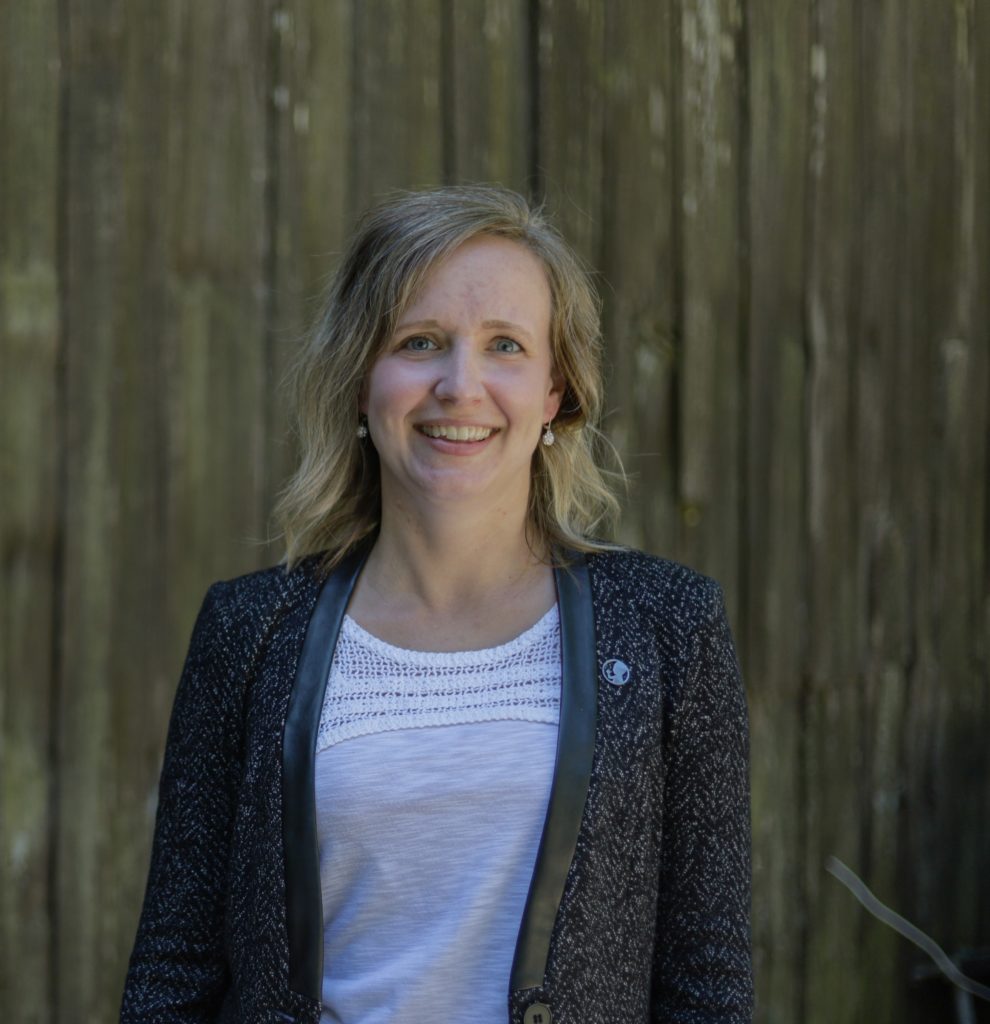 Anna joined the ARPA staff as the West Coast Assistant for the WeNeedaLAW.ca campaign in April 2015. She focuses on research, writing, and editing for both ARPA and We Need a Law.

Anna completed her Bachelor of Arts in Psychology with a minor in Criminal Justice at Simon Fraser University and the University of the Fraser Valley.

Anna and her husband Carl live in Chilliwack, B.C. with their five children. 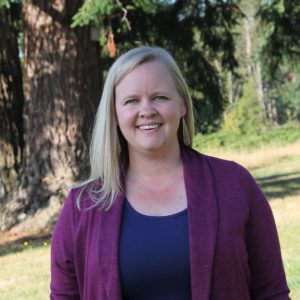 In her role as Executive Assistant to Mike Schouten, Elyse makes travel arrangements, organizes lobby meetings with Members of Parliament, and ensures that Mike is organized. Elyse also organizes ARPA’s annual events and manages the BC office.

In addition, Elyse takes care of the administration for the We Need a Law campaign. She sends out regular communication to supporters, directs media inquiries, facilitates speaking engagements, flag displays and meetings with Members of Parliament, and is generally the first person you hear from if you contact We Need a Law.

Elyse is based in Abbotsford, BC. 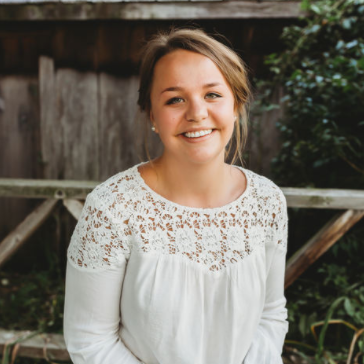 In her role as Executive Assistant to André Schutten, Theresa makes travel arrangements, organizes lobby meetings with Members of Parliament, and ensures that André is organized. 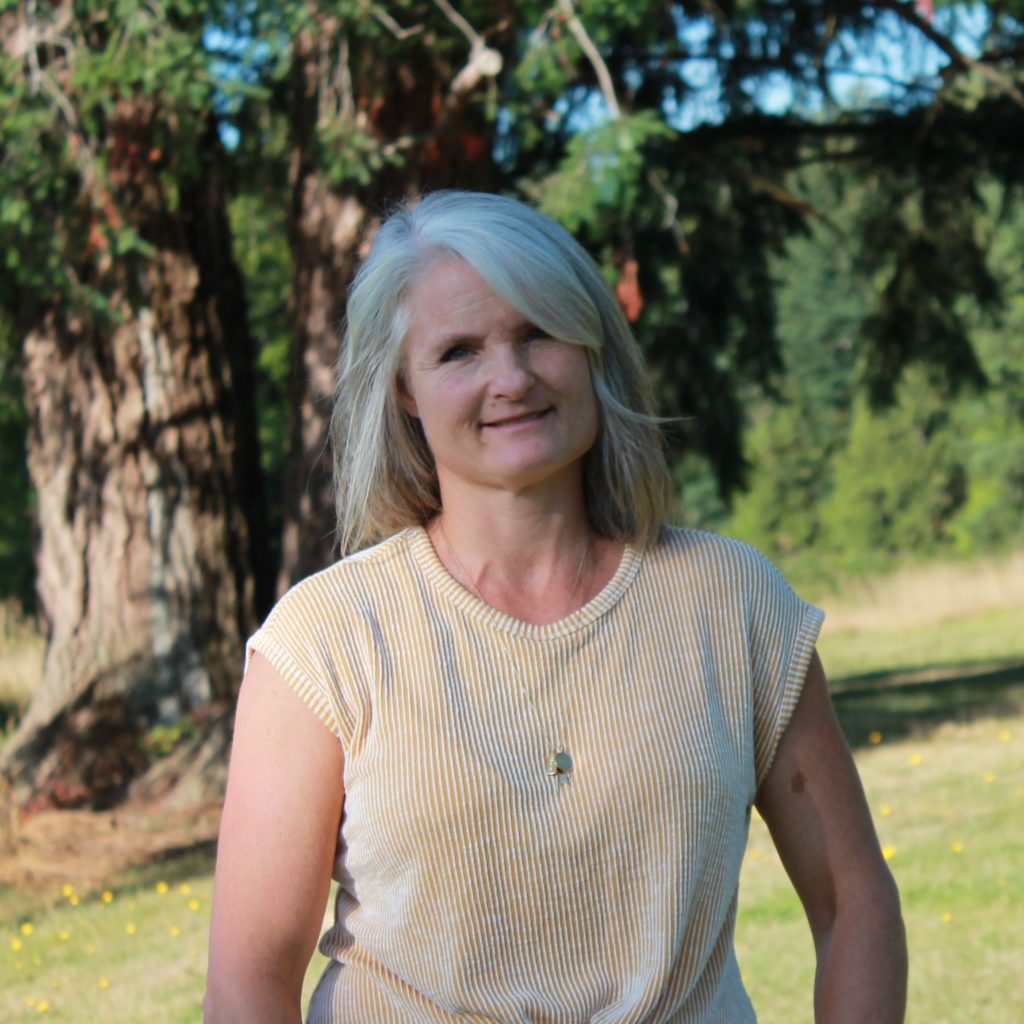 Karen works behind the scenes by managing ARPA’s donors and assisting ARPA’s staff with administrative tasks. Having worked for a bank, school, and church, she brings an incredible amount of experience with managing finances, books, and communications.

Karen and her family live in Smithers, BC. 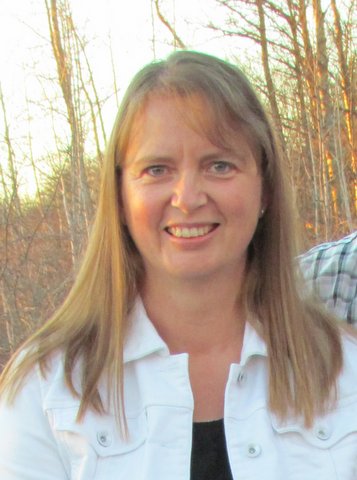 With the ARPA team quickly growing, we are very grateful to have Joanne join us to assist Karen in handling donations. Before moving to Smithers she took care of the accounting and donations for her church and her family’s business, and was also a school secretary for a number of years.

Joanne and her family live in Smithers, BC. 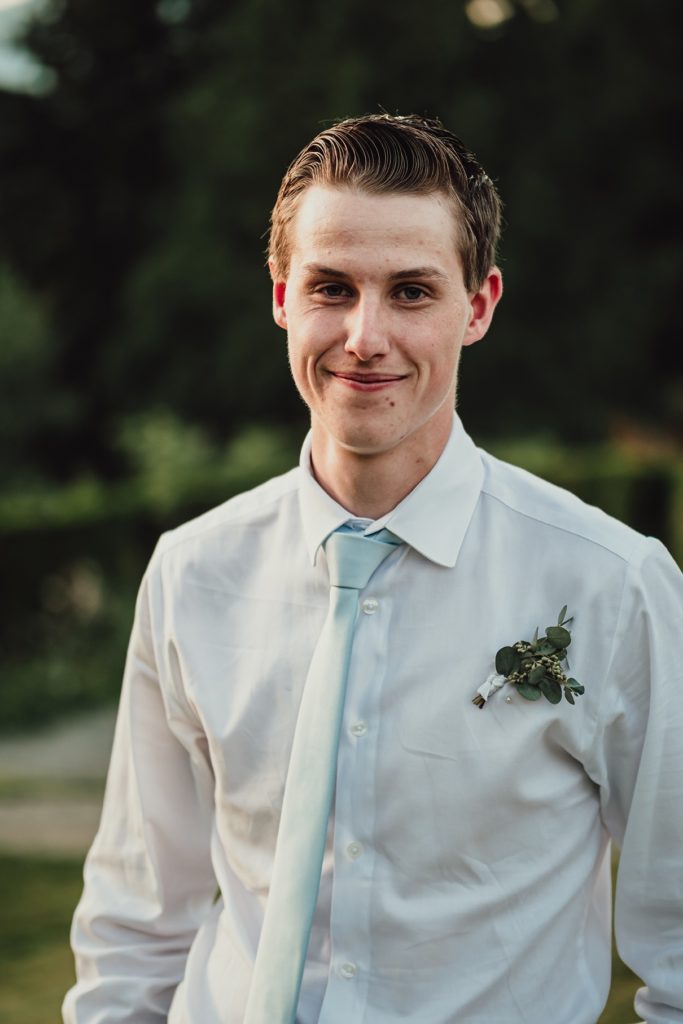 Daniel joined ARPA in April 2018 and is responsible for all things I.T. He takes care of developing and maintaining ARPA’s website, as well as video editing and production.

Daniel has a diploma in Computer Information Science from the University of the Fraser Valley and manages his own videography and software company, Evolve Digital, on the side.

Daniel is based in Chilliwack, B.C.