BBQ Fundraiser
On Saturday, August 25, the Neerlandia ARPA School Group joined their local ARPA chapter for a hot-dog sale at Freson Bros. in Barrhead, AB. The sale lasted three hours in which many people came past. With three ARPA school club members standing at the street corner holding a sign, and the adults running the grill, we were able to witness to many people. The most asked question asked was, “What does the ARPA stand for?” It was a moment for us to raise awareness about what ARPA does with our local community members. These are the members that don’t know about us, don’t know what we stand for, and don’t attend our meetings. There were many people who then voiced their own opinions about what was happening in politics and what they thought of political parties and the government. We received thumbs ups, waves, and many encouraging comments. Several people that didn’t know there was a non-party organization that raised awareness were extremely happy to hear about ARPA. We were able to direct many people to the ARPA Canada website and the ARPA Canada facebook page. All the hot-dogs, pop, buns, and sauces were donated by the Freson. Bros. The sale was by donation. But many people were willing to give because of what ARPA stood for. We had several people come back to give a larger donation because they heard what ARPA was. In three hours we made $622.75. But it wasn’t about the money for us. While this will allow us to hopefully put more articles in the newspaper, the most important part for us was the witness we could be to the community. 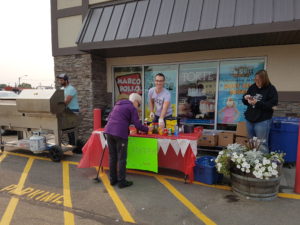 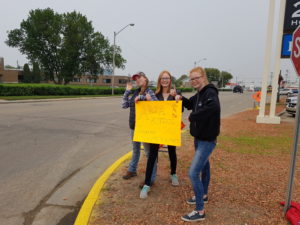 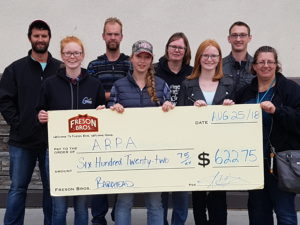 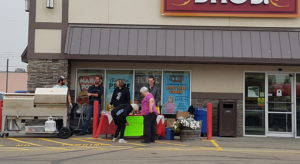