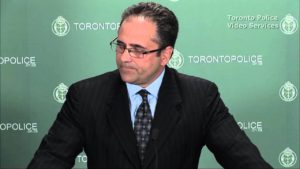 Police in Toronto made an announcement last week that has restarted the discussion about criminal charges in cases where pregnant women are murdered and their unborn child dies as a result of the attack. The announcement centred on the death of 33 year old Candice Bobb of Etobicoke. She was shot and killed in a drive-by shooting last May. She was five months pregnant at the time. Her baby – a boy – was delivered by caesarean section. He died a few weeks later. Police are still looking for suspects in the shooting, but say if they eventually solve the case, there will be two charges laid: one in the death of the mother and the other in the death of the baby. In making the announcement, Sergeant Mike Carbone, a detective with the Toronto Homicide Unit conceded that this case involves a “complicated part of the law”.

Specifically, the law being referenced is Section 223 of the Criminal Code, which says “a person commits homicide when he causes injury to a child before or during its birth as a result of which the child dies after becoming a human being.”

Mike Schouten with We Need a Law says the fact that it took police almost year to come to this decision shows what’s wrong with the current legislation. “The Crown is grappling with this because there is such an incredible hypocrisy. If the child had died in-utero and not been born first, they would have had no problem just asking for the one charge dealing with the pregnant mother.” Schouten says it shouldn’t have taken police almost a year to come out and admit that they’re looking for someone who has committed two murders according to the Criminal Code. Schouten says the case again illustrates Canada’s “lack of any protection for children right up to the moment of birth is what’s at play here.”

Last year, Parliament declined to pass “Cassie and Molly’s Law”, a private member’s bill which would have automatically mandated charged in cases like this.