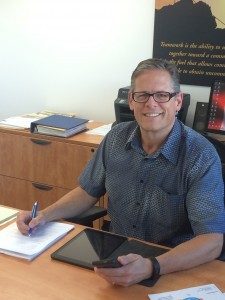 On the feature this week, a conversation with Doug Sharpe, the president of the Canada Family Action Council. We interviewed Doug after he spoke at an event in Victoria, sponsored by Freedom Defence Canada.

LN: The Canada Family Action Council has evolved somewhat since the days when it was organizing the “Defend Marriage” rallies during the debate over gay marriage. I’ve heard you speak publicly, and you talk about “a different approach” and the notion that continuing to do things the way we’ve always done them guarantees the same results, which are not necessarily that good. (You speak about) the difference between being reactive and being proactive. Talk about that a little bit.

DS: Certainly. Historically I guess what we could start with is that we all know there are elections. We elect our representatives, we send them to Ottawa in the expectation that they will represent us as constituents in our home ridings. There was a time, I believe, where you could – as issues came up in Parliament that would impact or affect you back in your home constituency – there was a time I believe where you could share your views with your Member of Parliament on these issues and you could actually influence their decisions based on sound logic. There was some ability to speak and offer up good arguments to supporting one position or another. But unfortunately (today) there seems to be greater influences bearing on our elected representatives at times than their constituents’ influence over them while they’re in Ottawa. So I’ve just come to the realization that more of an emphasis needs to be put on sending the right person to Ottawa, and I’m not dissing anybody that’s already there. I’ve got to be clear here. It’s a very tough job that they’ve got in Ottawa right now. You’ve got so much special interest that’s coming down on you. You’ve got people that are very loud, yelling in their ears. If a Member of Parliament dares to speak up in defense of views and values that perhaps aren’t as popular as others, he risks getting accosted or swarmed by people who are very aggressive. They’ve got a tough job.

But we just want to make sure that we’re sending people to Ottawa that have the personal character and the strength and the willingness to stand against those things. A classic example is Bill C-16. When I’m contacting Members of Parliament in Ottawa, and they’re telling me that they just think that this is not the hill to die on, and they’re gonna just hand it off to the Senate without a vote, that concerns me. I’m very concerned about the fact that more Parliamentarians didn’t just go absolutely nuts when it looked like that bill was going to be passing through their hands at second reading without any Committee hearings – without any kind of witnesses called – and then it went on to third reading and the vote was even a recorded vote, and it go passed off to the Senate. I was expecting an absolute uproar, but unfortunately, it looks like our Members of Parliament – on that vote in particular, or that opportunity in particular – passed, because they just didn’t have, I guess, the character or the backbone to stand up against it.

LN: How much of this has to do with party discipline and the whole notion that it’s being set up so adversarially in Parliament. If you don’t tow the party line, there’s all kinds of consequence.

DS: Al, I totally believe that. For years, I was very active in the Conservative Party of Canada, and there was a need – especially under this last Conservative government – they knew that there was a lot of people that were working against them. Obviously the media wasn’t going to give them any break, the Liberals and the NDP, every time they made even the slightest mistake they knew that that mistake would be amplified through the media. They needed to run a very tight ship, and I don’t blame them. I don’t blame them, because every time an opening comes for them to be attacked, it just seemed like it was so much more dramatic than it needed to be.

But party discipline is one thing, and I’m seeing that now obviously as well. We’ve got an interim leader right now, the party’s preparing for 2019, they’ve got a sort of a “don’t rock the boat” mentality when it comes to social policies and social issues. I understand it, because they really have a sound case; they really do have a sound platform to ride into the election on fiscal issues. We’ve got a Liberal government right now that is absolutely running amok. I mean, we’re going to be $90-billion dollars in debt by the time 2019 rolls around. They just want to fight that battle on fiscal platform items alone. I understand that. But there’s a whole bunch of Canadians who have social views and values that want to know that in the future of  the Conservative Party of Canada especially, that they have representatives that are actually, truly going to represent their views and values when they’re in Ottawa.

LN: So you talk about the candidate selection process, and I don’t know how “down in the weeds” you’re going to get in terms of issues. I mean, I know Alissa Golob and the Right Now people are really banging the drum for pro-life candidates. That’s their defining issue. Is that the approach that your group wants to take, or is it more sort of generic?

DS: Well, our approach has been – especially over the last six months – we’ve been focused on ah… first off, we wanted to define our constituency. We think it’s important to make a case to politicians – to federal politicians especially – that we are a constituency here in Canada, and we deal specifically with Christian conservatives – people who identify as Christian conservatives – people from the faith community who are conservatives, and we just want to define that constituency and make sure that politicians know that we are here and we do want to be represented. Secondly, over the last six months we’ve spent some time asking that community to communicate to us what it is that they felt was important, so that we could then share it with the candidates that are coming forward on the road ahead.

Right now we have 14 candidates running for the leadership of the Conservative Party of Canada, and we’re actively working to share the input that we’ve secured from the faith community with them, and encouraging them to apply or adopt those ideas into their platforms. Now, not all of them are interested in even talking about those things right now, but the ones that are? I think they’re going to do very well with our community.

LN: It’s interesting. You say you did a survey. What was the number one issue that came up?

DS: We got some great feedback from everybody, but the one thing that rang true more and more out of all of the items that came up was parental rights. And specifically, a parent’s right to raise their children the way they want. Parents really, really passionately want to have the freedom to be able to raise their kids with the same kind of moral and social and religious awareness that they have. They want to raise their kids and be free to do that without interference from the State.

LN: Let’s look ahead 10 years. What’s the future of – for lack of a better description  – the “social conservative” movement given everything that’s been going on on the transgender front and a whole bunch of other issues?

DS: Well I’m excited about the future because there’s a lot of new people joining the party. There’s a reinvigorated group of youth and young adults. There’s a lot of people with competing ideas joining the party, but I really think that the new people that are joining – the younger people that are joining the party – are not going to put up with getting shouted down. They’re not going to put up with not having an opportunity to contribute their views to the conversation. And so I think it’s some really happy warriors- and I hate to use that word ’cause it’s so popular these days – but there’s some real fresh new faces and happy warriors joining the team, and I think they’re going to have a great influence on the road ahead.