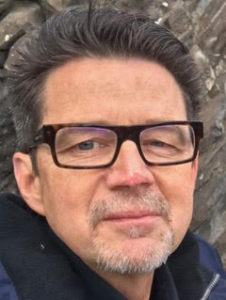 What is underlying the current turmoil over so-called “Sexual Orientation and Gender Identity”, especially in the education system?

That was the topic of a speech given in Kelowna, BC last month, to a conference of online homeschool educators. The speaker was Philip Hills, the Executive Director of the Association of Christian Schools International.

The speech was almost an hour long, and we’ve boiled it down to just over 6 minutes, which necessarily left a lot of material on the cutting room floor.

The speech references something called the “SOGI movement”. SOGI is the term that the BC government has now adopted with respect to the issues of “Sexual Orientation and Gender Identity” in the education system.

In essence, the address talked about common ground that Christians can find with people struggling with these issues. The speech was entitled “The Resurrection as a Key to Understanding the SOGI Movement”.

Philip Hills: SOGI is grounded in the idea that our bodies might not be integrated with our sense of self. There can be an inherent conflict between the parts of our being, leading to deep existential angst, and a profound desire to find some form of an integrated identity.

Because Genesis 3 reveals that we began to disintegrate when we defied God’s definition of the good life for (us). Without God, we are left with a desire for pleasure that no experience on earth can fully satisfy. So the first bit of common ground that we share with people in the SOGI movement is “I am not an integrated person. I’m not a fully integrated person. There’s tension between the way I see myself, and the way I am.”

There’s another one that’s very profound, and that’s this: “I am not satisfied with my life.” You know, if you’re in the same-sex movement, “I cannot find satisfaction in a sexual encounter that is in line with my biology. I’m not satisfied.”

But I want to guarantee that there isn’t a person in this room that could honestly say “I’m totally satisfied with everything in my life.” I would suggest that all of us, as we get older, get to a point where we realize there’s still a gnawing hunger in us. And I want to suggest to you that people that self-identify as members of the SOGI movement are all people that are saying “I’m not satisfied with the traditional answers. I will never be a happy person if I have to live as a man, even though I don’t feel like I’m a man.”

And you know what, brothers and sisters? We need to be very careful as Christians to not say something that isn’t true about our own lives. Which is: “I am totally satisfied.” I’m not! I mean, I’ve been a Christian for years and years and years; I read the Bible, I teach the Bible, and I cannot tell you right now that I still don’t kind of look in other areas – that are probably not really great areas – to get satisfaction.

Let me give you a safe one to talk in a public place. I’ve had this car obsession all my life. It started when I was young and I had a lot of friends with great cars, and I didn’t because I was saving up to go to Bible school. So I was really more spiritual than my friends. But secretly, I wanted a hot car! And so finally when I got a job as a teacher, the first thing I did with my first pay-cheque was I went out and bought a hot car. And it’s been something that’s dogged me all my life. So I’ve recognized that as a sort of dysfunctional part of my life, and what am I looking for this summer? In my spare time? A convertible!! I had skin cancer! I don’t need a convertible!!

But what am I doing? Why am I doing that? Because there’s this hunger inside of me. And don’t tell me that you’re sitting there today and you don’t have something. Maybe some of you can say this, and I want you to write a book, ’cause I will read it. But don’t tell me that there are even some things that haven’t really been that helpful in the past, but you still are drawn to them. You’re still vainly hoping that maybe that thing will eventually deliver what you’re looking for. You know what you’re all looking for? The same thing I’m looking for. Total satisfaction. Total contentment. Total happiness.

See, and Jesus over and over again says “I’m here. I’m here. I’m here.” Now this is very important. Jesus made it clear when He was walking on this earth; we’re in the engagement time of life, and that’s a tough time. Jesus is saying: “I’m engaged to you right now. The marriage is coming, and it’s gonna be spectacular. But right now, you’re just engaged to Me.” So you’ve gotta live like an engaged person lived back in His day, and back in His day when you got engaged, you were treated like a married person. You actually had to get divorced in order to break up the engagement, but there was no sexual contact; in fact, there was no contact at all. In those days, the woman had to go away and get ready – and be ready – (for) when the husband came. And the reason why he didn’t come is because he hadn’t built his house yet. An engaged man had to build a house, and when he was done – when the last brick was in place – he would come and get his bride, often in the middle of the night. And God says to us: “I’m engaged to you. It’s permanent, it’s not gonna change. I’m never gonna walk away from you, but you have to wait for the wedding night.”

So, as Christians, we all have to say we’re all gonna have to learn to live dissatisfied lives. And that’s not a bad thing. And the only reason why you can put up with being dissatisfied is if you’re convinced you’re gonna get what you’re waiting for. Jesus promises total satisfaction. You can be unsatisfied for the rest of your life. You can live in very imperfect bodies with very imperfect people and very difficult circumstances if you know it will come to an end.

The question of our age is not “Who am I?” as much as “How can I find total satisfaction?” Listen. The resurrection is an essential answer to today’s identity question. Today’s identity question is: “Why am I disintegrated? How can I become integrated? Why am I dissatisfied? How can I become satisfied?” And here’s the answer: “Jesus rose from the dead.” In other words, your body is broken. Your body is imperfect. Your body doesn’t line up with your consciousness. There is a genuine disintegration that all of us live with. And one day it will be over.

Yes, you are longing for something that you don’t have right now. And that’s why increasingly, our kids are willing to go way out from normative sexual practices and all that kind of stuff. Because they’re desperate for satisfaction. Well what if they began to believe they could be satisfied?

Let me pray, and then I’ll be done.

PRAYER: God, this is a big issue. It’s still growing around us. We desperately do not want to come across as hateful, dismissive, dehumanizing people. We do not want to push kids away from Your throne of grace. but at the same time we don’t want to present to them a lie, that they can have their way of seeing themselves and Jesus at the same time. Because Jesus, you asked us to abandon everything. You say to us, though we might have been born a certain way, we must be born again. We must be reborn in the new identity that is superior to any identity the world can give us; people who are members of the family of God with promised perfect bodies in a totally satisfactory world where we will enjoy You forever. That is the hope, that is what we went to get our kids to, and so what the enemy has intended for evil – that being the destruction of souls though this confusion that has been bred about identity in the world today – may You turn it into good. An opportunity for kids to actually encounter the living God who loves them unconditionally, and then to find the most glorious identity available to people, which is “beloved by God.” So let that be the outcome of all of this.