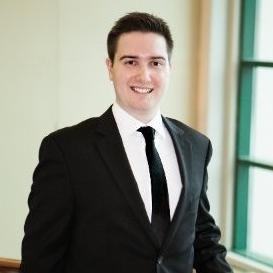 On the feature this week, two interviews about the election of Mr. Andrew Scheer as Leader of the Conservative Party of Canada.

Scheer won the post at a leadership convention in Toronto on May 27th – in a preferential ballot that went to 13 counts. In the end, he beat out Quebec libertarian candidate Maxime Bernier.

Scheer got just under 51% of the points in the Party’s riding by riding distribution system; Bernier ended up with just over 49%.

Since the win, Scheer has been demonized by the Liberals and the NDP for being a so-called “scary” social conservative; there have been predictions that he’ll move to re-regulate abortion and undo much of what the Trudeau government is doing on things such as transgender rights.

But Scheer had been clear throughout the campaign, saying any government he might lead would not introduce legislation on what he called “divisive social issues”. At the same time, though, he was also clear that he would allow his back-benchers to introduce private member’s bills on these issues, and that votes on those issues would be purely along conscience lines, with not even his Cabinet ministers being bound by caucus solidarity.

But one thing is clear. Social conservatives did play a major role in Scheer’s win. One of the groups that spent a lot of energy getting the social conservative vote out was the Right Now organization. Scott Hayward is one of the people behind that group.

LN: Scott, you’ve done some interesting analysis on the final numbers. Social conservatives definitely had an impact in terms of the final result in the leadership race.

LN: How much credit – and I want to be careful on how I ask this – but how much credit does “Right Now” take? Or is this more a broad social conservative sort of zeitgeist within the party?

SH: I think that our organization and certainly our volunteers and our supporters and our donors are a big reason as to why social conservatives did rank Scheer on their ballot. For the political pro-life organizations, we did recommend Andrew Scheer to be on the ballot; we recommended him as number 2, while other organizations told their people not to rank him at all. And it’s comforting to know that the vast majority of people who put Brad Trost as number 1 on their ballot did rank Scheer somewhere on their ballot; probably within their top 3 if not top 5, and ahead of Maxime Bernier. So we were the primary organization that was out there; that was on social media, going across the country physically, talking to people on the ground, calling them, emailing them, texting them, to give them all the information that we had gathered. To let them know our recommended ranked ballot, and to certainly say that Andrew Scheer is a 100% pro-life candidate and deserves to be at the top of your ballot.

LN: There’s a piece on i-Politics, written by a guy named Martin Patriquen – the link is here. The headline is “So-conned: Why social conservatives lost when Scheer won.” It’s a rather cynical piece that says Andrew Scheer’s not going to do anything for social conservatives; that’s really the bottom line. What’s your take on that?

SH: Well, I think we need to have reasonable and measured expectations. I think sometimes some pro-lifers think that “Oh, we now know we have a pro-life leader, he can simply introduce legislation and it’ll become law.” But that’s not how the political and legislative process works. You need to have a majority in both the House of Commons and the Senate in order to pass any legislation, whether it be pro-life or otherwise.

It’s no different here. We need a majority in both Houses of Parliament, and we need to have a pro-life Prime Minister. So this is the first step of only one piece of the puzzle for the long-term gain. But it is a huge step forward. It is an important step, and we’re really glad that we took it. We’re really glad that pro-lifers right across the country got engaged in it. And so now the next step is to get out there; hit the ground this summer in targeted ridings to identity other pro-lifers in key polls to make sure that we win those nominations for the 2019 election so that we can elect as many pro-life Members of Parliament as possible.

We Need a Law, ARPA’s pro-life arm, was also involved in the leadership campaign, but with a somewhat different focus. The organization had a booth set up on the floor at the leadership convention. Lighthouse News spoke with Director Mike Schouten at that booth shortly after the leadership voting had concluded.

LN: Mike, it was quite a night.

MS: Yeah, it was exciting to be here. I mean we were here the whole weekend. It was exciting just because we were here advocating for pre-born human rights. As (your) listeners will know, we don’t oppose or support any individual candidate. We advocate for pre-born human rights. And there were many candidates talking about it. But being here at the convention with all the members coming past our exhibit, it was so telling as to how much support there is out there for an international standards abortion law. Whether people identified as pro-choice or pro-life, they understood that, if you’re pro-life, saving some is better than saving none, and if you’re pro-choice that fetal interests need to be protected at some point.

So we’re super encouraged with the outcome, with Andrew Scheer being the new leader. Obviously his track record is that he is pro-life. He has obviously had to dance a little bit during the leadership race, but we’re very hopeful that he’s going to stay true to his word and allow private member’s bills to come forward that would address the legal void that exists in Canada.

LN: You know, looking at the result, there were two other social conservative candidates – about a month ago, we had all three of them on for a debate here – and that was Brad Trost and Pierre Lemieux. They both did very well. Trost ended up I think 4th or 5th. He lasted till beyond the 10th ballot. That’s gotta say something as well about the make up of the party and the fact that this messaging is starting to have an impact.

MS: Yeah, I think it says a number of things. One is that the work that we’ve been doing, and that our supporters have been supporting and engaged in for five years now is paying off. That Canada’s the only country in the world with nothing – we heard that refrain many times during this leadership race.

But also, it goes to show you that there are a lot more pro-lifers in Canada than some Canadians – and especially some in the media – might like to think. It also, I think, says to Canadians that socially conservative people…they’re a motivated bunch of people. And when you ask them to commit to something like supporting a candidate, like buying a membership, like getting out to actually vote for that candidate, they follow through on it. So So-Cons are an effective group of people in Canada, and it’s encouraging for us to know that.

LN: Going forward, you talk about the fact that we didn’t endorse anybody as ARPA or We Need a Law. But there were some relationships built I’m sure, with the Lemieux campaign, with the Trost campaign, and also with the winner, Mr. Scheer. Can we capitalize on those relationships on the ground when it comes to moving things forward?

MS: Yeah, I definitely think so. We’ve been cultivating these relationships for many years now. And what we’re seeing is that because we’re engaging on this issue in a respectful manner – and being actually non-partisan, like treating them all the same; we’re not saying everybody has to vote for Scheer or has to vote for Brad Trost – we’re saying “Look, there’s candidates speaking about pre-born human rights. Let’s see what we can do to ensure that those voices that they’re having can continue (to be heard) in the arena of Parliament and the House of Commons.”