LN feature: Make us a cake or see you in court 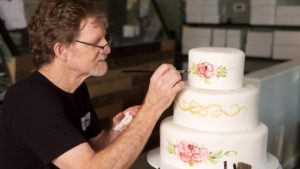 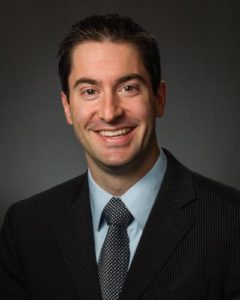 The United States Supreme Court held a hearing last week on a case with huge implications for freedom of religion.

As we were posting our podcast on the Trinity Western case, the highest court in America started hearing oral arguments in a case called “Masterpiece Cakeshop vs Colorado Civil Rights Commission.” It involves a Christian baker, Jack Phillips, and his fight for the right not to make a cake for a gay wedding. Mr. Phillips was represented before the Supreme Court by the group “Alliance Defending Freedom” – a Washington-based legal group that specializes in cases involving religious freedom.

Jim Campbell is the Senior Legal Counsel with Alliance Defending Freedom the ADF. He was co-counsel in the Masterpiece Cakeshop case, and he joined us on Lighthouse News this week.

LN: So this case in Colorado – I mean I’m sure you’ve been following a little bit what’s been going on in Canada; we had the Trinity Western case earlier in the month centering on the notion of religious freedom at universities – now we have a baker from Colorado who declined to make a cake for gay wedding. And that wound up before the American Supreme Court. You were in the court for the hearing last Tuesday.

Talk to me a little bit about some of the basic arguments that were presented there.

JC: Sure. The case is one that has been around and ongoing for 5 years now. The facts are very, very simple. Jack Phillips is a cake artist. He makes custom cakes to celebrate his clients’ life events, including marriages. He was asked about 5½ years ago to create a cake celebrating a same-sex marriage. He politely declined because of his religious beliefs, but he very quickly told the two gentlemen that he would sell them anything else in the shop, or make a cake for them for another occasion. It was simply designing a custom cake to celebrate a same-sex marriage that would conflict with his faith. And so that’s sort of the background. That’s really all the key facts in the case. And so when the US Supreme Court heard the case last week, it asked a lot of interesting questions, but at the heart of this case is really the freedom of all people – including particularly creative professionals – to live and work consistent with their sincerely-held religious beliefs.

LN: I find it interesting that, I mean, the American context is different than the Canadian one. In the Trinity case the argument was about freedom of association. You know, (the notion that) groups are free to form associations based on various things including religion – that was (one of) the argument(s) that was made. Here, we’re talking about freedom of expression and a “cake artist”? I mean, to me that’s a foreign concept. Why not argue the point that there’s a freedom of religion piece involved here? Or is that part of the argument, and I’m just not getting it?

JC: It is part of the argument. So there are two primary arguments that we’ve raised in support of Jack Phillips. The first argument is free exercise of religion. That religious liberty protects the rights of people like Mr. Phillips, who serve everyone but simply can’t create certain cakes that express particular messages or that celebrate certain events; we think that people like that should have the right to live and work consistent with their beliefs. So there is a “free exercise” claim. But there is also a claim that involves artistic expression and freedom of expression for creative professionals.

LN: One of the things that is at stake here I think – based on what I’ve been reading about the case – is the whole notion of state anti-discrimination laws that require businesses that are open to the public to treat everybody equally. And I think about 20 states specifically mention the whole sexual orientation piece as part of the requirement for “treating people equally.” Where does that fit into this equation?

JC: Well, our opponents in the case do make arguments based on those laws, but our response has always been that Jack Phillips serves everyone. He offered to serve these two gentlemen. There’s just some cakes that he can’t make. And so at the end of the day, really, this is no different than if Jack is asked to make a cake celebrating Halloween, which happens to be another category of cakes that he doesn’t make because of his sincerely-held religious beliefs. So the case here is no different. He’s happy to serve everyone; he’s just not able to make every cake consistent with his conscience.

LN: President Trump’s Solicitor-General, Noel Fransisco, was at the court hearing, on the stand, representing the federal government. He told the court that business owners shouldn’t be forced to create or contribute to an event they disagree with on the basis of their religious beliefs. One of the analogies he used was an African-American artist who should not be compelled to sculpt a cross that would be used for a Klan service.

Is that analogy valid?

JC: I definitely think it is. And if you look at the arguments that the state is making in this case, they’ve been very clear that they’re happy to compel people to either create art or speak messages that are in violation of their beliefs. And so what we have if, you know, we consider this case, are some of the examples you just raised. Which is, “Are we gonna force someone who – just because they made a cross say, for a Lutheran church – now has to make a cross for the KKK or some other sort of white supremacist religious organization?” I think not. And I do think that there should be freedom.

LN: It’s always kind of a mug’s game to predict what a Supreme Court is going to do. I know certainly in our case on this side of the border, nobody knows what’s going to happen with the Trinity Western case. Do we get any sense of where the justices are in this case?

JC: I think the one thing that we learned is that the justices see the far-reaching implications of this. So you talked about the Trinity case in Canada, and we’ve been watching that very closely here in the US. We think that’s a very important case. But I think the justices see the implications of this Masterpiece Cakeshop case on issues like that.

For example, Chief Justice Roberts, the Chief Justice of the US Supreme Court, recognized in his questioning that… he was concerned that this sort of a ruling could have implications for organizations like a Catholic Legal Aid organization that is willing to – and that offers – pro-bono legal services. He was concerned whether this would force them to provide legal services in conflict with their faith. And the state – the gentleman who was arguing the case on behalf of the state (of Colorado) – indicated that they very well might be forced to take cases and to argue positions that would conflict with their religious beliefs. And I think that shows that while this case – Masterpiece Cakeshop – involves a cake artist, the ramifications are far-reaching, and I think they reach even issues like what you all are dealing with in the Trinity Western case in Canada.