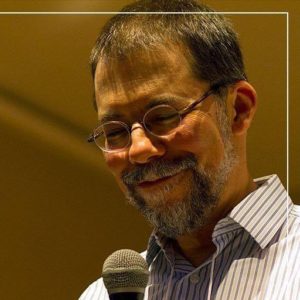 There’s a provincial election coming up in Ontario less than a year from now. Voters are due to go to the polls on June 8th, 2018, and there’s a lot of turmoil in Ontario politics heading into that vote.

Patrick Brown’s PC Party is facing considerable internal dissension; several unsuccessful nominees are going to court, challenging the way nomination procedures have been run. Social conservatives in that province are becoming increasingly concerned with what they see as a drift by the Ontario PCs into social liberalism. That has prompted the creation of several new parties, and some protest movements against Brown’s leadership.

To talk about these developments, I’m joined on the program this week by Dr. David Koyzis. Dr. Koyzis is the long-time head of the political science program at Redeemer University College in Ancaster, just outside of Hamilton.

LN: First of all, I want to say that this is not about partisanship. ARPA has always been strictly non-partisan. But the reality is that for a lot of Christians in Ontario right now, they’re faced with some dilemmas right now. On the education front for example, Kathleen Wynne’s Liberals have managed to alienate a lot of traditional Christian and social conservative voters with that sex-ed curriculum piece. And that means that in a normal election cycle, those people might vote against the Liberals, which would likely put them in the PC camp.

But the perceived reality now is that Patrick Brown’s PC’s haven’t done much to impress that same block of voters, correct?

DK: Well I think that’s true, and I think one of the things we need to be aware of – the way that politics works, especially in Canada and other countries that have an electoral system similar to ours – is that parties are loose coalitions of disparate groups, many of which don’t easily coexist with each other within the same partisan body. And I think that’s what we’re seeing here in Ontario as well. So social conservatives do not make up the whole of the Progressive Conservative Party in Ontario. But of course, any would-be leader who wants to try to make it to the top in the party is going to have to appeal to as many of those factions as possible.

LN: And that’s the critique of Patrick Brown. He used social conservatives to get himself elected to the leadership, but now a lot of those people are looking at him and saying “you’ve thrown us under the bus.” Is that a fair critique?

For example, when George H. W. Bush was President of the United States, there was a pro-life gathering on Capitol Hill in Washington, and he did not go out and join them, but he simply phoned them and talked to them on the phone and expressed support that way. He did not want to have a photo-op with pro-lifers on Capitol Hill because his calculation was that that would not help him politically. So I don’t think that Patrick Brown is unusual in that respect.

LN: You know, the very fact that there’s room for somebody like Sam Oosterhoff in the PC caucus says something, still, about the PCs, right?

DK: It does, and if the party leader does not intervene directly in the vote of a riding association then yes, you can have people who might be outside of the mainstream being nominated by the riding association.

LN: But we now have the creation of several what I would call splinter groups. We first saw it last year with the registration of the anti sex-ed party which was focused on that one issue. Now there’s a bunch of new groups coming out of the woodwork. There’s the Trillium Party, there’s a website called “imout.ca,” (and) a Facebook group that says “Take Back Our PC Party”.

How much impetus do these groups really have? Are they just a few disgruntled folks, or is there more going on here?

DK: Well, I think they are disgruntled folks. I think there’s no doubt about that. Whether they will be able to have an impact on the direction of the Progressive Conservative Party is…I would be very doubtful about that, because it’s not clear to me that they represent the broad mainstream.

But we’ve seen something happen similar to that on the federal level when Stockwell Day was elected the leader of the Canadian Alliance. He seemed to be less than skillful at maintaining the loyalty of his caucus, and so a number of people bolted and formed splinter groups in the federal Parliament. So we may see something along those lines here.

Now the Trillium Party does have an MPP at Queen’s Park, but that’s only one person. So whether they will succeed in making a dent in the PC Party is really difficult to say at this point. I think they probably will not, but what they could do is end up throwing the election to Kathleen Wynne’s Liberals.

LN: Because of the political reality of vote-splitting, right?

LN: This turmoil could play out that way in the election?

DK: That’s right. Splintering and forming another party might make sense if we had some form of proportional representation. In a country like the Netherlands, for example, it is not that difficult to get members elected to the second chamber of the Dutch Parliament, because they have a fairly pure form of proportional representation, and you’re voting not so much for a single candidate as for a political party list. If we had something even remotely similar to that here in Ontario, then it might make sense for other parties to try to get into the act. But the system that we have here – that’s popularly called “first past the post” – tends to favour a two-party system.

LN: And finally – and really this is the nub of the issue – with all the turmoil that’s going on in Ontario politics right now, all the stuff we’ve talked about, what are Christian voters to do? Is it a matter of choosing the lesser of several evils? Do the voters stand on principle, irrespective of the electoral consequences?

I think we all recognize these are not easy questions.

DK: They’re not. Most people in this province or in Canada as a whole tend to vote for the lesser of perceived evils. I think we saw that south of the border last year with the presidential election. There were a lot of people that voted Donald Trump that were not at all enthusiastic about him, but simply did not want his opponent to get into the White House. And in Ontario, we have a very similar type of a system. Basically, if you’re not voting for one of the major parties, you are effectively wasting your vote. And so people want to vote for a candidate that they believe has a good chance of winning, and candidates from minor parties simply do not have that.

Political Action is a Team Effort

The Government of British Columbia's Priorities for 2021