The 5th Annual Parliamentary Forum on Religious Freedom was hosted by David Anderson, MP for the riding of Cypress Hills-Grasslands in Saskatchewan. The forum seeks to educate attendees on the importance of protecting religious freedom in Canada and abroad. Every year, Mr. Anderson brings in several speakers who have long advocated for religious freedom in the world. This year, the keynote speaker was Dr. Os Guinness, an International Adjunct Speaker with Ravi Zacharias International Ministries. 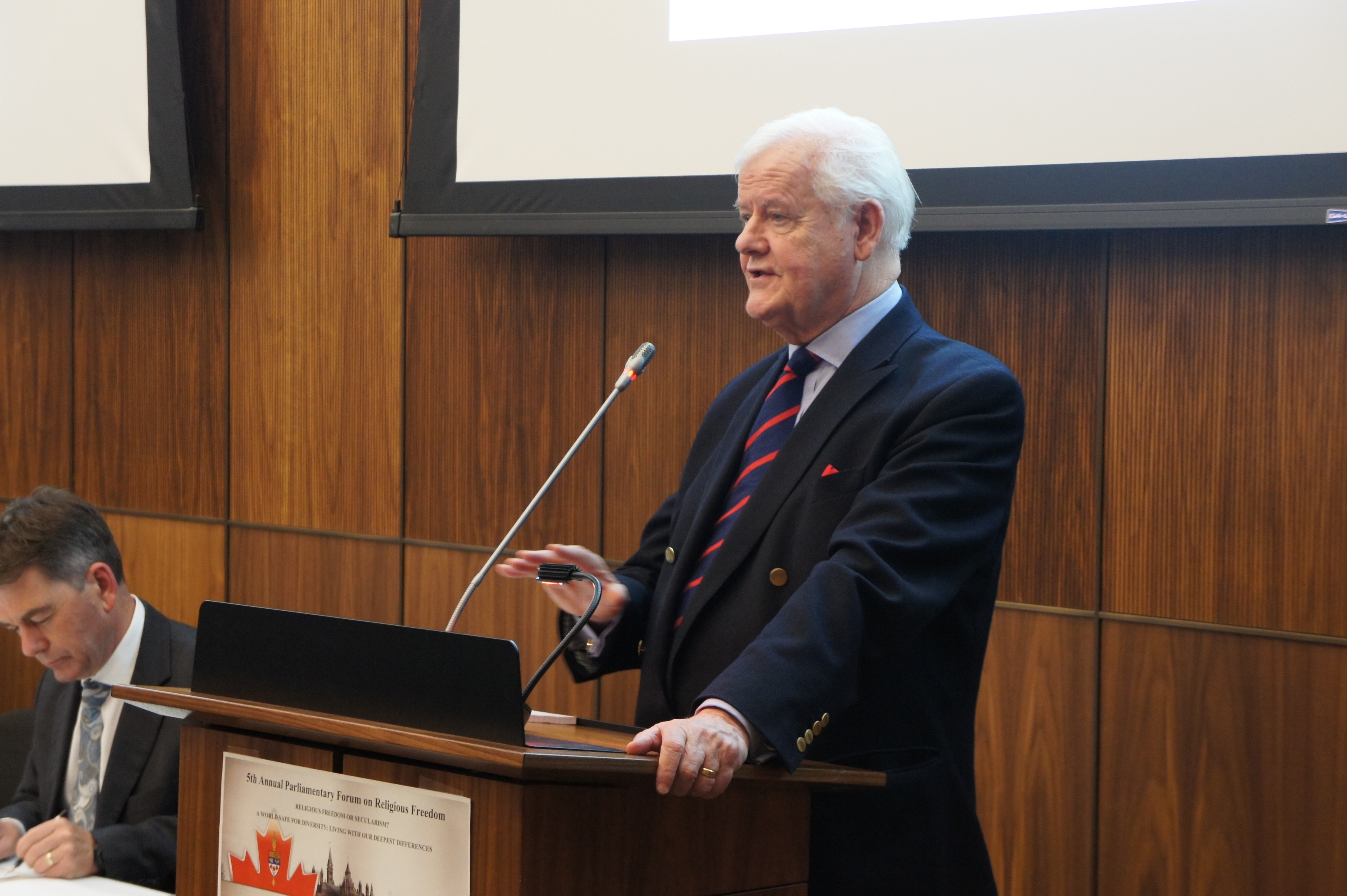 Dr. Os Guinness speaking to the crowd on religious freedom in Canada and abroad.

Dr. Guinness began with highlighting the reality that in today’s increasingly globalized world, “everyone is everywhere.” This is not simply because the world is becoming vastly multicultural, but also because in the current “internet age,” the public square, in which opinions and ideas disseminate between individuals, now exists through online forums and blogs, allowing for “barbarous debate,” protected by anonymity. This leads into what Dr. Guinness believes is the underlying issue for protecting religious freedom. How do we approach a society which has so many different views and contrasting conceptualizations of what religious freedom is?

Religious freedom, he goes on to say, is not simply the freedom to worship, as the US presidency has claimed it to be in the past four years, but rather it should mirror the UN Declaration from 1981 which states, “This right shall include freedom to have a religion or whatever belief of his choice, and freedom, either individually or in community with others and in public or private, to manifest his religion or belief in worship, observance, practice and teaching.” This clearly would include the right for politicians, nurses and doctors to practice their profession within a religious perspective and without any hindrance. Bill C-14 (Assisted-Dying Bill) is one which endangers that freedom of religion, since many Christians will not perform euthanasia or refer patients to someone who will.

What then is the best way to protect our religious freedom? Religious freedom is best achieved if we are first and foremost protecting the religious freedom of our neighbors. Certainly, in many cases the restriction on religious freedom seems most apparent for the case of Christians, but as Abdu Murray, the North American Director for the Ravi Zacharias International Ministries concluded the night, he stated that it is Biblically understood that protecting the religion of others is as important of protecting our own faith. Jesus said, “So whatever you wish that others would do to you, do also to them, for this is the Law and the Prophets.” (Matt. 7:12) This is a command which demands positive action for Christians who desire to worship and practice their faith, to first protect the faith of others. In our Savior’s infinite wisdom, He knew that in doing so we would be a light to the world in that they may see our good works and give glory to our Father who is in heaven. (Matthew 5:16)

Freedom of Religion Email Us