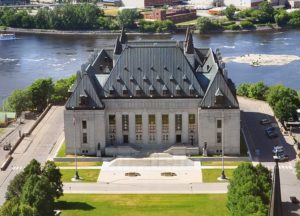 The Ktunaxa First Nation challenged the British Columbia government’s decision to permit the construction of a ski resort, claiming that it would violate their religious freedom by desecrating a mountain that is sacred to them and interfering with their spiritual practices.

The British Columbia Court of Appeal rejected the Ktunaxa’s claim, saying that religious freedom does not protect religious exercise or belief to the extent it requires third parties to “act or refrain from acting and behave in a manner consistent with a belief that they do not share.”

The Court of Appeal decision raised some concerns, because it characterized religion as essentially a private and individual matter. But religion, and religious freedom, has an in escapably public dimension and a communal dimension. Religious freedom protects more than just individual religious expression, it also protects religious communities.

And a legitimate religious freedom claim may have implications for the rights or interests of others who do not share the beliefs in question. Religious freedom does allow religious bodies and communities to self-govern according to their beliefs and to expect others who wish to join or participate in their activities (whether sharing the body’s religious faith or not) to comply, without being penalized.

The Evangelical Fellowship of Canada and Christian Legal Fellowship jointly intervened in this case. They address the points mentioned above. Read more about the case and their intervention here.