A welcome mat for protestors 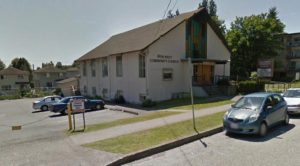 There was an unusual scene in New Westminster, BC earlier this month. It happened on Sunday, March 5th, when a group of people decided to protest outside the New West Community Church, a church that has been tied to the Woman Means Something campaign we reported on a few weeks ago. It’s a campaign against Bill C-16, the law that would add gender identity and gender expression to the prohibited grounds for discrimination under the Canada Human Rights Act and the Criminal Code.

Paul Dirks is the pastor of that church. He says when they heard that the protestors were coming, they decided to put out the welcome mat, providing coffee, donuts, chairs, and canopies to shelter the demonstrators from the elements. The move got mixed reactions. “At first,” Dirks says, “most of the protestors did not want to come to our side of the street.” However, he tried to make himself available to speak to protestors and answers their concerns and questions. Initially they declined, but eventually, a woman knocked on the door of the church saying she wanted to talk, so he went outside. “The woman who came to get me – I greatly respect her and her boldness to do that – we’re actually still having some good conversation.” Dirks says fundamentally, this was about showing that disagreement doesn’t have to result in confrontation. “People are often going to get involved in adversarial kinds of relationships when it comes to things that they have strong convictions about, and we want to present the way of Christ, which is reaching out to others even when we have strong disagreements. This is just the kingdom ethic of Christ, (and it’s) what we want to do.”

Are We Happy Yet? Thoughts on Trueman’s Insightful Book