Over a delicious lunch, ARPA delegates were privileged to hear from a panel of newly-elected Christian MPs. Arnold Viersen, Cathay Wagantall, and Garnett Genuis spoke about their journeys in both faith and politics, and addressed how these two aspects of their lives coincide and influence their personal and political paths. 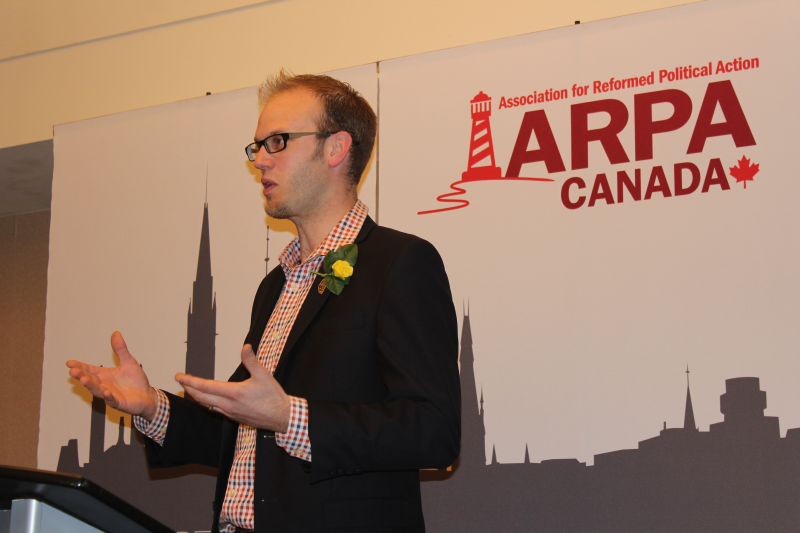 Mr. Arnold Viersen, hailing from the riding of Peace River-Westlock in Alberta, spoke about his unique path from working as a mechanic to becoming federal member of Parliament. Motivated by involvement in his local ARPA chapter, Mr. Viersen attended God and Government 2014 as a delegate from Alberta. Intrigued by the possibility of running in the new riding that was being created in his home area, he met with sitting MPs to explore his options and find out what it would take to win. He took the advice he received seriously and began selling memberships in the new riding; he went on to win the nomination by 21 votes.

MP Viersen testified that it is difficult to articulate how his faith interacts with his politics; not because they are compartmentalized, but because his faith so completely informs his life and the choices that he makes. He was motivated to become politically active by his faith, and it continues to guide him in his day-to-day decision making. 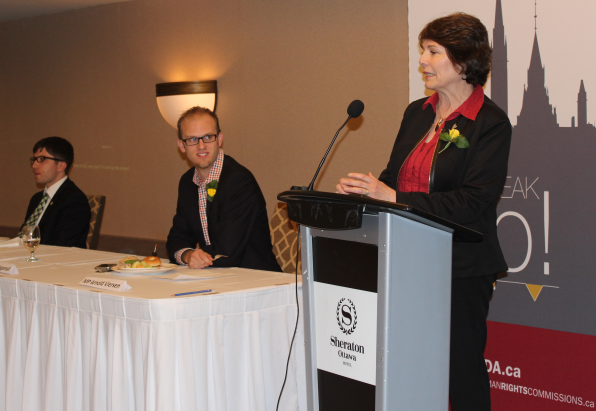 Mrs. Cathay Wagantall, Member from Yorkton-Melville, shared that she has felt God’s hand directing her throughout her life and into her political career. Since a youth leader first told her to prepare for what God has in store for her, she has seen his faithfulness over and over again. Entering seminary with her husband at a time when they had very little money was a test of faith, but God provided for them both through it all. MP Wagantall testified that Joshua 1:9 was a very meaningful passage for her; it reads “Have I not commanded you? Be strong and courageous. Do not be afraid; do not be discouraged, for the Lord your God will be with you wherever you go.” She has carried the truth of this verse with her as she entered political life, losing one nomination race before eventually becoming a Member of Parliament on October 19, 2015. MP Wagantall expressed gratitude for the strong support she has felt from the Christian political community as she moves forward her Private Member’s Bill C-225, Cassie and Molly’s Law. 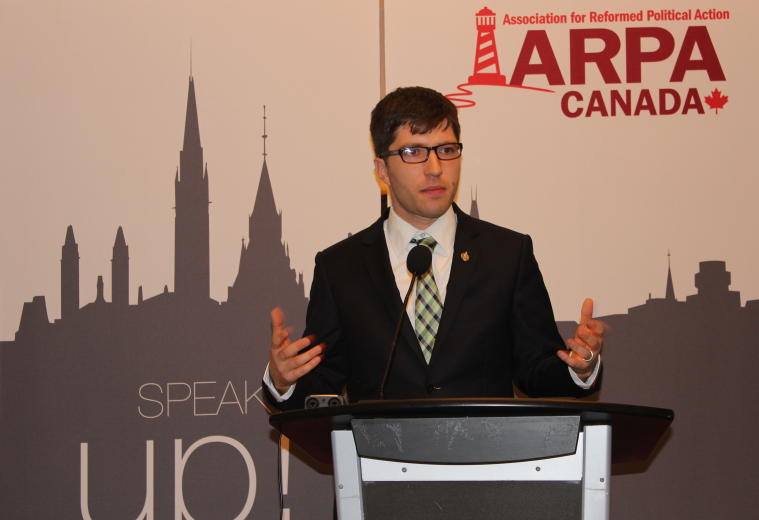 Mr. Garnett Genuis was elected to the riding of Sherwood Park – Fort Saskatchewan on October 19, 2015. Addressing the ARPA delegates, he spoke about how faith and politics in general interact with each other in Ottawa, discussing how they are so easily compartmentalized by politicians and parties. For example, Canadians freely and easily send “thoughts and prayers” to victims of the Fort McMurray wildfires, yet disinvite religion from the current debate over doctor-assisted suicide. He lamented the fact that religious faith, when inconvenient is often ignored.

Speaking about his personal journey in faith and politics, Mr. Genuis brought up the fact that it is common for different sides of the political spectrum to over-emphasize certain aspects of the Christian faith in accordance with their ideology; for example, a conservative might emphasize respect for life while a progressive focuses on solidarity with the poor. In light of this, he stated that he desired to be continually challenged on his positions and actions, always seeking to be in closer conformity to the Gospel.

Throughout his involvement in politics, Mr. Genuis experienced the cycle of excitement and disillusionment, but testified that he remains involved because he has become aware of how profoundly important politics is to the fabric of a country, and desires to continually exert biblical influence in this arena.

ARPA was very grateful that these Members took time out of their extremely busy schedules to address the delegates, and wishes them well as they carry out their duties.