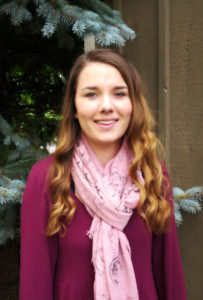 Three ARPA staff members were in Florida last week for the annual “Genocide Awareness Project”. It features a tour of a large visual display with abortion victim photography. A group of individuals engaged university students on three different campuses around Florida on the issue of pre-born human rights. The event was organized by the Canadian Centre for Bio-Ethical Reform¸ and ARPA’s Ottawa Administrative Assistant, Hannah Sikkema, was part of the project. She says a lot of people don’t know “what abortion really is. They think it’s just a medical procedure…but we’re showing that what it really does is kill children.”

Sikkema says the training was also invaluable, including strategies to engage undecided and pro-choice people.

ARPA’s Director of Law and Policy, André Schutten, was also part of the tour. He says the week reminded staff of what’s at stake in the abortion debate, calling it a powerful, draining, and rewarding exercise.