A Crime Against Life and Choice 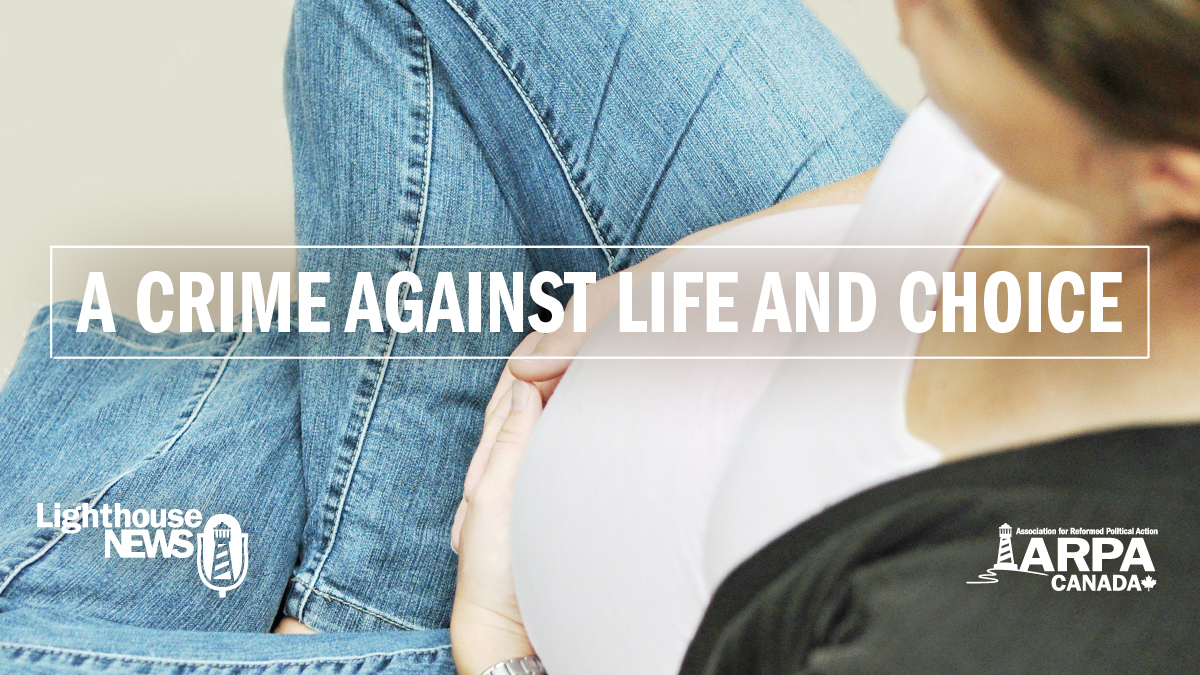 It has been a month since Saskatchewan MP Cathay Wagantall introduced her private member’s bill “Cassie and Molly’s Law”, which would invoke special criminal sanctions against people convicted of injuring or killing a pre-born child while committing an offence against the mother. On the feature this week, an interview with Jeff Durham, who’s been spearheading the campaign for this legislation.

In the news, ARPA is getting ready for a five-city tour of Alberta to talk about the implications of the government’s new education guidelines for dealing with transgendered students.

Preparations are underway for the annual March for Life in Ottawa. This year – unlike in past years – the marketing material explicitly features a lot of supporting pro-life groups, including ARPA Canada and We Need a Law.

We Need a Law researcher Anna Nienhuis had an op-ed published on International Women’s Day, talking about the relationship between women’s rights and the ongoing reality of sex-selective abortion in Canada.

And Cardus has snagged another big name. Canada’s ambassador for religious freedom is joining the organization.