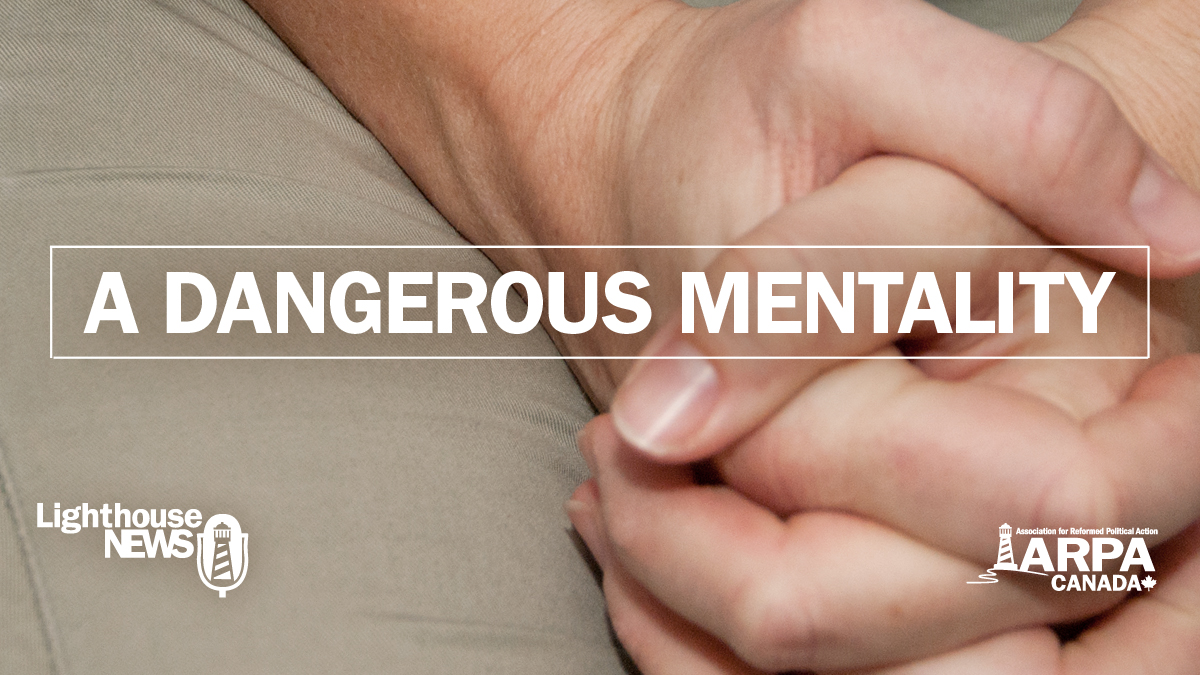 Why do some Christians seem increasingly reluctant to engage the culture around them? Is it because of bad theology? That’s the central question we try to answer this week in the feature interview with Dr. Michael Brown. Dr. Brown had written a blog post on this topic, entitled “Confronting a Dangerous End Time Mentality.”

In the news, MP Arnold Viersen has introduced a motion to have the Parliamentary Health Committee study the public health impacts of increased societal exposure to violent pornography.

The Catholic Church is mobilizing its members to take a stand against the latest proposals on Doctor-Assisted Suicide. Cardinal Thomas Collins heads the largest Catholic Archdiocese in Canada. Earlier this month, he distributed a pastoral letter on the issue which was read in the 225 churches of the Toronto Archdiocese. He also posted a video copy of that letter online.

And a sponsorship change in the Canadian social conservative movement. The Institute of Marriage and Families Canada, founded 10 years ago as the family policy research arm of Focus on the Family Canada, is being rolled into the Cardus Foundation. On this week’s program, we speak with Andrea Mrozek about the change.