A Framework on Palliative Care 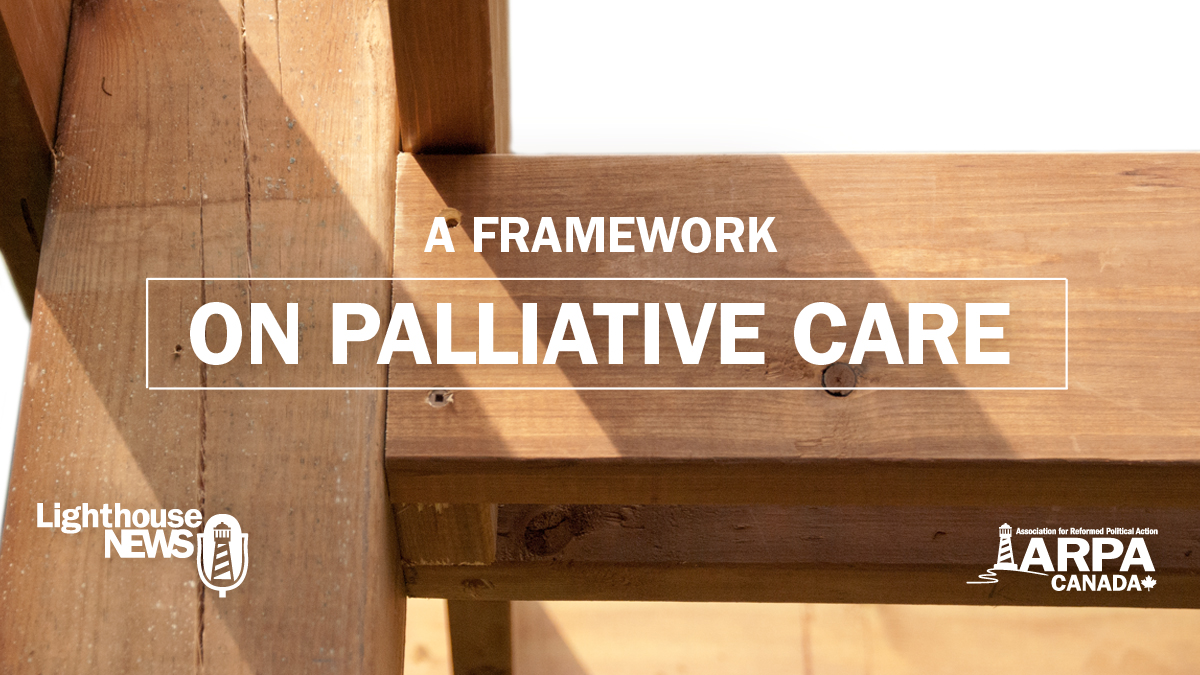 On the feature this week, an interview with Sarnia-Lambton MP Marilyn Gladu. She has introduced a Private Member’s Bill calling for the development of a Framework on Palliative Care in Canada.

Debate on Bill C-14, the government’s “doctor-assisted dying bill”, is over, and the bill is now the law of the land. The Senate tried to loosen the restrictions on medically-assisted suicide by opening up the process to those with mental illness. But the House rejected that amendment, and on Friday afternoon, the Senate accepted the House version of the bill.

Meanwhile, a court in Ontario has ruled that the process of doctor-assisted suicide has to include a judicial review. It’s unclear how the ruling will play in the context of the passage of Bill C-14, but each province is responsible for setting up its own set of regulations on the issue.

A coalition of faith groups held a news conference on Parliament Hill last week, calling for more attention to be paid to palliative care in the context of the debate over doctor-assisted suicide.

A pro-life group in Kelowna, BC, has successfully warded off a challenge to a billboard it had erected on a major highway. Critics were upset with the use of the word “baby” to describe an unborn child pictured on the billboard, but ProLife Kelowna showed that the word was commonly used in that context, including in government advertising.

There’s a new study out on the positive economic impacts that churches and other religious organizations have on the communities where they’re located. The “Social Cities” project at Cardus found that generally, the economic impacts of a faith community is tied to its operating budget, with the value to communities being in the order of 4 to 5 times the value of that budget. You can read the full study here.

Al Siebring: As you heard on the news portion, Bill C-14 has now cleared both the House and the Senate. The Bill has brought a lot of increased attention to so-called ‘end-of-life issues’ including the need for better Palliative Care across the country. The Conservative MP for Sarnia-Lambton Marilyn Gladu has introduced a private member’s bill on this and she’s hoping the increased attention this has been getting will help get that bill passed. We reached her in her Ottawa office. Ms. Gladu, welcome to the program.

MP Marilyn Gladu: Thank you for inviting me Al.

Al: Bill C-277, we’re calling it ‘An act to provide for the development of a framework for Palliative Care in Canada.’ Talk to me about what it is and what you’re trying to accomplish here.

Gladu: Well Al, more than 70% of Canadians who don’t have access to good palliative care. In the previous session of Parliament there was an all-party parliamentary committee that studied the issue and came with recommendations. So this Bill is actually the result of that report, and it recommends providing a framework for palliative care across Canada, including defining the services provided, the training required for different levels of health care providers, an actual plan to ensure Canadians have consistent access to palliative care, and suggests a mechanism for adopting this into the federal regulations.

Gladu: Absolutely, that was at the end of this all-parliamentary committee. He brought a motion and it got the dialogue going. But to be fair Al, there hasn’t been a lot of action and I think right now with the assisted dying legislation the special Committee that studied the Carter decision said that if you did not actually have good palliative care a true voluntary choice could not be made. And so I think this bill is coming at an appropriate time. The liberal party has come with a convention resolution on palliative care, the NDP are clearly supportive in the house and Minister Philpott herself has said their is $3 billion dollars in this budget for home and palliative care. So I think the time is right, and I think there will be a lot of party support on all sides.

Al: And that was going to be my next question. Pretty much everybody, including the then-opposition liberals voted in favour of Angus’ motion on a pan-Canadian palliative and end-of-life care strategy. Do you think you have the political wherewithal to carry this through on an all-party basis?

Gladu: Well its an interesting question Al, because although we tried to bring numerous amendments to the assisted dying legislation to add palliative care access for all Canadians those amendments were not accepted, and I know that the actual word ‘palliative care’ doesn’t appear in Budget 2016. So, although we’ve heard good rhetoric from the Government there hasn’t actually been any action. This bill is trying to drive us forward to actually make tracks. The amendment that was accepted by the Liberals was an amendment to study the need for palliative care, and I think there’s been lots of study. Even on the Government webpage it is clear this is an overwhelming need for Canadians especially as they age.

Al: Has C-14 and the Carter decision changed the landscape on this in any substantive way? I mean a few years ago we were talking about it and it was more, if I can use the word ‘theoretical’ it was a bit ethereal – ‘Yeah we’d like palliative care’ now with C-14 the rubber has really hit the road on this whole end-of-life issue.

Gladu: I think you’re right Al and I think its brought not just awareness but, the special committee that helped draft the C-14 legislation; I could read you verbatim from the preamble of the bill stating that a request for physician-assisted death cannot be truly voluntary if the option of proper palliative care is not available to alleviate a person’s suffering. So they saw it as key, I think they’ve raised awareness that way, and there’s the numerous stakeholders who have come out in support of my bill, and we would expect as time marches on to see even more support.

Al: So what are the mechanics and timeline of this? We’re adjourning for summer it’ll be September before we even get to this. Any idea where you are in the rotation of having this come up?

Gladu: Yeah, in terms of the lottery, as you know, all 338 get a number out of the lottery, and I was number 44. So the first 30 bills have been looked at up to the end of June. The fall will be the start of the next replenishment so we would expect to see this bill go through its first, second, and third readings by the end of the year, I would think.

Al: Any indication, I mean you’ve alluded to the fact that the health minister has indicated something like this is needed. I know the government has the option of adopting a private member’s bill and saying, ‘You know what we’re going to make this our own, and we’re going to push it through.’ Are you hearing anything like that?

Gladu: I haven’t heard anything like that. Certainly I’m looking to meet with the Minister and understand where she sits on this. Anything can happen in politics as you know, and it may be that the Government will want to bring their own bill on palliative care which would then render this one redundant.

Al: Ms. Gladu, thanks very much for this.

Gladu: Absolutely, Al. Thanks for inviting me, and look forward to talking to you again!