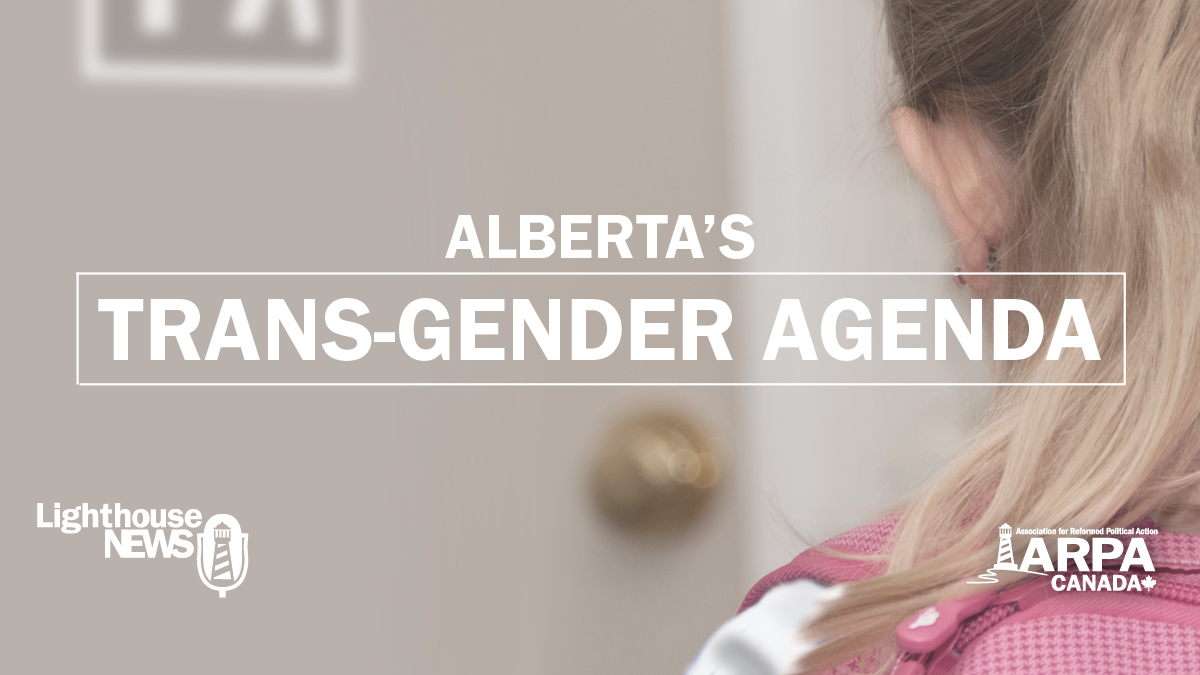 On the feature interview this week, Donna Trimble from the group Parents for Choice in Education in Alberta. Donna wrote an op-ed in the Calgary Herald last week about how Alberta’s new trans-gender policies in the education system violate parental rights and are potentially harmful to the entire student population in Alberta, including those who are struggling with gender dysphoria.

The College of Physicians and Surgeons of Ontario (CPSO) has been called out on a lack of transparency. Late last year, the College embarked on a public consultation process to get input on the issue of doctor’s “conscience rights” – whether, for example, they should have a right to refuse to perform doctor-assisted suicide. Sean Murphy with the Protection of Conscience Project has evidence that the College had no intention of listening to the public input it asked for.

The Justice Centre for Constitutional Freedoms has launched a lawsuit against the University of Toronto Students Union over that group’s decision to refuse official “club status” to the campus pro-life club. Lawyer John Carpay says the idea is to set a precedent on whether this kind of action violates the Freedom of Conscience provisions of the Charter.

A strange twist in the case of those Planned Parenthood videos in the U.S. The man who created the videos has now been charged in connection with the case because he used fake ID to get into several Planned Parenthood conference, and because he ostensibly offered to buy fetal tissue as part of the undercover sting operation.

And We Need a Law is out with a new video promoting Parental Consent Laws in Saskatchewan. You can view the video here.