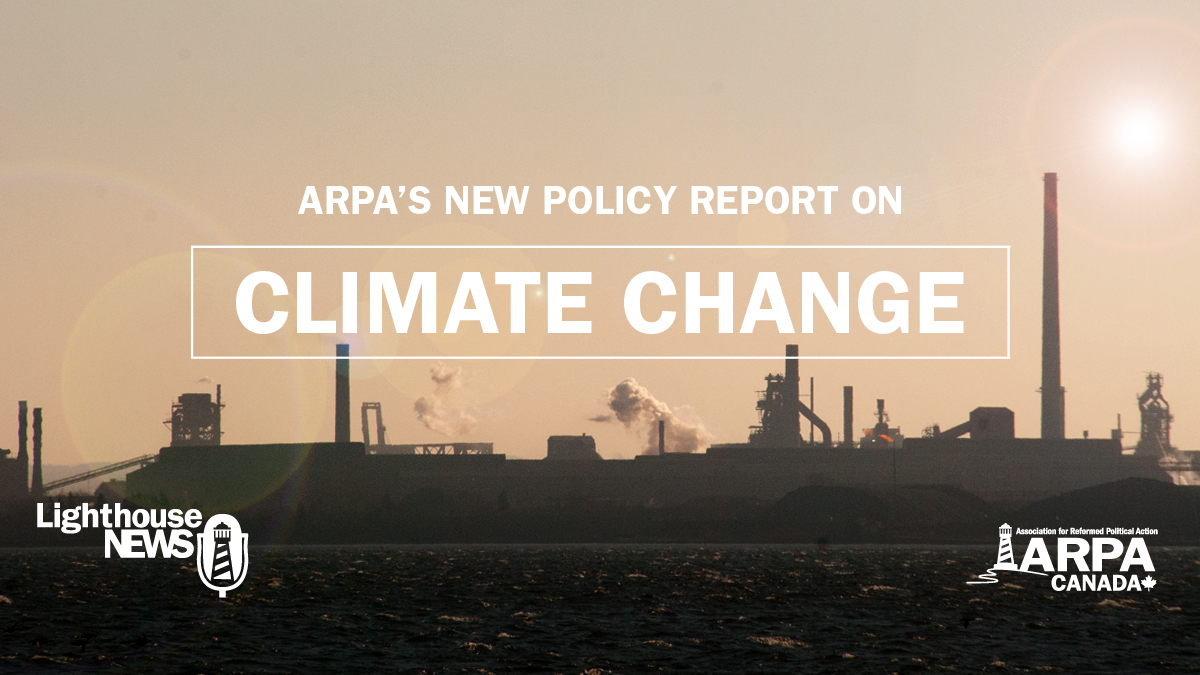 Last week, ARPA released the latest in its series of “Respectfully Submitted” policy papers.  This one deals with Climate Change. On the feature this week, ARPA policy analyst Colin Postma outlines some of the highlights of the paper, and responds to some of the criticism it has generated.

In the news, Trinity Western University had another victory last week in its efforts to establish a law school at its campus near Langley, BC. The BC Supreme Court overturned a decision by the Law Society of BC which would have prevented graduates from TWU’s law school from practicing in BC. The ruling re-instates an earlier decision which would allow the school to go ahead.

ARPA was an intervenor in this case and on the program this week, we talk with lawyer André Schutten about the Court’s ruling and what it may mean in the broader context of an issue that seems quite likely to be headed to the Supreme Court of Canada.

The Canadian Institute for Health Information has released some more abortion statistics. The total number of hospital abortions done across the country in calendar year 2014 was 33,931; that was down slightly from the 35,003 the year before. However, the figures are incomplete, because they don’t include a whole swath of statistics which are being deliberately repressed by Freedom of Information laws in at least two provinces. We speak with pro-life blogger Patricia Maloney about the numbers.

A church youth group near Chatham Ontario put up a pro-life display last month. 1000 crosses in a field – each one representing 100 babies aborted in Canada every year. Vandals knocked down every cross on the weekend of December 6th. Those crosses are back up now, and the youth decided to make the rebuilding project about more than just the original intent.

Also on the program this week, some expressly Christian analysis of Donald Trump’s plan to bar all Muslim immigration into the U.S.A. as a way to fight terrorism. We speak to Dr. Scott Masson from Tyndale University College in Toronto about what Trump’s posturing has done to the broader context of the U.S. Presidential race.