Carter: The final ruling is in 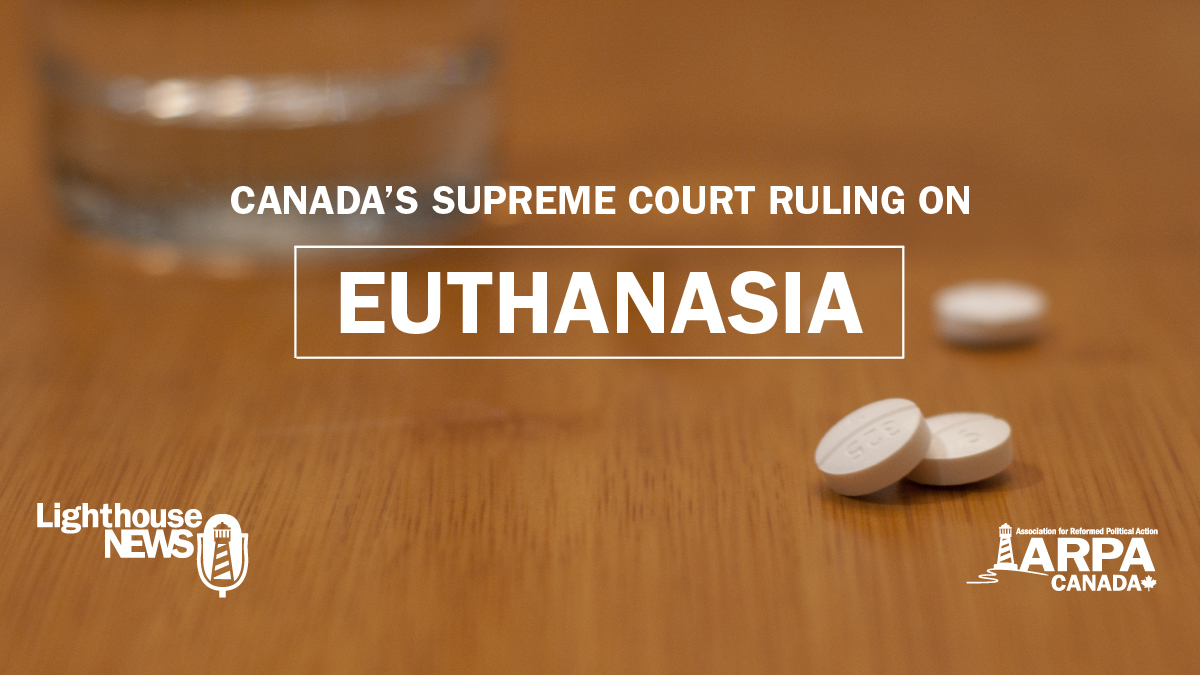 The Supreme Court of Canada has granted a 4-month extension to the federal government in the application of the Carter decision of February 2015. The ruling gives Parliament four additional months to write new federal rules on assisted suicide, however it also permits assisted suicide to happen through exemptions granted. In Quebec, doctors can engage in euthanasia under the terms of a new provincial law governing the issue, while patients in the rest of the country can apply to the courts for doctor-assisted death until Parliament sets the final rules.

In Alberta, the government issued a new set of guidelines last week for all schools in the province on “best practices” for implementing the provisions of Bill 7. That law was rushed through just before Christmas, and adds “gender identity” to the list of things against which Albertans are not allowed to discriminate. The guidelines published last week expressly include Christian and independent schools, and ARPA supporters are being urged to address this issue with the Alberta government. See the material at this link. Lawyer André Schutten says if lobbying is unsuccessful, there could be a legal challenge.

And this week, we feature some commentary on the issue of gambling. This, in light of last week’s record $1.6 billion dollar PowerBall lottery win in the US. John Stonestreet, a commentator at BreakPoint.org, has some revealing numbers on how lotteries are essentially a “tax on the poor”. His full commentary is available here. ARPA has also done some work in the past on lotteries and gambling in general. You can find that material here.