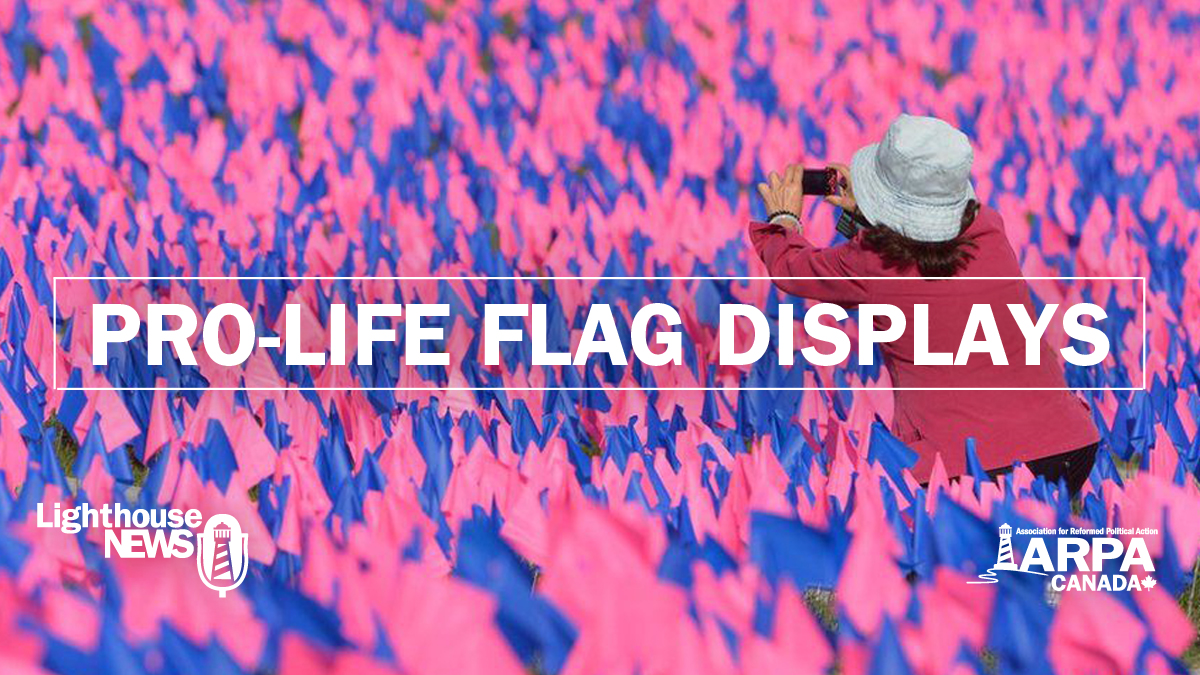 With the end of winter in most parts of the country, We Need a Law is gearing up to do more flag displays. On the feature this week, Mike Schouten talks about the impact the displays are having, the kinds of reactions that are being created, and outlines what it takes to host a display in your community.

In the news, ARPA is back in court this week. Lawyer André Schutten will be appearing before the Nova Scotia Court of Appeal on the Trinity Western file.

The PEI government announced last week that, for the first time in almost 35 years, it is going to provide abortion services on the Island. In recent years, the government has paid for women to travel to New Brunswick or Nova Scotia for the procedures. We speak with the executive director of the PEI Right to Life Association, and look at what pro-lifers can do now that the decision has been made.

The NDP’s Charlie Angus is upset that the government committed zero dollars to any kind of improved palliative care system across the country in the federal budget.

And an update on the Booties for Babies campaign. It now looks as though ARPA may end up with almost double the original target of a thousand baby booties to be delivered to MPs and Senators.