Did Jason Kenney really say that? 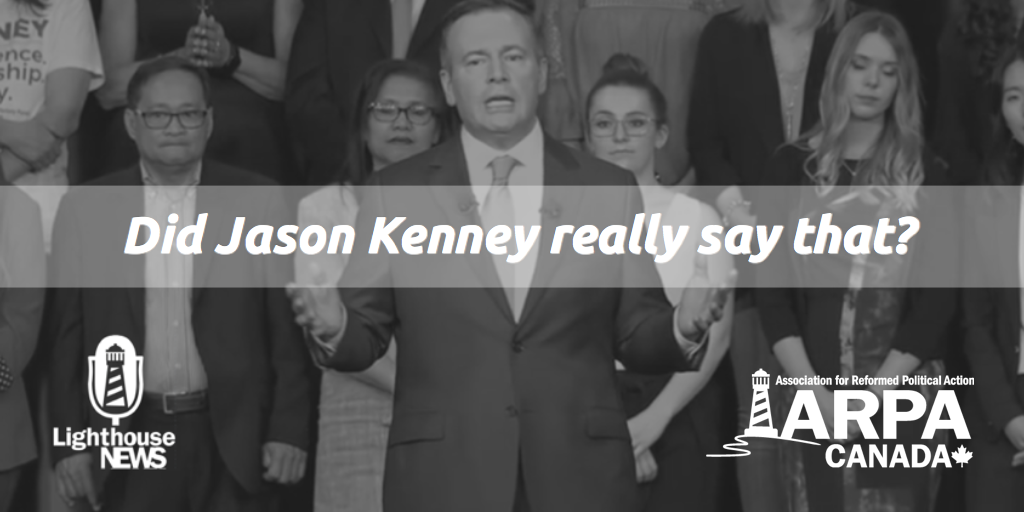 On the feature this week, a conversation that discounts some of the media narrative about the resolutions that came out of the recent United Conservative Party (UCP) convention in Alberta. There was a lot of media coverage about leader Jason Kenney disavowing a policy resolution that passed; a resolution which allegedly forces the party to “out” children who join Gay-Straight Alliance clubs.

The controversy had some people re-thinking their support for the UCP. But on the feature this week, Donna Trimble of the group “Parents for Choice in Education” presents a considerably different take on what actually happened at that convention.

March for Life: We Need a Law was busy in Ottawa last week, hosting a mini-conference, setting up a flag display, and marching on the front lines of the annual March for Life, which was disrupted by vocal protestors this year.

Christians and Adoption: Another win for Christians in the ongoing debate over adoption.

Ezra Institute:  A Christian worldview think-tank in Ontario is about to officially open a new multi-million dollar campus on the shores of Lake Ontario.