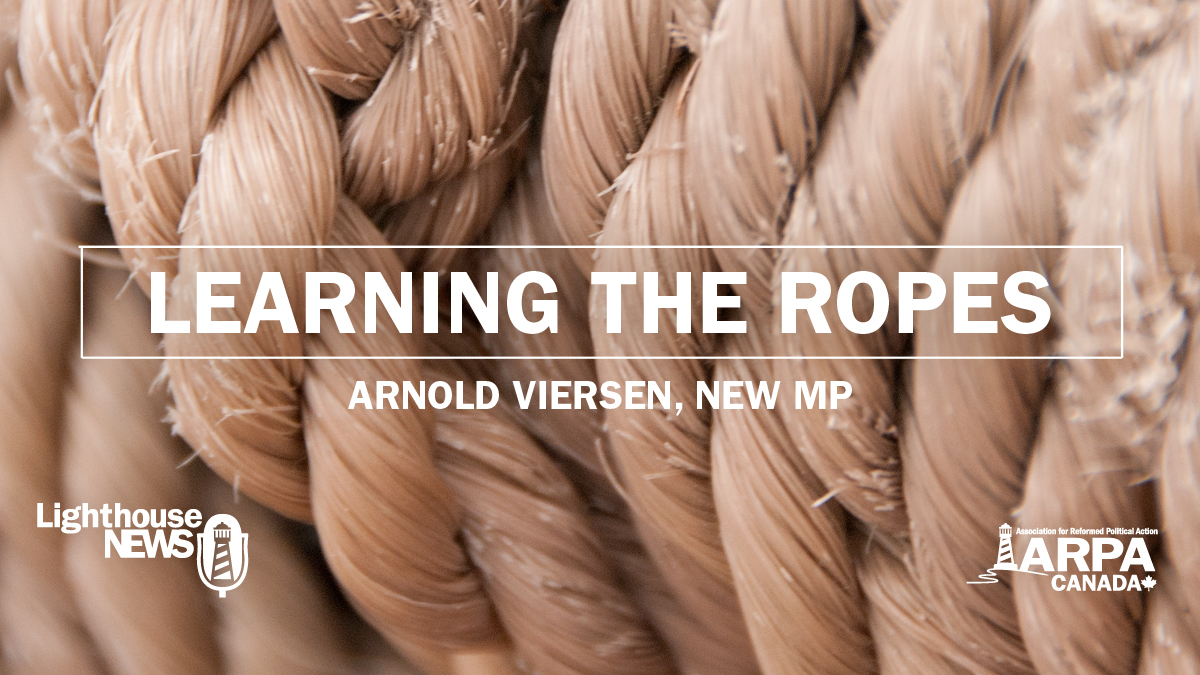 What’s it like to be a new Member of Parliament, on the opposition side of the House? On the feature this week, an interview with new Alberta MP Arnold Viersen from the constituency of Peace River/Westlock, on the steep learning curve that all new members face in their first few months in office. Mr.Viersen is also a former Board member with the Barrhead/Neerlandia ARPA chapter, and we talk about how his expressly Christian views on issues such as euthanasia are being received in the Conservative caucus.

In the news, the upcoming debate on new legislation covering doctor-assisted suicide will culminate a “whipped vote” for Liberal MP’s.

The Chief Justice of the Ontario Superior Court issued a “practice directive” to lawyers and judges on what processes need to be followed if patients want to apply to the Courts for doctor-assisted suicide. ARPA lawyer André Schutten says there are a lot of safeguards in the document, but it is still, at base, a manual on how to kill people.

A telling contrast in Windsor, Ontario, on the cultural support for animal rights as opposed to the rights of the unborn. A petition in support of tough sentencing for a man accused of abusing his dog has attracted close to 60-thousand signatures. That’s about three times as many as the “Molly Matters” campaign, which is advocating for criminal sanctions in the case of the death of a pregnant woman – a case where the death of her unborn child is not subject to any criminal prosecution.

Also this week, some analysis of the controversy generated by a television commercial for Dorito’s – a commercial that aired during the Super Bowl broadcast. You can see the original ad here.