Opposing Fraser Health’s mandate on assisted suicide in BC 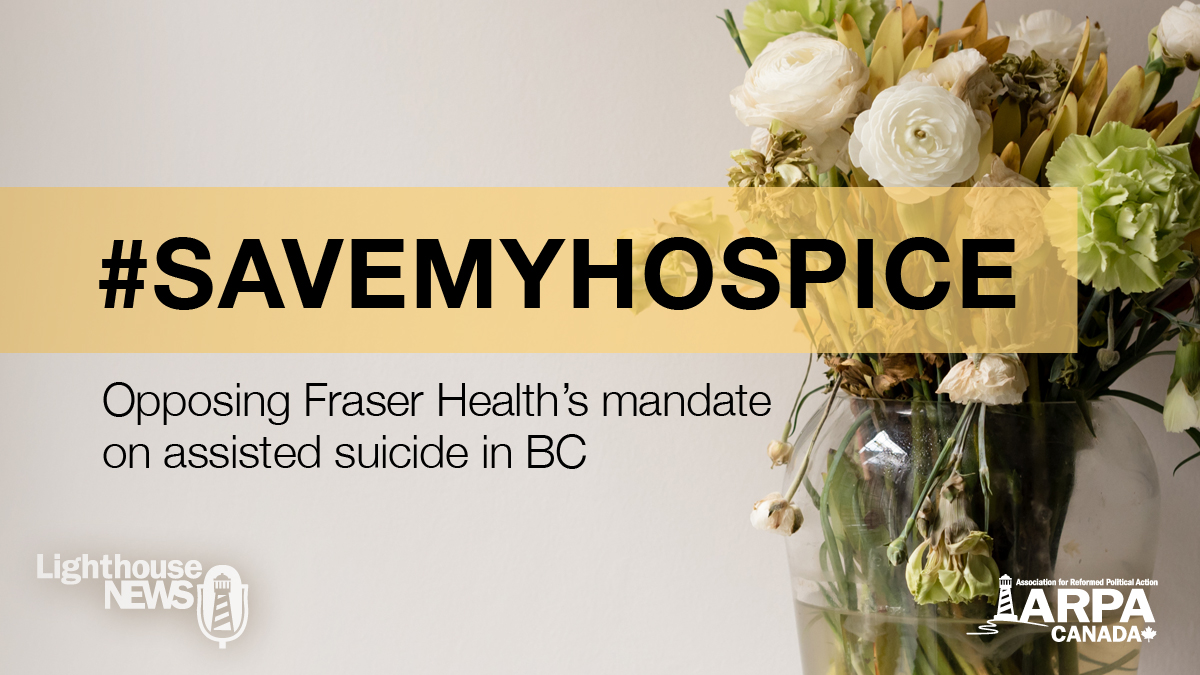 Must doctors facilitate euthanasia? Appeal to Ontario’s highest court: The papers have been filed for an appeal of a court decision on doctors’ conscience rights in Ontario

The ARPA Chapter in Langley, BC, hosted a meeting earlier this month to push back against an effort by Fraser Health – the local body governing health care in the Fraser Valley – to introduce “MAiD” (Medical Assistance in Dying) into the community Hospice facility in Langley. More than 300 people, many of them doctors and other health care professionals, attended the meeting.

On the feature this week, and interview with Tamara Jansen, who’s with the Langley ARPA chapter, and helped to put that meeting together.  (You can watch a full video of the meeting online, here).

LN: So I guess I’d start by asking you first of all: what prompted ARPA to put this meeting together?

TJ: Well you know, it’s actually really interesting. Our company had actually done a reasonably-sized donation to the Langley Hospice over Christmas, and I suddenly heard that they were going to be having MAiD services put to use there in Langley Hospice. So of course, we were kind of shocked, and I thought “Well, I’d better call Langley Hospice.”

I had told them that we were going to support them next year, and I thought “Well, with that going on there’s just no way.”

So I ended up calling, and talking to (Langley Hospice Executive Director) Nancy Panchuk, and she ended up saying to me “I am so glad you called, because I need you to tell the papers that you are going to withdraw your donations because of this.”

So that night, we had our Langley ARPA meeting, and I mentioned that this was happening, and I was asking “What do you think? Like, these poor people, they’re looking for help to get the news out that this is happening and it’s been forced on them. What if we call a meeting?”

LN: So fundamentally what are we talking about when we say “We need to keep this out of Hospice.” What has changed? There’s a new policy that applies to “non-denominational Hospice programs.”  I’m not even sure what that means. What’s the distinction here? Are there “denominational” Hospice programs that are exempt from this new policy or what?

TJ: That’s correct. So faith-based Hospice have actually been exempted, which of course is also a little bit controversial. People are already complaining “Well, that’s discriminatory.” But in the past what was happening – euthanasia had come in already last year – and what had happened here in the Fraser Valley anyways is there was a specific place set up for these “procedures”, if you would, in Delta. And so patients were being transferred from wherever to this particular location in Delta for this application of an injection.

What changed, I believe, is the NDP came in, and we also have a new Board Chair (at Fraser Health), I understand. Jim Sinclair. He used to be a union boss.

And they basically have said “We are no longer going to transfer patients ’cause it’s just too traumatic for them to have to move.” And so now Hospice will have to allow these procedures to happen in Hospice.

Now, the challenge is Hospice if very much a place where patients are going to have a good ending to their life. We don’t prolong it, but we also don’t shorten it on purpose. So the biggest change is now we’re actually being told “No, you actually have to apply these lethal injections to your patients.” And so that’s – yeah – it’s morally repugnant for most of us, and that’s why we would want to withdraw our personal donations even for that.

LN: I understand one of the top people within the Hospice group there – or in Delta, someplace, I’m not clear on the specifics – has resigned? Resigned just before Christmas when this directive came out?

TJ: Yes, correct. There’s a doctor, Neil Hilliard, in Chilliwack. He was actually head of Hospice for Fraser Health, and he did resign because they were going to force this on Hospice. And the concept of ending someone’s suffering through actually dispensing with their life is just absolutely abhorrent to most of us, and he just couldn’t see his way through to continue working as the head of Hospice if he was going to have to force that on others.

LN: So what prompted this change? I mean, you talk about Jim Sinclair saying it’s inhumane to take people and put ’em in an ambulance and haul them to Delta to do the deed there when they could just as easily do it in whatever Hospice they’re in in Langley or some other community. Was this specifically tied to the change in government in BC? How did the previous government handle this?

TJ: You know, it’s hard to say. The previous government did allow for transfers. So it does appear that this has come about because of the change in government, and perhaps also the change at Fraser Health in the Board structure. But in the end, we have very limited resources at Hospice. So for instance in Langley, we have 10 Hospice beds. And they receive very little funding from the government. And now the government is taking what very little resources we have to support famili3es at this very difficult time in having a good death where you’re taken care of – you feel safe, you have time together as family to be able to reconcile perhaps – and they’ve said “Now we’re gonna take your resources and we’re going to apply euthanasia.” And then, it’s very cheap for them to do it that way.

LN: There seems to be a lot of uptake to the assisted suicide piece in BC. In the broader context, the Coroner’s Service published some stats late last year that had 744 deaths by MAiD – Medical Assistance in Dying – from January of 2016 through the end of last October. Close to half of those were on Vancouver Island – proportionately, they’ve got a larger number of retirees and old folks there – Victoria leads the country per capita when it comes to people who want to end their own lives with the help of their doctors.

In that context, it would almost seem that this policy from Fraser Health would have some considerable public support. How do we counter that narrative?

TJ: Well I think what’s most important to understand – and I think Doctor Hilliard and a number of other palliative care professionals have made it very clear – that often, there is an option for these patients which as seeking euthanasia. And often it’s because they are suffering, but they don’t have a purpose for their suffering. So if you’re able to find out, you know “what is your concern? Why are you asking for this?”, you can often find them a solution. Perhaps they’re in a lot of pain, and the doctor can actually find some sort of a prescription that can ease their pain. Perhaps they feel like they’re an economic burden on their family, and you can have some conversations with the family, and they can reassure the patient: “No mom, no dad. We want you wish us We love you! You’re no economic burden!”

LN: So what’s next in this campaign specifically in the context of Fraser Health? Realistically, what are the chances that this policy can be changed?

A lot of people have no idea this is being imposed, and actually a lot of the health care professionals seems to actually feel very much alone, like they are the only ones who are against this. And the challenge for the doctors (and) nurses is that it’s extremely traumatic to have to be involved in the application of a euthanasia procedure. It shakes them to the core, because they’ve trained to care for someone and to improve their life, not to take their life. 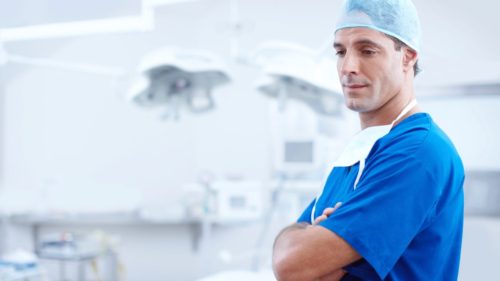