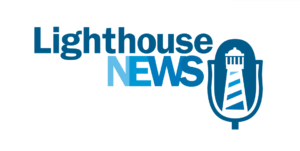 Be edified by the news, not frustrated!
Listen, read, and share ARPA’s weekly news broadcast, coming to you in both audio and text.

Leave us a 90-second question for the show and we’ll do our best to answer it on air.
Answering Machine

The Ontario College of Physicians and Surgeons’ recent decision on doctor’s "conscience rights" will be subject to a Court review. The Christian Medical and Dental Society of Canada has announced a legal appeal of the new policy. On the feature interview this week, we speak to the Executive Director of the Society about the appeal. Also on the program, the Trinity Western case is going back to court in Nova Scotia. The Province’s Barrister’s Society has announced an appeal of a ruling granting graduates of the proposed TWU Law School the right to...

The Supreme Court of Canada has finally issued its ruling in the Loyola Case and it’s a qualified victory for the Christian School movement in Canada. On the feature interview this week, ARPA lawyer André Schutten explains the subtle distinctions in the ruling; part of it was unanimous, and part of it was a “split vote” which left some ambiguity. Also an important court ruling in the U.S. last week on freedom of religion, this one granting a religious-based exemption from “Obama-Care”, the new national health care program there.   An...

In a remarkable about-face, Alberta Premier Jim Prentice and Education Minister Gordon Dirks pushed through passage of the controversial Bill 10 at the Alberta Legislature last week.  The Bill, which generated considerable opposition when it was first introduced late last year, mandates the creation of so-called “GSA (Gay-Straight Alliance) Clubs” in all schools in the Province; (both public and private), if even one students asks for such a club to be set up.  Because of the initial controversy, the Premier withdrew the Bill just before Christmas, but then re-introduced...

The Bank of Montreal and at least 70 other corporations are being publicly challenged over their opposition to a proposed Christian law school. This is coming to a head on Wednesday, when people are being encouraged to move their money from BMO as a wake-up call to the bank (though action against all 72 corporations is welcomed and encouraged). According to the Institute for Canadian Values, BMO is one of the most aggressive - even screening all of the law firms they contract with for adequate “diversity” statistics among...