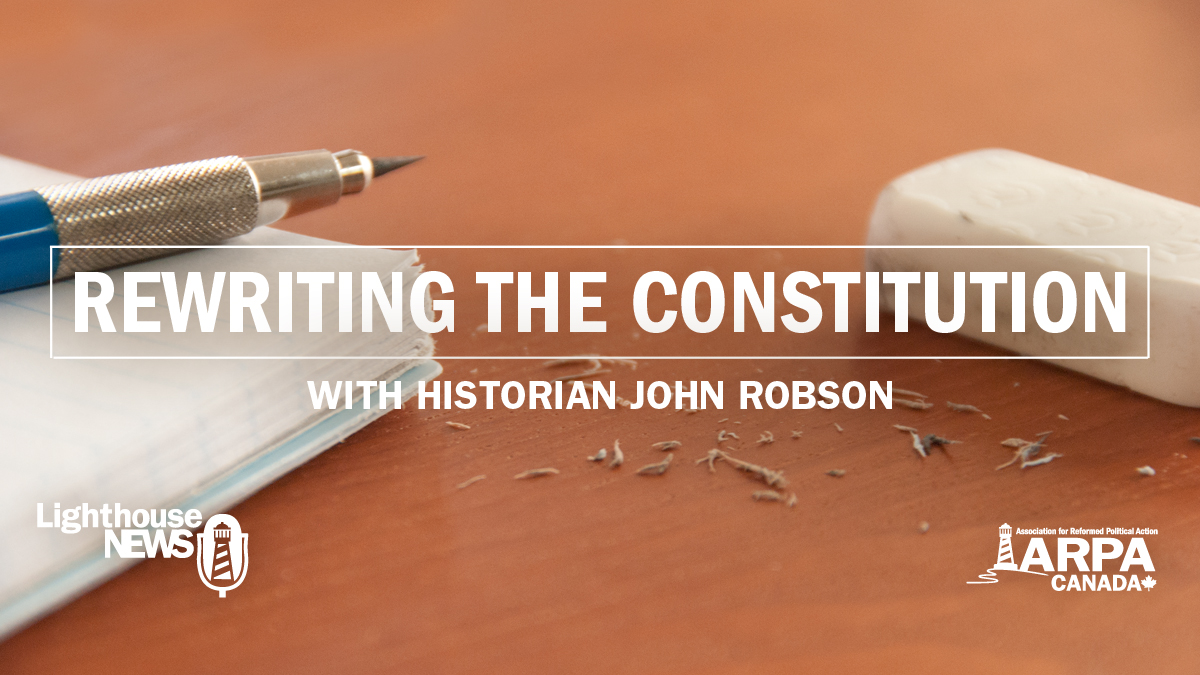 There’s a new campaign underway to rewrite the Canadian constitution. Historian John Robson first wrote about this in the National Post last week, and he’s launched a website outlining his plan. On the feature this week, Mr. Robson explains his plan, including a way to resolve the roadblocks inherent in the so-called “amending formula” which is entrenched in the current Constitution.

In the news, the Alberta government is facing more push-back to its guidelines for dealing with trans-gendered students in the education system. The public school board in the Fort Vermilion District has decided it won’t be implementing those guidelines, and the Education Minister has agreed to meet with those trustees to talk about their concerns.

The joint Commons/Senate Committee on doctor-assisted suicide is due to present its final report to Parliament by the end of this week.  We look back at some of the testimony that has been presented to the panel.

The federal Liberals appear to have had a change of heart on the notion that their MPs will have to tow the party line in an upcoming vote on doctor-assisted suicide. Liberal House Leader Dominic LeBlanc told the Globe and Mail that a final decision on the issue has now been delayed until the actual legislation has been developed.

And ARPA has topped its’ goal of delivering a thousand EasyMail letters to MP’s in advance of the euthanasia debate in Parliament.