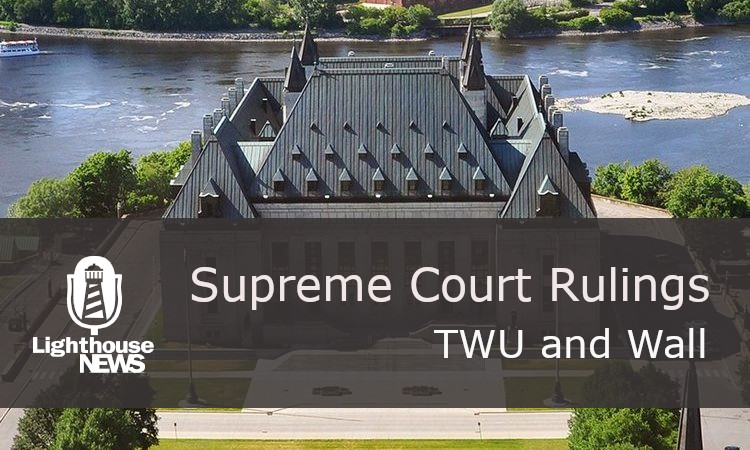 On the program this week, two interviews touching on two recent Supreme Court of Canada rulings.

TWU Case: The high court came down with a much-anticipated judgement last Friday, ruling against Trinity Western University’s efforts to open a law school in Langley, BC. The court found that Trinity’s so-called “Community Covenant” – which governs the sexual conduct of students and faculty at the institution – discriminated against LGBTQ people. Therefore, the Court said, Law Societies in BC and Ontario were justified in denying students from that proposed law school admission to the bar. There were actually two cases; one from BC, and the other from Ontario. You can read them here and here. ARPA’s Director of Law and Policy, André Schutten – who appeared as an intervener in the case – analyzed the ruling.

Wall Case: And back on May 31st, the Supreme Court issued its ruling in the “Wall Case”, which involved the question of whether secular courts had jurisdiction to insect themselves into the process involved in church discipline and excommunication cases. ARPA lawyer John Sikkema had appeared as an intervener in that case, and he gives some analysis of the ruling.