The Times, They are A-Changin’ 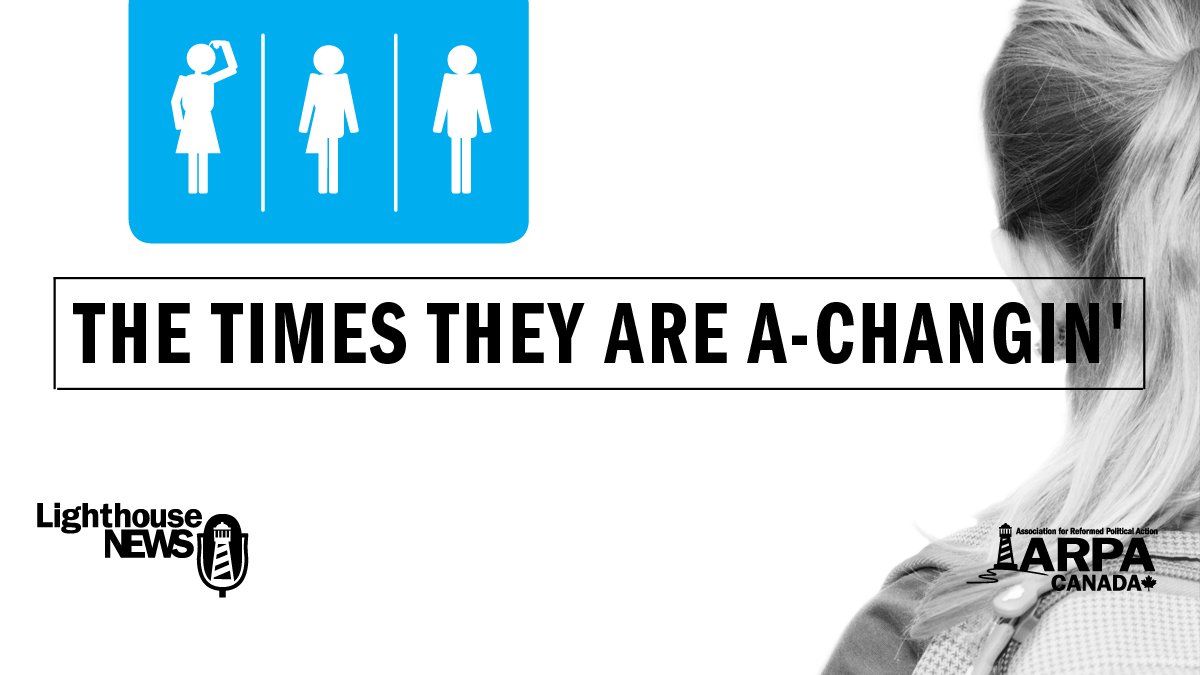 ARPA’s Mark Penninga and André Schutten have just wrapped up a week-long tour of Alberta – a tour dealing with the province’s Bill 10 and guidelines for dealing with transgendered students. They made a series of evening presentations and met with government and opposition MLAs at the Legislature in Edmonton. On the feature this week, they give us an update on how the tour went.

In the news, the Trudeau government table its long-awaited legislation on assisted suicide last week. While the bill doesn’t contain some of the more egregious elements that were being recommended by a parliamentary committee – such as making doctor-assisted death available to minors and the mentally ill – there are still major concerns with it.

Two new studies came out last week showing again how common sex-selective abortion has become in Canada. Mike Schouten from WeNeedaLaw.ca weighs in on that issue this week, and WNAL researcher Anna Nienhuis had a feature piece published on LifeSiteNews on the “cultural profiling” that was part of the study.

And opposition to the so-called “Legal Leaders for Diversity” campaign is continuing. A group of Christian business owners in Ontario is trying a new strategy to get the LLD campaigners to back down. They’re looking for support from other businesses. If you’re interested, you can email them here.