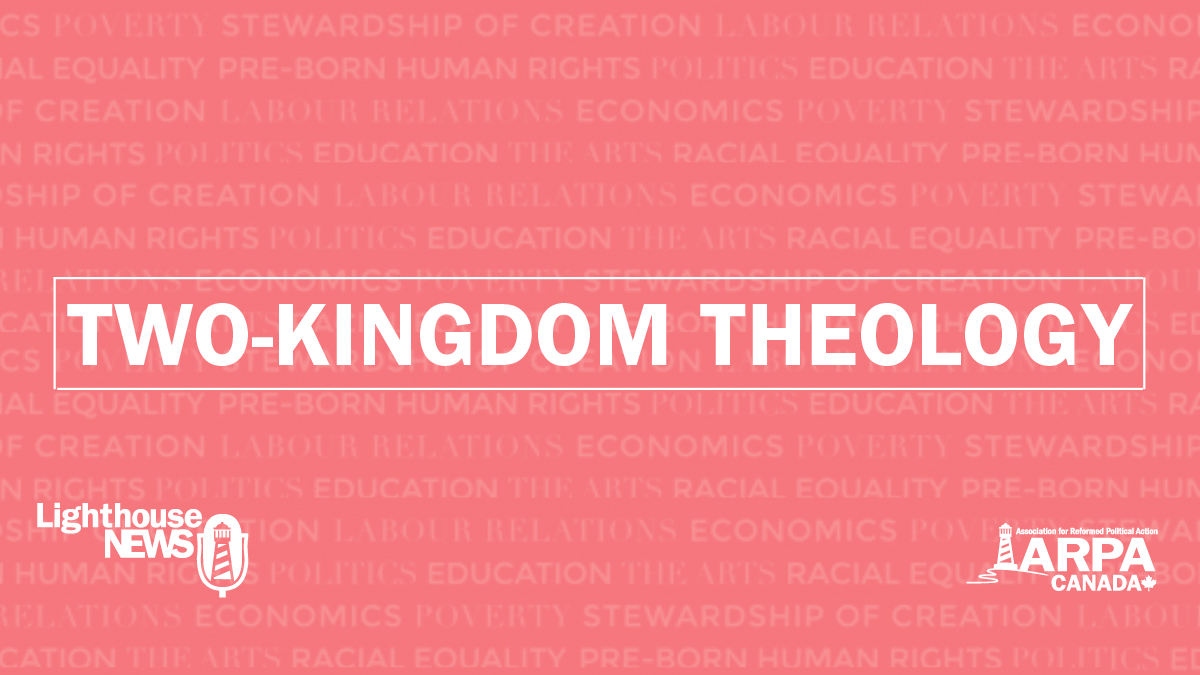 There’s an event coming up in Ontario’s Niagara region later this month; a debate on “Two-Kingdoms Theology”. On the feature this week, we speak to one of the event organizers to get an idea of what the controversy is about. Details on the event, including where to get more information, are here.

In the news, Brad Wall’s Saskatchewan Party registered a resounding win in a provincial election there earlier this month. We look at the implications that win has for the Parental Consent campaign being conducted by WeNeedaLAW.ca.

ARPA lawyer André Schutten appeared before the Nova Scotia Court of Appeal last week, arguing against an appeal by that Province’s Barrister’s Society of a court ruling that would allow graduates of Trinity Western’s proposed law school to practice as lawyers in the province.

Peace River-Westlock MP Arnold Viersen rose in the Commons late last month to defend the Office of Religious Freedom. On the program this week, a brief clip of his speech. You can find his full presentation here.

And they held another Munk debate in Toronto earlier this month. The topic was immigration; specifically the flood of Muslim immigrants into western countries. On the program this week, a clip of what columnist Barbara Kay inferred to be the turning point of that debate. You can watch the full debate here.