VANCOUVER, July 21, 2008 (LifeSiteNews.com) – Dr. James Innell Packer, a noted Canadian theologian, author and a Board of Governors Professor of Theology at Regent College in Vancouver, as well as an executive editor of Christianity Today, recently addressed the contentious problem of homosexuality and same-sex unions in the Anglican church.

The Anglican Church has come to a cross-roads because of the issue of same-sex “marriage,” with a massive split in the Global Communion looking increasingly inevitable.

Dr. Packer opened his remarks with a statement explaining why this issue is of such great importance in the Anglican Church today. “In brief,” he said, “because it involves the denial of something that’s integral to the Christian Gospel.

“That is, whereas the Bible says that same-sex unions are off limits as far as God is concerned, and that the Gospel requires any who have been involved in them to repent of that involvement and to abandon it, this point of view against which we are standing, treats gay unions…as a form of holiness, and encourages, affirms and blesses them, rather than saying, as we believe the Gospel requires us to say, that this is the wrong track.”

“You are required to abandon it and we, in the Christian fellowship, will help you to…walk chaste, not yield to your besetting temptations,” he continued. “And that is God’s way for you. We are obliged by the Gospel to say that because the apostle Paul, proclaiming the Gospel to the Corinthians, says explicitly that they mustn’t be deceived…and those living in homosexual relationships will not inherit the Kingdom of God.”

“In other words, they don’t qualify for Christ’s salvation in terms of the Gospel that God has revealed.”

Dr. Packer asserted that the blessing of same-sex unions is a direct contradiction of Scripture and there can be no compromise on the issue.

“The Scripture teaching that is being denied is an element of the Gospel itself, that is God’s message about how we sinners can be saved. If you refuse to repent, at some point where the Gospel requires you to repent, well, you are not walking according to the Gospel, and what Paul says is that your soul is in danger.”

“Now I don’t want to believe that, but I dare not disbelieve it – it’s apostolic teaching, it’s the word of God.”

The misinterpretation of Scripture to suit the homosexual position is in fact a direct attack on God’s “straight forward” use of the language in the Bible, he said, which is directed toward giving us an understanding of salvation.

Dr. Packer explained that “the folk who are affirming gay sex as a form of holiness are understanding the Bible in a very different way from that in which the rest of us think that it asks to be understood.”

“The heart of the Christian message,” Dr. Packer concludes, “is the transformation of lifestyle,” which is enabled by the grace of God.

Dr. Packer is widely regarded as one of the most important Protestant theologians today. He has stated that the Anglican Church of Canada has been “poisoned” by a liberal theology that “knows nothing of a God who uses [the Bible] to tell us things and knows nothing of sin in the heart and in the head.” He said the Church is being ruined by its attempts to “play catch-up with the culture” by adopting whatever “is the in-thing.” 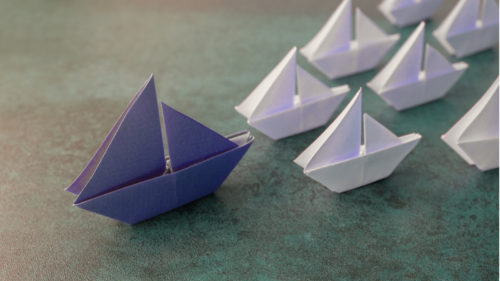 Supreme Court of Canada heard another important church government case on Wednesday
By using our site, you acknowledge that you have read and understand our Cookie & Privacy Policy