Death on demand is no worthy goal for society

By Alex Schadenberg (Executive Director of the Euthanasia Prevention Coalition) Calgary Herald, November 19, 2008 – Posted in full on www.ARPACanada.ca with permission from the author.

In the last two weeks, the Yes campaign received more money from five sources than the Coalition Against Assisted Suicide received throughout the whole campaign, with one of their sources being a British donor.

It is difficult to obtain information about assisted suicide in Oregon because the reporting system is flawed and controlled by the state’s Compassion& Choices lobby group.

However, a recent report by psychiatrist Herbert Hendin and Dr. Kathleen Foley uncovered many Oregon truths. ( spiorg.org/publications/Hendin-Foley_MichiganLawReview. pdf and http://www.spiorg.org/publications/Hendin-Foley_MichiganLawReview. pdf) The Hendin and Foley study showed cases of clinical depression were not carefully identified among patients considering assisted suicide in Oregon.

In fact, among the 49 people who died by assisted suicide in 2007, none received a clinical assessment for depression or mental competency.

The same fact was recently confirmed in a study by Linda Ganzini, a well-known researcher on end-of-life issues. Ganzini found 15 of the 58 people in her study who had requested assisted suicide, were clinically depressed and 17 per cent of them–who died by assisted suicide–were depressed.

This confirms assisted suicide directly threatens the lives of vulnerable people. People with disabilities — the dependent elderly, and those who live with depression and cognitive issues– will often be directly threatened.

The Hendin and Foley report also showed how the Compassion&Choices lobby group and doctor-shopping may be leading people who do not qualify for assisted suicide under the law to be dying by it anyway.

The report showed 73 per cent of all assisted-suicide deaths in Oregon were in some way facilitated by the right-to-die lobby groups, who provide counselling and referral services for people, many of whom were denied assisted suicide by their physician.

For people who believe legalizing assisted suicide does not lead to a slippery slope need to read comments made by Ted Goodwin, president of the Final Exit Network.

In his Nov. 5 media release, the day after the election, he stated: “Although the supporters of Initiative I-1000 are delighted that Washington becomes the second state to pass a ‘Death with Dignity Act,’ there is much more to be done.

“We congratulate all those who worked so hard to achieve this important right for Washington’s citizens, and we applaud the citizens of Washington state for making the right choice.

“Final Exit Network and its members supported passage of this landmark initiative by donating to the advocacy effort spearheaded by Washington Death with Dignity and former governor Booth Gardner.

“However, the job is not finished. Although like Oregon’s ‘Death with Dignity Act,’ I-1000 gives doctors the authority to prescribe a lethal dose of medications to terminally ill individuals under strict controls, it condemns to continued suffering as many as 40 per cent of those who desperately want to end their life because of intolerable suffering, but cannot under the law because their illness is not diagnosed as ‘terminal.’ “

“Individuals with neurological illnesses such as Parkinson’s disease, multiple sclerosis, muscular dystrophy, amyotrophic lateral sclerosis (Lou Gehrig’s disease) and Alzheimer’s disease often lose the reason and will to live long before their disease qualifies as terminal.

“For these individuals, neither I-1000 nor the Oregon law go far enough. That is why Final Exit Network pledges, until laws protect the right of every adult to a peaceful, dignified death, Final Exit Network will be there to support those who need relief from their suffering today!

“The Network’s Exit Guide Program is available nationwide. With the Network’s compassionate guidance and support, physically and mentally competent adults in all 50 states are free to exercise their last human right — the right to a peaceful, dignified death. Final Exit Network is the only organization in the United States that will support individuals who are not ‘terminally ill’ — six months or less to live — to hasten their deaths. No other organization in the U. S. makes this commitment.”

Goodwin and other leaders in the euthanasia lobby will continue to push for changes until they have achieved their goal–“death on demand.”

Goodwin is not concerned that in his quest for “death on demand” that his ideology will claim the lives of many vulnerable people who will either be overtly or subtly pressured into assisted suicide, or that they will be made to feel like their life is not worth living.

Alex Schadenberg is executive director of the Euthanasia Prevention Coalition. He may be reached at [email protected] 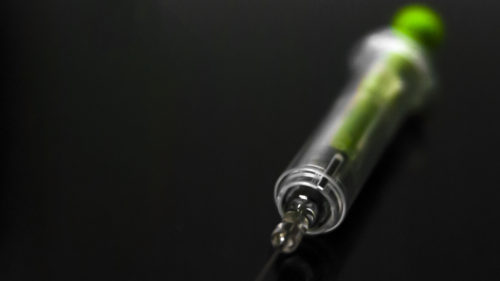