Update – The TV station has pulled the ad, calling it too graphic. Clich here for details.

KELOWNA, B.C., February 1, 2010 (LifeSiteNews.com) – Kelowna Right to Life is running a pro-life video ad entitled “Everyone Against Abortion, Please Raise Your Hand” on the local TV station, CHBC, starting today. The ad features what the local media is calling a “graphic anti-abortion image” of adult fingers holding the outstretched hand of a baby killed by abortion.

“This is the hand of a child that was aborted,” the ad says, “Let us mourn for these children. May our hearts be broken enough for God to enter and stir us to action to defend their lives.”

Kelowna Right to Life executive director Marlon Bartram said the airing of the advertisement, which was created by Priests for Life in New York, will likely mark the first time a body part from an aborted child has been shown on television in Canada.

“I am sure there will be people saying that the ads should not be allowed to be run on TV,” he told LSN, saying “there is nothing the pro-abortion side would like better than to prevent people from seeing these ads.”

However, CHBC’s new director, Derek Hinchliffe, told The Province that the ad has been approved by the Television Bureau of Canada. “It has met with their approval, so if we were to say, ‘No, we’re not going to run it,’ we would have been offensive,” he said.

Bartram said he hopes the ad will show the truth about abortion and encourage people to react in the same manner as people have reacted to the disturbing images of the Haitian earthquake aftermath .

“This is similar to what has been happening since the earthquake in Haiti two weeks ago,” Bartram said in a Kelowna News report. “We’ve been bombarded with images, very real images of what’s been happening there. It’s hard to look at, but it’s important to get the truth out there so we can react appropriately.”

Bartram told LSN that the “Raise Your Hand” ad is one of several the group is funding that are aired in rotation and will be broadcast for as long as Kelowna Right to Life has the funds to pay the fees.

The ad may be seen on YouTube here (http://www.youtube.com/watch?v=ql_7jnp–UE) and on the Priests For Life website (http://www.priestsforlife.org/images/index.aspx) 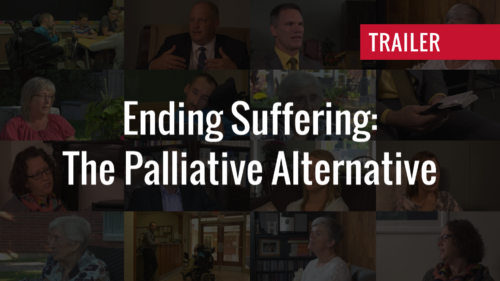