Taxes for average Canadian family have increased at faster rate than costs of food, clothing and housing

19 Apr 2010 Taxes for average Canadian family have increased at faster rate than costs of food, clothing and housing

VANCOUVER, BC – The total tax bill for the average Canadian family has increased at a much faster rate since 1961 than any other single household expenditure, according to a new study released today by the Fraser Institute, Canada’s leading public policy think tank. The Canadian Consumer Tax Index 2010, which calculates the total tax bill of the average Canadian family, found that taxes have increased by a whopping 1,624% since 1961. In contrast, expenditures on housing increased by 1,198%, food by 559%, and clothing by 526% from 1961 to 2009. “Taxes have grown much more rapidly than any other single expenditure item for Canadian families to the point where taxes from all levels of government take a greater part of a family’s income than basic necessities such as food, clothing, and housing,” said Niels Veldhuis, the study’s co-author and the Institute’s senior economist.


“With most Canadians filing their income tax returns at this time of year, it’s important to remember that Canadian families are required to pay a myriad of additional and hidden taxes. In fact, personal income taxes accounts for only one third of the total tax bill paid by the average Canadian family in 2009.”

Much like the Consumer Price Index calculated by Statistics Canada which measures the average price that consumers pay for the goods and services that they buy of their own choice, the Canadian Consumer Tax Index measures the price of goods and services that government buys on behalf of Canadians. The Canadian Consumer Tax Index calculates the total tax bill of the typical Canadian family by adding up the various taxes that the family pays to federal, provincial, and local governments. These include direct taxes such as income taxes, sales taxes, Employment Insurance and Canadian Pension Plan contributions, as well as “hidden” taxes such as import duties, excise taxes on tobacco and alcohol, amusement taxes, and gas taxes.

This year’s index shows that even though family incomes have increased significantly since 1961, the total tax bill has increased at a much higher rate.

Taxes have become the most significant item that Canadian consumers now face in their budgets,” Veldhuis said.

Impact of the recession 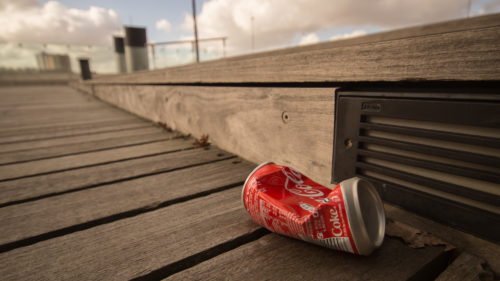 Ruth the Can Collector: The Case for Restoring Old Testament Gleaning Principles
By using our site, you acknowledge that you have read and understand our Cookie & Privacy Policy