e letters from two well-know Christian cabinet ministers who have endured a lot of hardship in their service through the years. You can find their contact information here and here.

Stockwell Day, West Kelowna, BC March 12, 2011: It will be exactly 25 years ago on March 17th, St. Patrick’s Day, that I was honoured with my first nomination to public office. Now, after 14 years in provincial government and almost eleven years at the federal level it is time to move on. I hereby announce that I will not be seeking re-election at the end of this mandate.

Though there would be exciting and satisfying days ahead in public office, after prayerful consideration, Valorie and I feel at peace with our decision. Along with memories which I will forever cherish, I will also forever carry a debt of unrepayable gratitude to so many people;

To my wife, who more than any person on earth is responsible for each and every success I have been allowed to experience. Her unlimited inner strength, unfailing love and untold reserves of grace have seen us through the most incredible challenges and the most wonderful breakthroughs.

To our dear family members, who have been arm in arm with us every step of the way, we would have been lost without them;

To so many supporters, workers and colleagues through the years who gave so unselfishly in too many ways to mention;

To constituents in the cities and towns from two of Canada’s most beautiful provinces, for their input, guidance and trust in electing me on 9 separate occasions to represent them;

And to Prime Minister Harper for allowing me the privilege to serve under his outstanding leadership. That leadership has led our nation through the most troubling economic times in over half a century.

His belief (and insistence within his caucus) that every MP must be allowed equal ground to speak up vigorously for their constituents is the foundation of decision making upon which we develop the policies for our nation.

I wish the Prime Minister full success in the days ahead in the efforts on behalf of all Canadians in maintaining a Canada that stands strong and free.

And I pledge my ongoing, whole hearted support in that shared pursuit.

“They desired a better country.”

Statement from Honourable Chuck Strahl: “To everything there is a season, A time for every purpose under the sun.” – Ecclesiastes 3:1

The author of these words knew a thing or two about human nature.  In my political career, “everything” came together to launch what still seems surreal at times – a 17 year run as the Member of Parliament for Chilliwack and the Fraser Canyon.  Even the occasional difficult moments encountered along the way just added to the sense of purpose.  While I am healthy, and though I still feel honoured and privileged to be a Member of Parliament, I have decided I won’t be seeking re-election when Canada next goes to the polls.

When I was first elected in 1993, I was 36 years old, and all four of our children were still at home.  Now they’re all gone and married, and Deb and I have 10 grandchildren!  We’re empty nesters, with the ever-growing joy of having the kids make regular pilgrimages back to our homestead.  I vowed I would leave politics one day with the one thing that mattered most when I entered into it – the love and respect of those closest to me.  Thanks to Deb (mostly) and the rest of the family, that’s going to happen.  It’s my life’s greatest accomplishment.

I was elected first as a Reformer under the leadership of a great man, Preston Manning.  He taught me in those early years that listening to constituents and serving the public has its own, unique rewards.  It’s true.  People in our electoral district are often passionate about their issues and politics, and working with them has been an ongoing inspiration and motivation.  Not that everyone is – or should be- always in agreement with me!  Yet I will forever be grateful for their encouragement and support.  They are wonderful, common-sense people.

One of the best parts of political life is the friends you make along the way.  A whole new world of people we would never have met otherwise have become near and dear to us.  Not just partisans, either, but interesting, thought-provoking folks from all kinds of backgrounds, religions and regions.  Like the rock solid friends we’ve always had in our own hometown, these new friends have become an integral part of our lives.  We’re richer and better people for their loyal companionship.

Of course, these past few years when I’ve served in Stephen Harper’s Cabinet have been extra special.  I’ll always be grateful to the Prime Minister, who went out of his way to assure me that he wanted me to be a government Minister and was confident I could do the job.  He appointed me right on the heels of my serious brush with cancer, and his encouragement to me was, “Don’t let people tell you that you can’t still contribute – don’t let them push you aside.”  Cancer survivors need to hear things like that, and know in their hearts that it is true.  The PM’s words were prophetic, in a way, and my health has never been an issue since that time.

Throughout it all, my staff have been exceptional.  The work load, high expectations and public pressure on these people is enormous, but they have consistently risen to the occasion and they have all served Canada with distinction.  Any good reputation I may have garnered over the years is due in large part to their efforts.  The same can be said for so many of the professional civil servants I’ve worked with in three separate Ministries.  Our country is fortunate to have these people toiling on our behalf.  I feel lucky they put up with me!

In all ways, large and small, my experiences these past 17 years have reinforced the conviction that Canada is one of the most blessed countries in the world.  Full of abundant natural resources and a generous, stoic people, consistently peaceful and generally prosperous, we are amongst history’s most fortunate.  What a great country!

I plan to stay on as a Member of Parliament and a Cabinet Minister until the next election, whenever that happens.  I hold out a slim hope that it might be another year or more away, though the Opposition seems determined to force one soon.  Whenever it happens, I will leave this role with mixed feelings, because I love serving our country and its people.  But for everything there is a season, and I am convinced this is the right time for me and Deb to seek out the next, wonderful purpose that God has in store for us.

I know I can count on you to stay involved in the political life of Chilliwack—Fraser Canyon, and in Canada.  It’s business as usual until the next election, and I and my staff will continue to be here to serve you until that time. 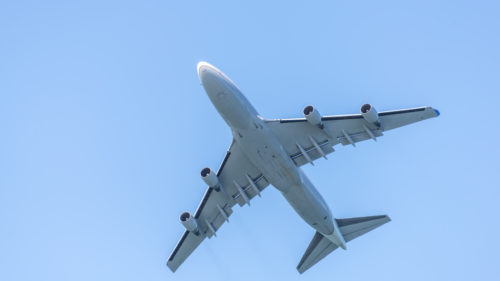