The Truth about Missionaries: Bearers of Freedom

03 Feb 2014 The Truth about Missionaries: Bearers of Freedom

ARPA Note: We are reposting this article because of its clear significance to our Canadian context. It should be a wake-up call to anyone who believes that we can change a society for good by leaving God’s Word hidden in our homes.

By John Stonestreet, Breakpoint Commentaries: What’s been perhaps the greatest force for democracy and freedom in the world? Read the surprising answer.

For the last several generations, missionaries have gotten a lot of bad press. They’re called cultural imperialists or tools of colonial oppression, and in the pages of books such as “The Poisonwood Bible,” or, for an earlier generation, James Michener’s “Hawaii,” they’re presented as paternalistic, ignorant enemies of glorious indigenous cultures.

Even many supporters of so-called “native missionaries” in Asia, Africa, and Latin America suggest that Western missionaries should just “stay home” and “let the nationals do it.” But a funny thing happened on the way to missionary irrelevance: Ground-breaking, peer-reviewed research reveals that the presence of Protestant missionaries is the greatest predictor of whether a nation develops into a stable representative democracy with robust levels of literacy, political freedom, and women’s rights.

Yes, you heard that right, and you can read all about it in a fascinating and important cover story in the latest issue of Christianity Today. It describes the painstaking work of Robert Woodberry, whose work on the global spread of democracy has turned scholarship on its head.

Woodberry discovered that you can trace a direct link between the presence of 19th-century Protestant missionaries and a country’s economic and social development.

Why, for instance, does a seminary in the West African nation of Togo have almost no books for its students, while in neighboring Ghana the schools are full of reading material, including much that is written locally? As summarized by CT author Andrea Palpant Dilley, “British missionaries in Ghana had established a whole system of schools and printing presses. But France, the colonial power in Togo, severely restricted missionaries.”

This contrast is replicated across the world, from Botswana to India. Woodberry’s conclusion is sweeping: “Areas where Protestant missionaries had a significant presence in the past are on average more economically developed today, with comparatively better health, lower infant mortality, lower corruption, greater literacy, higher educational attainment (especially for women), and more robust membership in nongovernmental associations.”

And these aren’t just any missionaries, but the ones labeled as “conversionist”—that is, those who call others to faith in Jesus Christ—in other words, the very ones who have been decried for so long as cultural imperialists. Loving Jesus and the people to whom they were sent, they fought injustice, stood with the local people, planted seeds of political freedom and economic growth around the world.

Newsletter_Gen_180x180_BA key part of this was teaching local people to read so they could read the Bible. As Dana Robert of the Center for Global Christianity and Mission at Boston University says, “If you look worldwide at poverty, literacy is the main thing that helps you rise out of poverty. Unless you have broad-based literacy, you can’t have democratic movements.”

Protestant missionaries may have gone to “the field” to point people to heaven, but it turns out that they did a pretty good job being salt and light for the here and now too. As Woodberry says, “I feel confident saying none of those movements would have happened without nonstate missionaries mobilizing them.”

This truth about missionaries is not what many academics were expecting, of course. “I’m not religious,” says Robin Grier, professor of economics and international and area studies at the University of Oklahoma. “I never felt really comfortable with the idea of [mission work]; it seemed cringe-worthy. Then I read Bob’s work. I thought, Wow, that’s amazing. They left a long legacy. It changed my views and caused me to rethink.”

The work of Robert Woodberry is changing a lot of minds. It’s also a powerful reminder that when a people’s worldview changes toward the Kingdom of God, so does their life, for the better. Hillary Clinton said it takes a village to raise a child. Well, to change a culture, maybe all it takes is a missionary. 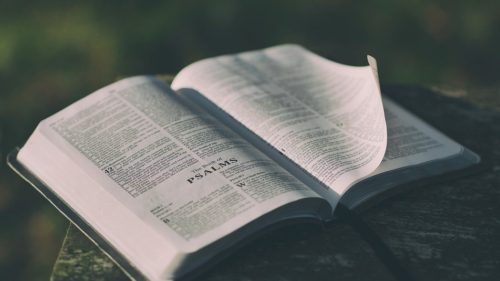 Prime Minister Trudeau says “Thanks” for the Bible