Posted at 15:55h in Bills and Motions, Gender and Sexuality 0 Comments
0 Likes
Share

Mark Penninga, Interior News, Sept 23, 2014: On September 15th, BC saw its first ever conviction of human trafficking under Canada’s Criminal Code. A 29 year-old man from Vancouver forced 11 teens, as young as 14, into prostitution. But this sure wasn’t the first time someone was trafficked in BC. The US Department of State estimates that there are between 1500 and 2200 people trafficked through Canada to the US each year, and that doesn’t include the trafficking that stays in Canada.

For those who think that this is a problem for bigger centres like Vancouver and Toronto but not in places like Smithers and Hazelton, think again. Public Safety Canada’s report on the issue reveals that it is Aboriginal women, youth, and children who are among the most likely victims in Canada.

The leading cause of human trafficking in our nation is for the purpose of sexual exploitation, usually through prostitution. Our Supreme Court struck down Canada’s prostitution law last year and gave Parliament one year to come up with a new one. The new legislation, Bill C-36, is excellent and worthy of our full support. For the first time in Canadian history, it makes the purchasing of sexual services a crime.

This will decrease the demand for prostitution which will in turn decrease the number of women forced into it. At the same time, the bill intentionally does not criminalize the prostitute. This allows her to exit the sex trade without a criminal record. When one Canadian study interviewed 100 prostitutes asking what they need, 95% replied that they need to leave prostitution. The law also targets the pimps who buy and sell women and bans the advertising of sexual services anywhere children could likely be present.

The opposition parties and much of the mainstream media are opposing this, often arguing for legalization instead. They claim is that it will make the women safer to regulate prostitution. But that is comparable to saying that the answer to slavery is to regulate it. Prostitution inherently objectifies and degrades a human person, usually women. To add to that, research shows that legalization of prostitution leads to an increase in human trafficking. One study from the Netherlands reported that in the first 5 years after legalization, the number of child prostitutes increased 300%, from 4,000 to 15,000.

I was very disappointed to see that our MP, Nathan Cullen, along with the rest of the NDP, voted against this bill. Regardless of what party you support, the citizens of the Bulkley-Skeena should expect better.

Mark Penninga is the Executive Director of the Association for Reformed Political Action Canada, and lives with his family in Smithers. 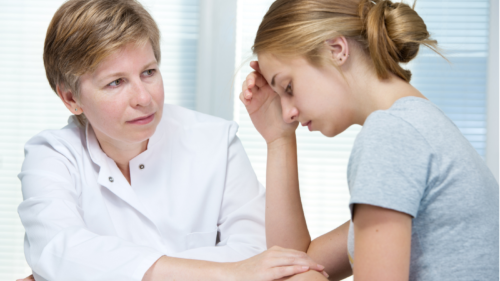 Bill C-6 (Conversion Therapy) Passes through the House of Commons
By using our site, you acknowledge that you have read and understand our Cookie & Privacy Policy