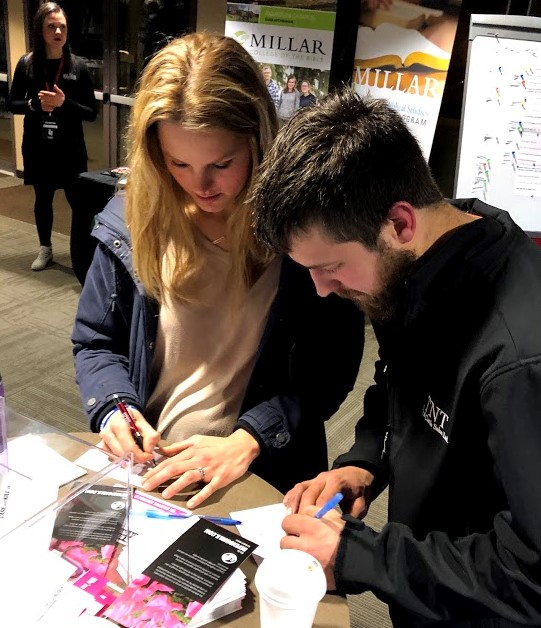 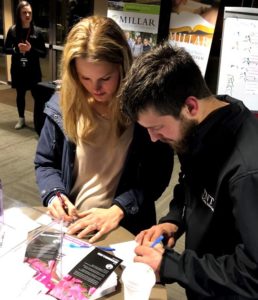 Apologetics Canada helps Christians speak the language of our culture and address questions with intellectual honesty, gentleness, and respect. They host an annual conference at Northview Community Church in Abbotsford, BC, and this year ARPA Canada hosted two exhibits, one promoting the work of ARPA and the other focused on ARPA’s pro-life campaign, We Need a Law.

We attend various events like this throughout the year, but this one, a uniquely Christian event, provides a more enthusiastic audience and deeper conversations about the issues ARPA works on.

The We Need A Law exhibit was focused on promoting Bill C-233, the Sex Selective Abortion Act. Bill C-233 is a private member’s bill recently introduced by MP Cathay Wagantall. It seeks to prohibit abortion based on the predicted sex of the pre-born child. The ARPA exhibit was focused on making everyone aware of the Care Not Kill campaign, an effort to educate Canadians on the harms of expanding access to euthanasia and assisted suicide. We engaged many people in conversation and nearly 100 of them wrote postcards to their MP on these issues right there at our exhibits, with many taking extra postcards home for friends and family members!

Whenever you publicly discuss abortion or euthanasia, there are always people who share their own personal story or journey. One woman who was quite keen to fill out a postcard shared with me that she was adopted because her birth mother was only 15 when she gave birth. It was many years ago, she said, at a time when women who conceived outside of marriage were (tragically) sent away to a home in an effort to hide this “sin” from the public eye. She has since connected with her birth mom and it was powerful to hear her share how they have reconciled.

While I was speaking to her, another woman walked up and introduced herself as the first woman’s daughter, and she was also adopted. What a beautiful testimony! Here I was talking to two women who had come into the world to parents who were unable to keep them, but, rather than abort their daughters, they blessed other families through adoption.

At the conclusion of our brief conversation we thanked God for the beautiful imagery of adoption and how human adoption can point us to the adoption we all experience as children of a loving Father, which in turn makes us brothers and sisters of Jesus.

Later that afternoon I was discussing the Care Not Kill campaign with a young father. He was aware of Bill C-7 and was terrified of the consequences of an expanded euthanasia regime in Canada. He shared with me that he has a son with severe disabilities, and legalized euthanasia is deeply concerning to his family. It is troubling to hear first-hand how changes in the law have a real impact on the lives of those with disabilities. The changes being proposed by Bill C-7 will have negative consequences for our neighbours.

“Changes in the law have a real impact on the lives of those with disabilities.”

He then went on to share that his wife was pregnant with their second child. Exciting times for them! Yet, amid the joyful anticipation they were regularly offered invasive testing and abortion, simply because their first child was disabled. How disheartening!

I praise God for these small windows into the lives of those willing to share. We live in a country that seems intent on rejecting God entirely, but many faithful Canadians share our concerns and are eager to take action and use their voices. Hearing from the lived experiences of others is a confirmation that it is essential to continue witnessing to the truths of these injustices – to our fellow Canadians and to those in positions of authority.