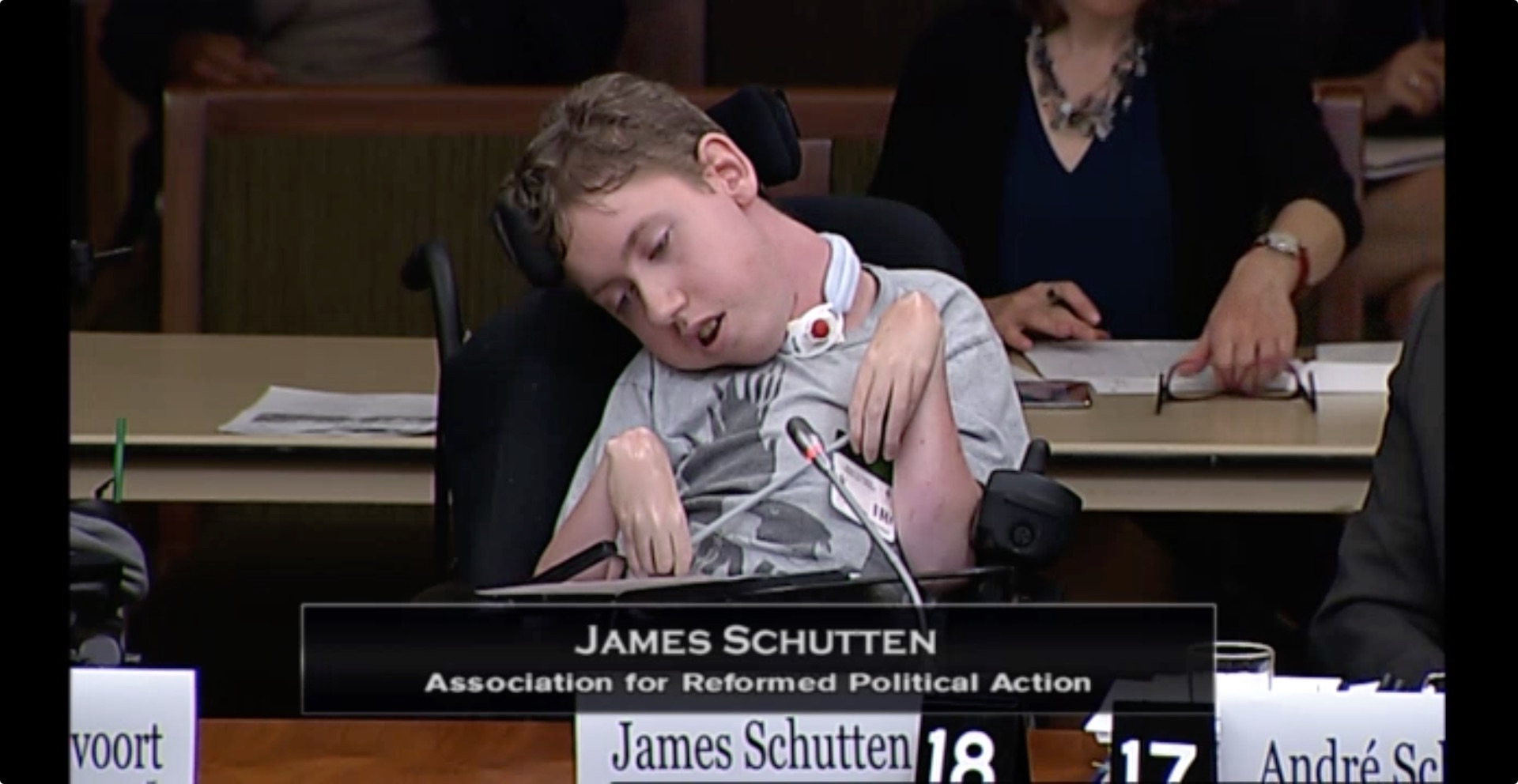 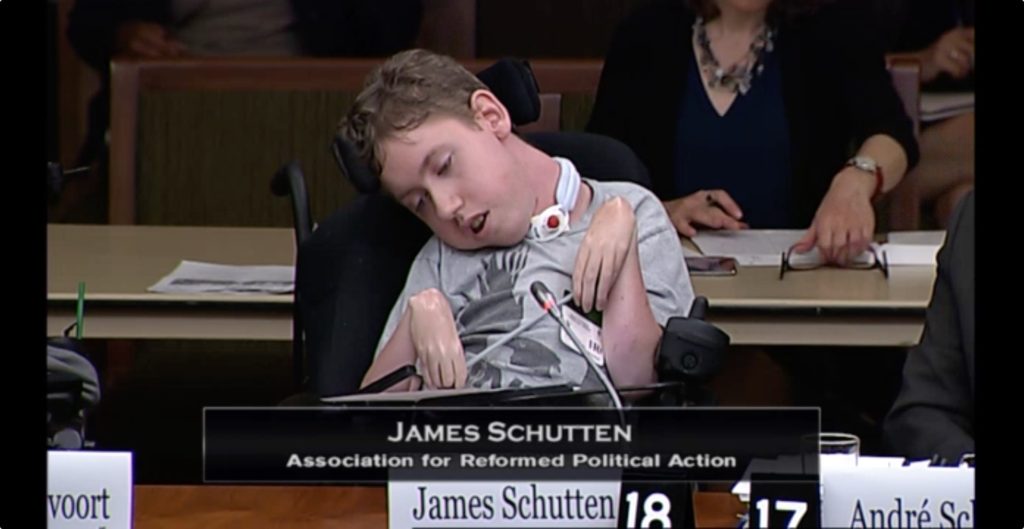 For those who have followed ARPA Canada’s work for some time, you may recall a presentation we did in 2016 to the House of Commons Standing Committee on Justice when they were debating the first euthanasia bill, C-14. ARPA Canada opposed the bill but urged that, if the bill was to pass, the government must do everything in its power to ensure that those who are vulnerable get all the support necessary so that the circumstances that drive a person to request assisted suicide is more or less eliminated. Presenting with our Director of Law & Policy were two men with Spinal Muscular Atrophy (SMA): James Schutten (pictured) and Pieter Harsevoort. These men spoke about how legalizing euthanasia would negatively impact them. After Bill C-14 passed in 2016, a court case was launched in BC by a woman named Ms. Lamb who also has SMA. She was seeking greater access to assisted suicide for people like her.

Well, we don’t just want to oppose Ms. Lamb’s efforts and the government’s bills. We also want to propose and support efforts to eliminate the perceived “need” for assisted suicide. To that end, we want to share an e-petition worthy of your support, and ask you to consider signing it and encouraging others to do so as well. This petition urges the Health Minister to review a new, but prohibitively expensive, drug that can be given to an infant with SMA that may partially cure SMA. We asked James Schutten if he thought this petition was worthy of support. He responded:

We do think it is a good petition to support for two reasons:

First, if infants get this drug they could potentially avoid being wheelchair-bound and, as in my case, avoid getting a tracheotomy and a feeding tube.

Second, by being able to avoid these conditions it would save the government money on hospital stays, home care, and other programs that the government has in place to support families with a child with this disability.

So will you join us in signing this petition today and asking others to support it as well? The last day to sign is Wednesday, March 25th, by 3:40 p.m. (EDT).

United Nations say disability should not be a reason for MAiD
By using our site, you acknowledge that you have read and understand our Cookie & Privacy Policy