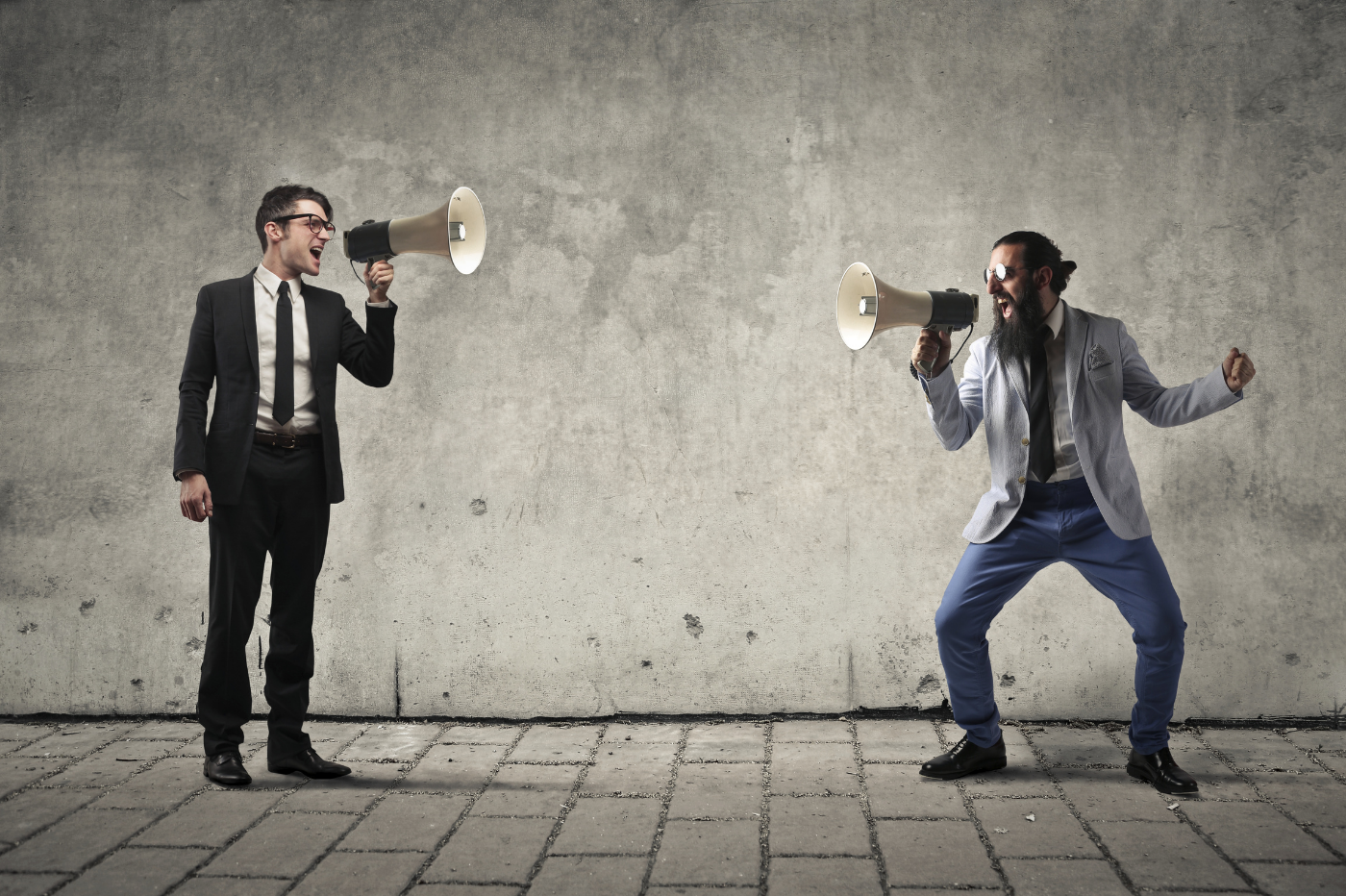 25 Jun 2021 What does it mean to be a good citizen? Disagreeing well… even on abortion 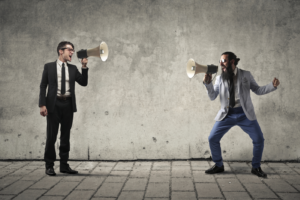 Last week a student from my church invited me to present to her high school civics class on the question, “What does it mean to be a good citizen?” Since I work with ARPA Canada and interact often with the civil government, she thought that I would know something about – or at least have opinions on – the topic.

I love giving lectures to high schools and university groups. It’s a highlight of my job. But what made this invitation a little more unique is that the school is a secular one. I’m used to presenting to Christian students. But it’s a special treat (and an exciting challenge!) to present my perspective to students from all kinds of different religious and cultural backgrounds. So, I accepted.

After being introduced, I started by noting that there are all kinds of things that “make” a good citizen. Good citizens:

In short, a good citizen does not (to paraphrase John F. Kennedy) first make demands on their country to do something for them, but asks first what they can do for their country… and that starts right next door.

But, I told the students, I wanted to focus my talk on one other item that marks a good citizen: disagreeing well.

How to disagree well: using questions to tear down walls

A good citizen, in a free and democratic society, is not only involved in just and good causes, but also seeks to understand those they disagree with. A good citizen avoids lazy stereotypes. They work hard to learn from others. They demonstrate humility (“I don’t know it all!”) and are open-minded to opposing viewpoints, ideas, and lived experiences (“I can learn something from this other person!”). A good citizen doesn’t let their promotion or opposition of ideas prevent them from caring about and listening to other people.

So, I told the students, when you engage in conversations, whether by text message, or commenting on a social media post, or (ideally) face to face when hanging out with other people, begin with what you agree with, not what you disagree with. There is always some common ground we have with others!

Then, instead of pointing out where you think the other person is wrong, simply ask a question. In fact, ask lots of them! Making a statement (such as “all women must always have the right to choose”; “you obviously don’t know what you’re talking about when it comes to the Middle East”; “clearly, euthanasia is the only compassionate response to suffering”; and so on) draws a line in the sand. More than that, it builds a wall. And walls are incredibly hard to climb over, so most people won’t even bother to try. Wouldn’t you rather have the person you’re talking to come to your side with the least impediment possible? Asking a good question breaks down the wall. It builds a bridge. It’s an invitation to come stand beside you, while also signalling that you’re open to coming to stand beside them.

Key to asking good questions is asking ones that are fair and genuine, not leading questions that assume the worst of the person you’re speaking with. I’ve given this example before: Asking “Does your mom know that you’re an idiot?” assumes a horrible (and false!) fact: that you’re an idiot! If you answer no, then you’re admitting you’re an idiot but that your mom doesn’t know it. If you answer yes, then you’re admitting you’re an idiot and you know your mom knows it. And if you say, “I don’t know” then you’re still admitting you’re an idiot but you’re clueless as to what your mom knows about it. When dealing with contentious social, religious, or political questions, never use leading questions with false premises. For example, if discussing euthanasia, don’t ask, “Why do you want to kill disabled people?” A better question might be, “Do you think everyone should have access to a suicide prevention helpline without discrimination? If so, how do you tell the difference between someone who is asking for assisted suicide and someone who is suicidal and in need of help?”

Likewise, if someone asks you a leading question or a question with a false premise, don’t answer the question. Calmly point out the false premise, and redirect with a question of your own. Imagine you’re discussing the contentious Bill C-6, which proposes to criminalize conversion therapy but employs a very vague and overbroad definition of conversion therapy which could include pastoral counselling. Your counterpart asks you, “Do others in your religious community also support torturing gay and lesbian teens?” Any answer you give admits a false premise: that you support torture for homosexuals. Point out the false premise and then ask a question: “I don’t accept the premise of your question. Everyone in my community upholds the dignity and worth of each individual. Do you think that gay teens or adults should be prohibited from having conversations with others – religious or otherwise – about sexual ethics?”

Putting the idea into practice: disagreeing well about abortion

In order to illustrate my ideas on disagreeing well, I decided to broach a rather controversial issue with this secular class: abortion. I read them a recent headline from a CTV political reporter: “O’Toole is facing new questions about the majority of his caucus voting to restrict abortion access this week”. When I explained to the students that the bill this reporter was talking about (Bill C-233) was not to restrict abortion generally but was focused on the issue of sex-selective abortion, not only the students, but also the teacher expressed surprise. The teacher had heard of an abortion vote and had assumed it was a general bill to ban abortion. After explaining a little about sex-selective abortion, that it does happen in Canada and that it’s been reported on by both the mainstream media and by the Canadian Medical Association, I welcomed questions from the class.

The first question came from a female student: “If we tell a woman that she can’t have an abortion for this reason, then we can’t tell her not to have an abortion for some other reasons. We might not like sex-selective abortion, but I don’t think it’s really our place to judge.”

My answer: “That’s a fair point. But I think we already do make certain judgements. For example, did you know that the Assisted Human Reproduction Act, which governs in vitro fertilization, actually prohibits sex selection when implanting in vitro embryos? So if we can prohibit the choice at that stage, can’t we prohibit that choice at a later stage?”

The next student, a young man: “Whoa, that’s a crazy contradiction in the law! If we are already prohibiting it at one stage, I guess I’d be okay with getting rid of the contradiction. Are there lots of those kinds of contradictions in the law? I guess that’s what keeps lawyers like you busy, eh?”

I responded, “Yes, there are other contradictions in the law. And it can lead to unjust results.”

The next student, a young lady: “As a member of a culture where this practice [of sex-selective abortion] happens, and it is happening, I can say this practice has a deep impact on the community.”

I thanked her for sharing her experience. I said, “It is so important to hear about lived experiences in debates and conversations like this one. We must avoid lazy stereotypes, pigeonholing folks into blind categories because of their position on a particular issue. Did you know that the vast majority of Canadians would support outlawing this practice, including most people who identify as pro-choice?”

The last student piped up, “It seems to me that labels are ways to assume motives of other people. That if you’re pro-life you hate women, and that if you’re pro-choice you hate babies. And these are the only two options. How do we get around that?”

I answered, “That’s very perceptive! And I agree. This is a major temptation in political debate: us versus them, good guys versus bad guys. Lazy stereotyping comes up with two – and usually only two – categories and then forces others into those categories. It assumes motives. It assumes positions. It does not allow for much nuance or dialogue. It builds walls. But here is where the power of questions comes in! Questions invite others to share their motivations. Questions help you to understand where other people are coming from. Questions show genuine respect for others and expose stereotypes. My hope is that each of you can leave this class today being willing to think better of people who might have different conclusions than you on issues, even issues you are very passionate about. I have learned a lot from you today, and I hope you learned a little from me. Disagreeing well makes all of us a little more informed and makes us better citizens.”

After I left the class, I was filled with thankfulness. This 45-minute conversation with students attending a secular school – even on one of the most contentious issues of our day – was respectful and thoughtful. I hope it planted seeds in their minds so that, even if they continue to identify as pro-choice, they will reject lazy labels and instead seek to better understand the position of those they initially disagree with. And I hope that as we continue to engage in our communities and in the political sphere that we will also continue to see and care about the people behind any viewpoint that might differ from ours.