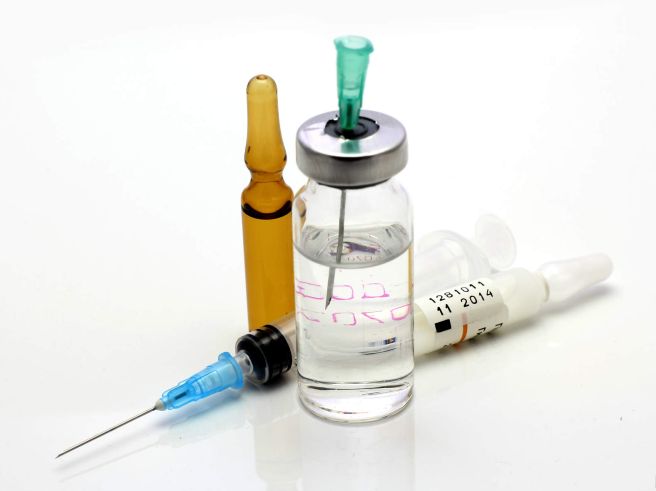 This fall, Parliament will examine the issue of expanding euthanasia to “mature minors” and to persons with mental illness. Since 2016 (Bill C-14), Canada has permitted anyone who is at least 18, has a grievous and irremediable medical condition, and whose death is reasonably foreseeable, to receive “medical aid in dying” (MAiD). To put it in stark terms, the law now permits medical professionals to kill their adult patients, as long as the patient consents and has the requisite medical conditions. In Spring 2015, ARPA released its first Assisted Suicide and Euthanasia...

Peter Stockland (Lighthouse News – July 3, 2018) Two years have gone by since the passage of Bill C-14, the law that legalized euthanasia in Canada. Peter Stockland, the publisher of the Cardus Foundation’s “Convivium” magazine, marked the anniversary with an in-depth article on how the law has evolved since it was first implemented. He says it’s clear that the rules around Medical Assistance in Dying (MAiD) continue to be relaxed, as evidenced by some new statistics that came out just last week. “There was a 30-percent increase in the number...

ARPA Canada lawyer, John Sikkema ARPA Canada is launching a campaign for better reporting and regulations around doctor-assisted suicide. Bill C-14, which legalized the practice last year, envisioned that MAiD would include some regulation. But the way the bill is worded is a bit unusual. It says the Health Minister “must make regulations that he or she considers necessary" on the issue. Those rules are supposed to take effect by June, but ARPA lawyer John Sikkema says the notion that the minister can decide whether or not the regulations are "considered necessary"... 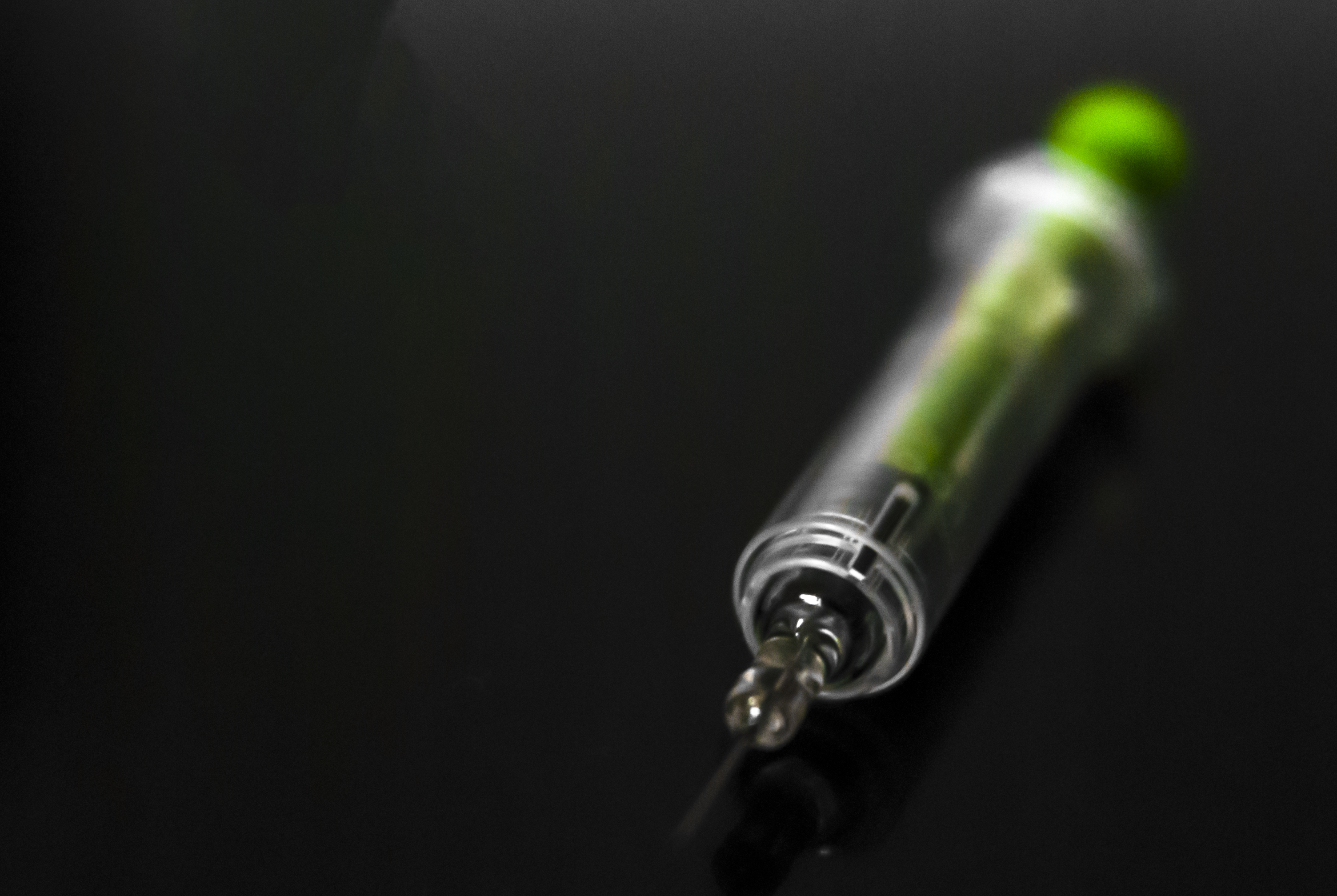 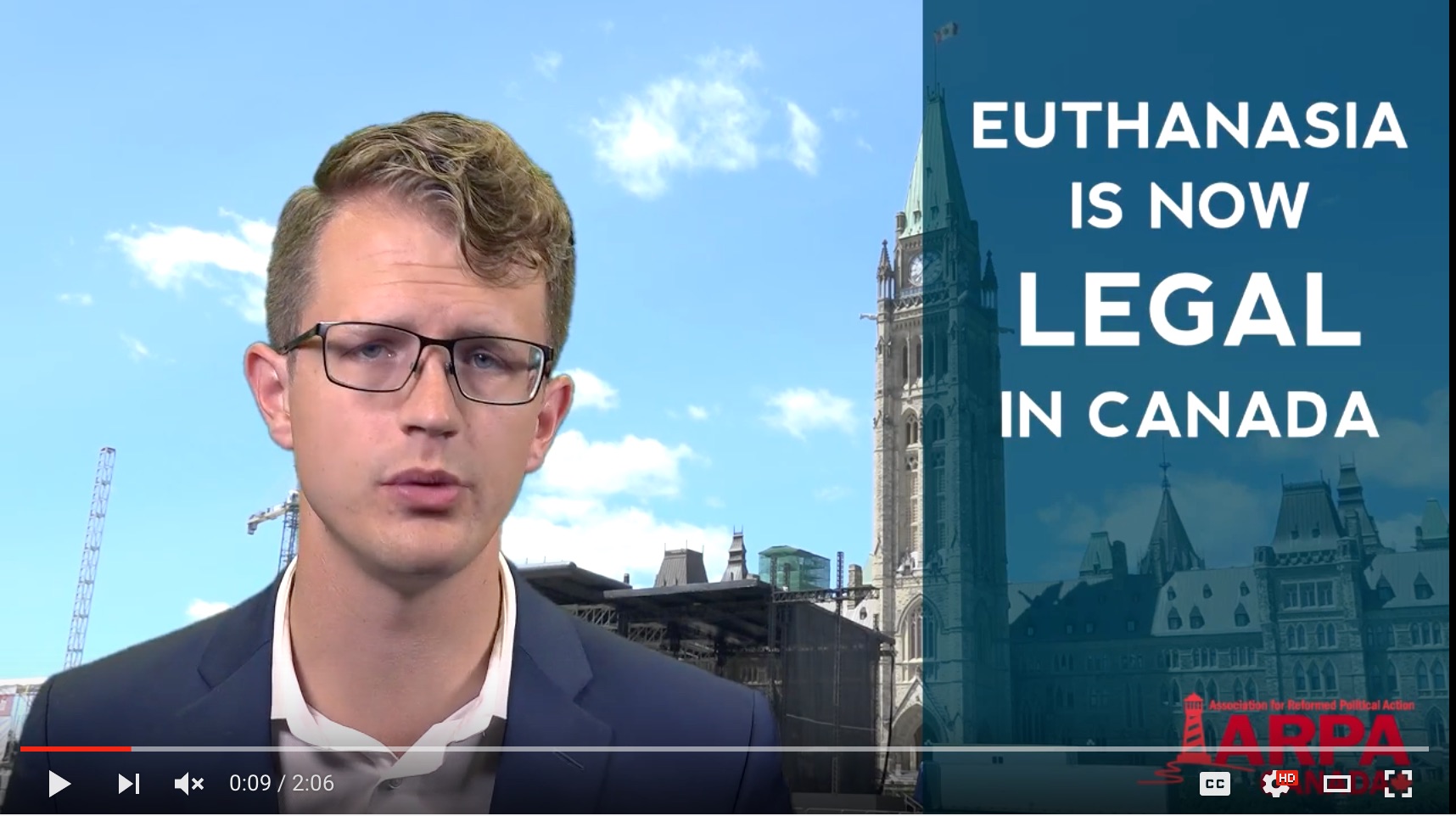 Posted at 17:39h in Bills and Motions, Euthanasia 0 Comments
0 Likes
Share
https://www.youtube.com/watch?v=bS5p4ygCReE Post-mortem: examination, or autopsy, an examination of a corpse in order to determine cause of death. Postmortem documentation: a technical analysis of a finished project. On June 17, Bill C-14 became law, formally legalizing euthanasia and assisted suicide. The Euthanasia Prevention Coalition has called Canada’s law the most wide-open in the world and even worse than Belgium’s law. This is a legitimate time to mourn and to be concerned about the future of our nation, which is quickly abandoning its Judeo-Christian foundations. But it is also a time to reflect on the past two years and analyze how we, the ARPA team and the Reformed church community, responded to this push for state-endorsed killing. Although this work was done in sin and weakness, we are thankful that we responded to this push for euthanasia with a strong and organized witness to life, and to the Giver of life. Although Canada has made a tragic choice, it did so in full knowledge of the consequences and in the face of a much better alternative. In light of our calling as watchmen (Ezekiel 33), we faithfully warned this nation so that the blood of the slain is not on our hands.
Read More

ARPA Canada is respectfully calling our Canadian brothers and sisters in the Lord to a day of sobriety, humility, prayer, and fasting on Monday, May 30. Bill C-14, which would legalize and normalize killing the weak and vulnerable, may receive its final vote in our House of Commons as early as May 30, and if passed, will be voted on in the Senate shortly thereafter. Sadly, much of the opposition to C-14 is coming from MPs and Senators who are demanding that it be even more radical, for example, by extending the killing to...

Posted at 13:35h in Euthanasia, Organizational News 0 Comments
0 Likes
Share
Parliament nears a final decision on legalizing physician-assisted suicide through Bill C-14. The bill has evolved since its original draft and there is evidence that the Justice and Human Right Committee, after several days of listening to witnesses and analyzing proposed amendments, has made some small steps towards mitigating some of the harm in this bill. Pieter Harsevoort, Along with James Schutten and Andre Schutten Presenting to the Justice Committee ARPA Canada was one of the very few witnesses privileged to present to the Justice and Human Rights Committee on May 3. André Schutten, legal counsel for ARPA, alongside with two men who suffer from spinal muscular atrophy, James Schutten and Pieter Harsevoort, spoke to the committee about their concerns with the proposed bill. After delivering individual speeches, and answering some questions prompted by the attending MPs, the meeting concluded with an air of uncertainty as to whether the presentation would have a lasting impact on the attending members. Between May 9 and May 11, the multi-partisan Justice and Human Rights Committee analyzed, debated and voted on approximately 100 proposed amendments, with over half of them coming from the Conservatives. As a result, only 16 amendments were passed, creating some minor changes to Bill C-14. In particular, much of the changes were related to clarifying the intent of the bill and ensuring that its contents cannot be interpreted contrary to the framer’s intent or the intent set out in the Carter decision.
Read More

The following article was published in the Hamilton Spectator on May 24th. It was written by Pieter Harsevoort and James Schutten, after they presented with ARPA Canada to the House of Commons Standing Committee on Justice and Human Rights. Because legalized euthanasia and assisted suicide will most directly affect people with severe disabilities, as James and Pieter have, Canadians – lawmakers in particular – must listen to their story. Here is their perspective: Hamilton Spectator - May 24, 2016 As two individuals living with severe disabilities due to spinal muscular atrophy, the...

Posted at 18:30h in Bills and Motions, Euthanasia 0 Comments
0 Likes
Share
It is very likely that Bill C-14, which would legalize euthanasia, will pass through Canada’s Parliament in the next month, becoming the new law of the land. Bioethicist Margaret Somerville has warned that a law like this one could result in up to 12,000 people being killed annually in Canada. This is no small matter. The House of Commons justice committee is studying the legislation with the purpose of recommending amendments and has asked ARPA for a written response as well as a presentation (Tuesday, May 3, 2016 at 6:20-7:20pm EST). You can find our written brief here. TAKE ACTION! Please make use of one of our three new EasyMail letters which are carbon copied to all of the MPs and Senators who are sitting on the justice committees in the House and Senate. We have heard that the Senate committee members are hearing very little from the public, apart from those who want to legalize euthanasia. A new video explaining all of this, plus the three new EasyMail letters is here. It just takes 10 minutes to contact all the members of both committees! EasyMail Letters Not One Innocent Death! Increasing Discrimination against those with Disabilities Real Medicine Doesn't Kill Please note: if you have tried to use EasyMail on a phone or tablet before and found it to be very difficult we sincerely apologize. Note that we now have a mobile version so please try it again and you should find it far better.
Read More

The Liberal Government released their Bill C-14 on Euthanasia and Assisted Suicide. Numerous organizations have responded, including Christian Legal Fellowship which you can read here. Learn how to TAKE ACTION on this Bill at arpacanada.ca/stop-euthanasia. ARPA Canada would like to quote the response of Physicians’ Alliance against Euthanasia which echoes our sentiments in their press release below: --- FOR IMMEDIATE RELEASE The federal government provides exemptions for murder, aiding suicide and administering poison Montreal, April 15, 2016 – In the midst of one of the worst suicide crises in our country’s history,...