Sharing the Word of God with every Canadian politician: 1,200 Bibles to be distributed this year 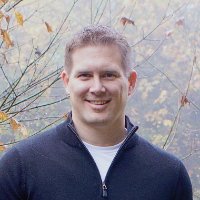 ARPA Canada has launched a new project in recognition of Canada’s 150th birthday and the 500th anniversary of the Protestant Reformation. The organization is trying to get Bibles placed into the offices of every federal and provincial MP, MLA, MPP, and MNA in the country. That’s about 1,200 Bibles.

ARPA Board Chair Bryan Grim says the idea came after Executive Director Mark Penninga visited some MLA’s offices in Edmonton. “He realized that on the shelves in their offices they had a number of books; among them books that a local ARPA (chapter) had given them: God and Government and the Christian Citizenship Guide, both ARPA publications; and they were displayed prominently on the shelf.” He says that got the Board to thinking “what better book to be on the shelves of a politician than the Bible?” If you want to support this project, you can donate to it on the ARPA website.