SOGI 123 which deals with how sexual orientation and gender identity are taught in British Columbia classrooms is couched as an anti-bullying initiative, but it is far more. It teaches a humanist understanding of sexuality as a subjective identity, divorced from biology, determined individually, and to be celebrated unconditionally. This in direct contradiction to a Christian understanding of sexuality, its God-given design, its corruption by sin, and its need for redemption through the Cross.

Motion 33 says, “Be it resolved that this House supports SOGI 123 within our schools, to help create safe and inclusive learning environments that are free of discrimination for all students.” A motion like this one is a declaration of opinion. While it doesn’t change the implementation of SOGI 123, it is concerning that the BC government is affirming this harmful resource.

MLA Laurie Throness courageously spoke out against this motion when it was introduced pointing out that encouraging children with gender dysphoria to transition into expressing themselves as the opposite sex may only exacerbate the problems. He challenged the other MLA’s saying, “In a year or two, if any child self-harms because of it, I hope the Minister of Education will be ready to face the parents.”

Throness concluded his speech by pointing out the toxic way this debate is being handled. “Instead of welcoming criticism and rational scrutiny, intense vitriol accompanies any questioning of SOGI 123. This implies that the policy is weak on its own and must be carried using weapons of public denunciation and accusations of hatred and bigotry. I’m happy to endure all of that if that’s what it takes to ensure the healthiest environment for all of our children.” Click below to watch (starts at 11:41:38). 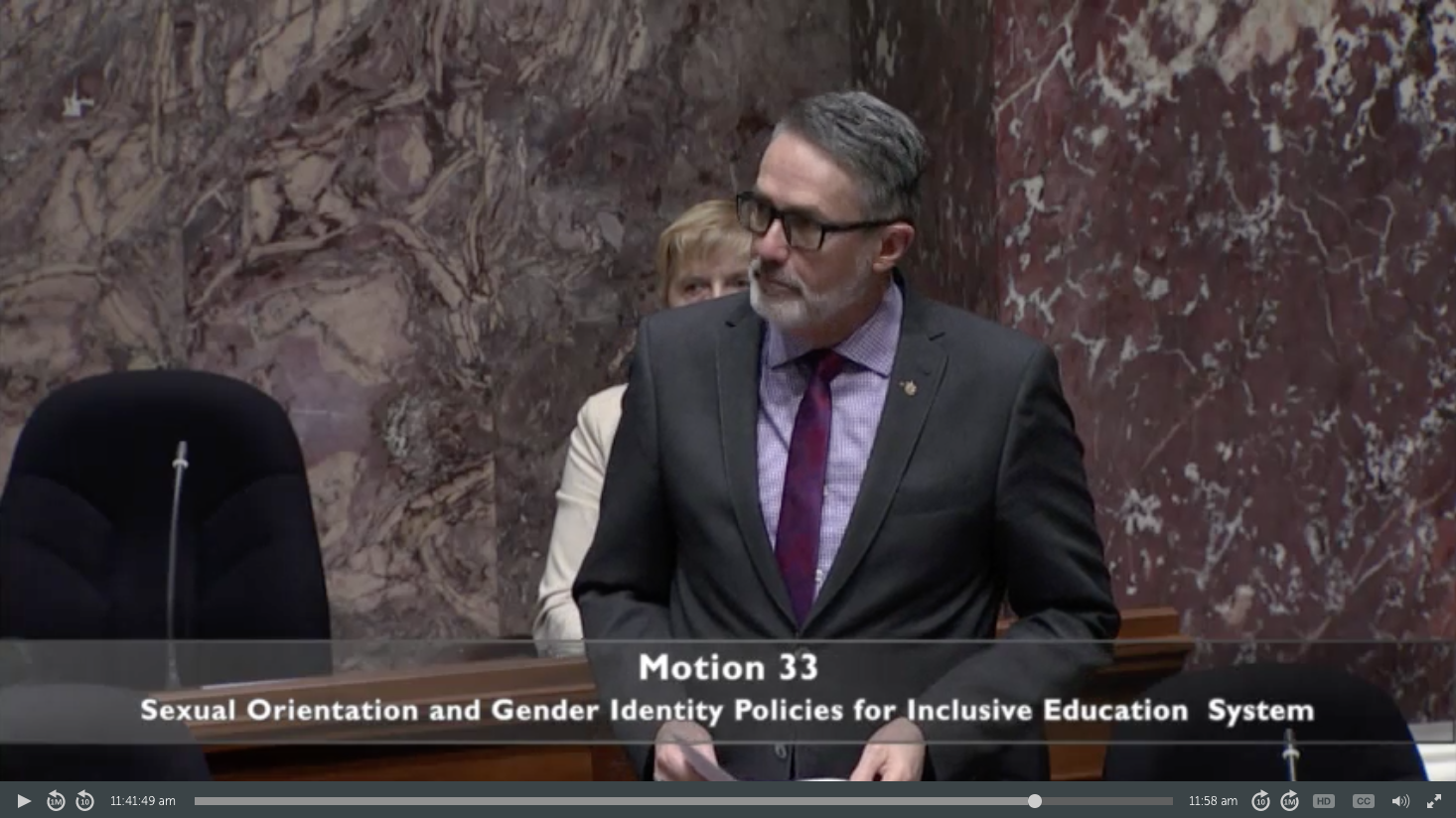 We appreciate Throness’ willingness to speak the truth on this motion. Send him a thank you email and encourage your own MLA to speak out as well by engaging in our SOGI 123 campaign and asking them to oppose Motion 33.