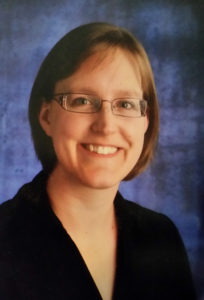 The Alberta government is in hot water for posting links to pornography from a government-sponsored website. The issue was uncovered by blogger Theresa Ng, who runs a site called “Informed Albertans”. Last Monday, Ng was surfing the Alberta government’s Gay-Straight Alliance Network website, a site she says is “funded and recommended” by the Alberta government. The site is organized by the “Institute for Sexual Minority Studies and Services (iSMSS)” from the University of Alberta. Ng was shocked at what she discovered. “There’s a section called ‘community supports’ intended to help kids with their GSA – their Gay-Straight Alliance. I started clicking on a few of (the links), and they led to Facebook pages, and these Facebook pages were posting articles that featured extremely sexually explicit and graphic materials, including BDSM and links to advice to pay for pornography and to visit sex clubs.” She says she published the information on her blog, and just a few days after that post, most of the links had been taken down.

However, Ng says, there’s a deeper concern at play here, because Alberta is undergoing a “massive rewrite” of the curriculum. “There’s been a lot of secrecy about who’s at the helm of that curriculum rewrite, and there’s strong reasons to suspect that iSMSS and its director, Christopher Wells, are very involved in that curriculum rewrite.” She says the concerns don’t end with “the removal of a few links.” The real question, she says, is “who is the government trusting with the care of K-12 children in the province?” Ng has started an online petition, asking Education Minister David Eggen for assurances that iSMSS won’t be involved in the curriculum rewrite.

The issue also prompted a request for a full and formal police investigation on how the web links might violate Sections 152 and 153 of the Criminal Code, which pertain to counseling minors on how to engage in sexual activity. That complaint was filed by Donna Trimble with the group “Parents for Choice in Education.”