Alberta school board to cut funding to Christian school 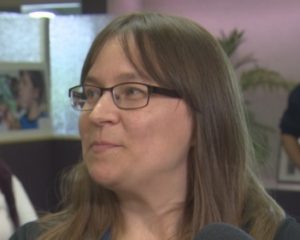 A public school board in Camrose, Alberta, has served notice that it’s going to cut ties with a small Christian school due to a controversy over the use of Biblical texts in the school curriculum. Alberta has a provision where Christian schools can apply to operate under the authority and operation funding of public boards, and part of that system includes an express understanding that the schools will be able to continue to further their Christian worldview.

But earlier this year, the Battle River School Division raised concerns that the Cornerstone Christian Academy in Kingman, Alberta, was including some Biblical prohibitions against homosexuality in its curriculum and promotional literature. The Board demanded that the material be dropped, which prompted a threat of a lawsuit from the Justice Centre for Constitutional Freedoms in Calgary. Deanna Margel heads the parent group at Cornerstone, and she says the issue appeared to be resolved a few weeks ago with a joint agreement that the Battle River Board would not censor the reading or the teaching of the Bible at Cornerstone, and that the school would respect Board policy and legal requirements around the School Act and the Human Rights Act. Margel says “the controversy, at that point, was kind of over.” But she says the Board added a communications and media protocol addendum to the agreement, which would have placed “some major restrictions” on the school’s ability to effectively communicate with parents and the school’s supporting community. She says the parent council made it clear they couldn’t live with that addendum, and a few days later the School Board gave notice that it was cancelling the agreement and the relationship between the BRSD and the Cornerstone Academy.

The cancellation is effective in June of 2018, and Margel isn’t sure how this will play out. “We’re going to want to keep the school open one way or another,” she says, “and that may involve talking to other public divisions. There may be a provision to work with a different public school board.” She says there may be a possibility of moving forward by re-applying to the province to operate the Cornerstone Academy as a truly “private school” with no public board involvement, but she says there is “some fear that we would not be given a licence to do that.”