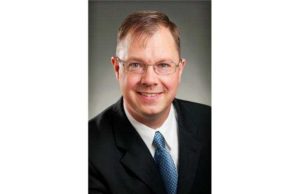 Alberta Education Minister David Eggen has issued what amounts to an ultimatum to two small Baptist schools near Edmonton on the issue of so-called Gay-Straight Alliance Clubs (GSAs). Alberta legislation requires schools to allow the institution of those clubs if even one student asks for them. The principal of the Baptist schools has openly said he will not comply with that. Now, Minister Eggen has published a Ministerial Order which tells the schools they must comply. The Order came after Eggen released a report which argues the schools should lose their accreditation if they continue to defy the government.

John Carpay from the Justice Centre for Constitutional Freedoms is acting for the schools and says this Ministerial Order is extremely heavy-handed. “The schools are complying with the legislation,” Carpay says. “The only way they would be in non-compliance would be if there’s a student that asked to start a Gay-Straight Alliance, and the school refused to do that. Then you’d have a situation where the law is not being followed.” However, Carpay says, these schools “have a problem with a law that orders them to set up clubs and activities that are hostile to the mission and vision and values and purpose of the school.”

The government cannot violate the right of parents to decide the kind of education that shall be given to their children.”

Carpay says if this matter ends up in court, he’s pretty sure Bill 10 – which is the law that mandates those GSA clubs – will be found unconstitutional. “The Supreme Court (of Canada), in the Loyola case, said that parents have a right to transmit their faith and their values to their children, and schools have a Charter right to provide the kind of atmosphere and culture and learning environment that parents want. The government cannot violate the right of parents to decide the kind of education that shall be given to their children.”

It’s not clear yet if this case is going to court, but ARPA is looking at the legal and constitutional implications of the Ministerial Order, and considering applying for intervener status if this case ends up before a judge.