Is Bill 89 about human rights? Don’t buy it. 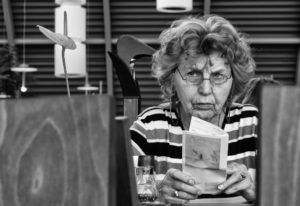 Today we tackle the claim that Bill 89 is needed in order to bring Ontario’s child services law into better alignment with human rights law.

The Opposition Critic for Children and Youth Services, Sylvia Jones (recently replaced by Gila Martow), expressed her support for the government’s Bill 89 early on, saying, “What I see in the legislation is now it’s just matching what’s in the Human Rights Code.” Here again, the Opposition could use a healthy dose of skepticism as it reviews government legislation.

Yes, Bill 89 incorporates the list of protected personal characteristics (race, age, sex, sexual orientation, gender identity, etc.) from the Human Rights Code, but it divorces this list from its statutory context, which limits its application to housing, employment, and service provision, and includes protections for freedom of conscience and religion.

In sections 1 to 6, the Code specifies that it applies to services, housing, employment, and membership in labour and professional associations. Section 14 permits programs designed to serve specific disadvantaged groups to discriminate. Section 18 allows religious, educational, and other institutions to serve the interests of their members in accordance with their beliefs. Section 18.1 says religious officials are not required to solemnize a marriage that would be contrary to their beliefs. Section 19 preserves separate (Catholic) school rights. Section 21 says you can discriminate in choosing who can rent your shared living space. Section 22 authorizes insurance providers to discriminate for good faith reasons. Section 24 permits religious, philanthropic, and other institutions to discriminate in hiring and employment for good faith reasons. These sections all describe lawful forms of discrimination. Such provisions honour fundamental freedoms of belief, religion, expression, and association.

Moreover, there are spheres of life where the Code simply does not apply, such as in your personal and family life. You are free to marry whom you wish. You are free to teach your children what you wish, to encourage them to learn and to do certain things and spend time with certain people and not others. You have the right to help your child through the difficulties of life as you see fit, subject only to demonstrably justified limits on that freedom, such as where the child is being objectively harmed by mistreatment or neglect.

The Child and Family Services Act, which Bill 89 would replace, has never included the long list of protected personal characteristics found in the Human Rights Code (nor has any other statute in Ontario before Bill 13 amended the Education Act in 2012). Adding this list of “identifiers” from the Human Rights Code is not only unnecessary – the Human Rights Code already applies to children’s aid societies, adoption agencies, etc. – it is also fundamentally unsound. It prioritizes equality (or the state’s view of what equality demands) over freedom of conscience, religion, and expression. And it extends the application of the state’s controversial equality doctrines from employers and service providers to parents and caregivers.

The only statute this list appears in today is the Education Act, which, since Bill 13 amended it in 2012, requires school boards to “promote a positive school climate that is inclusive and accepting of all pupils … of any race, ancestry, place of origin, colour, ethnic origin, citizenship, creed, sex, sexual orientation, gender identity, gender expression, age, marital status, family status or disability.” In 2012, the Opposition voted against Bill 13 and put forward their own bill to address bullying in all its forms, a bill that was not preoccupied with “perceived power imbalance based on the aforementioned individual factors,” as one Opposition MPP explained during debate in the legislature. Opposition MPPs also criticized Bill 13 for forcing Catholic schools to allow Gay Straight Alliances. In short, the Opposition did its job well. Although Bill 13 passed, a better option was proposed and there may yet come a day to implement it.

One school board has relied on Bill 13 in defense of its decision to deny a parent’s request for notification when controversial topics are taught to his children, particularly regarding matters of sexuality. The Board argued, successfully (though the ruling is being appealed), that allowing a child to leave the classroom when controversial matters regarding sexuality are taught would be contrary to “values of inclusion” and lead to “feelings of exclusion or marginalization by students”. Bill 13 only applies directly to public and Catholic school boards, but Bill 89 applies to all families. It’s one thing for the government to push its ideology regarding sexuality and gender in public institutions. It’s another for it to force it on families.

Bill 13 was criticized for lacking a full consideration of the Constitution Act, 1867, the Charter of Rights and Freedoms and the Ontario Human Rights Code. The same can be said of Bill 89.

So what practical effects will the addition of the Human Rights Code list have? Bill 89 itself is vague on details, but would give the Minister extensive power to make regulations “governing how service providers, in making decisions in respect of any child, are to take into account the child’s race … sex, sexual orientation, gender identity and gender expression”. In short, the Minister gets to decide on the details, without consulting the legislature.

That should make you (and the MPP who represents you) uncomfortable. The Minister of Children and Youth Services, Michael Coteau (also the bill’s sponsor) – the one who would have this regulatory power – has given us some insight into how he thinks. QP Briefing reports:

Coteau said … that it could be abuse for an LGBT teen to be told their identity is wrong and they should change. ‘I would consider that a form of abuse, when a child identifies one way and a caregiver is saying no, you need to do this differently,’ he said. ‘If it’s abuse, and if it’s within the definition, a child can be removed from that environment and placed into protection where the abuse stops,’ he said.

It’s remarkable that the Minister’s remarks have only received attention from QP Briefing, a niche political publication in Toronto. But more remarkable is the fact no Opposition MPPs have called the Minister out for these remarks. The Minister’s comments were reported over a month ago. ARPA brought them to the Opposition’s attention (and began questioning the government about them) over two weeks ago. Even if the Minister was stretching the legal definition of abuse or neglect under Bill 89 (it’s not clear he was), he should be questioned anyway – he is the Minister to whom Bill 89 grants extensive regulatory power.

Here are a few questions the Opposition might want to ask the Minister. If a boy says he is a girl and his parents insist he is not and try to help him accept that he is a boy, is that child abuse? If a child struggling with gender dysphoria wants to start taking puberty blockers and a parent is opposed, should the state intervene? How does the government intend to use the broad regulatory power that Bill 89 would afford to it? How will freedom of conscience and religion factor into this? Will the government ensure that families who do not share its views on matters of sexuality and gender will not effectively be excluded from fostering and adopting?

Here’s what we know from the bill itself. Where “the child suffers from a mental, emotional or developmental condition that, if not remedied, could seriously impair the child’s development and the child’s parent … does not provide treatment or access to treatment”, or where “there is a risk that the child is likely to suffer emotional harm [anxiety, depression, withdrawal, self-destructive behaviour, or delayed development] and the child’s parent … does not provide services or treatment or access to services or treatment,” such a child is “in need of protection” under the law. And affirming a child’s “gender identity and gender expression” is an integral part of protecting the child’s “best interests” under Bill 89.

Two years ago, Queen’s Park voted to ban “reparative therapy” for minors but allow “sex reassignment surgery”. Puberty blockers and cross-hormone treatments, meanwhile, are also publicly funded “treatments” for minors – causing lifelong sterility. Treatment can also include counselling that affirms the child’s perception of his or her “gender identity” or sexuality. If a child is suffering or at risk of suffering mental or emotional harm in connection with gender dysphoria, a parent must provide access to treatment. But what if the parents or caregivers do not find the state-approved “treatments” appropriate? What are they to do?

You’ve probably heard about how employers and service providers can be penalized for refusing to use a person’s preferred pronoun or for “reinforc[ing] traditional heterosexual gender norms”, according to the Ontario Human Rights Commission. Thankfully, the Human Rights Code does not tell you how to raise your children. It does not apply to parents. But Bill 89 extends the trans-affirming mandate into the family. The foster family, the adoptive family, and every family.

Yet the popular and politically correct approach to issues of sexual identity may actually be more harmful. Dr. Kenneth Zucker was Psychologist-in-Chief at Toronto’s Centre for Addiction and Mental Health, Head of the Gender Identity Service for 30 years until 2015 (when his clinic closed under political pressure), and internationally recognized as an authority in this field. Dr. Zucker helped children work through their gender identity disorder, being convinced that affirming and socially conditioning children to identify as the opposite gender is usually not the best path. (By the way, has anyone in Queen’s Park ever stood up for Dr. Zucker?) Dr. Joseph Berger, Consulting Psychiatrist and Fellow of the Royal College of Physicians and Surgeons of Canada and Professor of Psychiatry at the University of Toronto, said that scientifically, there is no such thing as a man trapped in a woman’s body or vice versa.

Dr. Paul McHugh, M.D., is University Distinguished Service Professor of Psychiatry and a professor of psychiatry and behavioral sciences at the prestigious Johns Hopkins University School of Medicine. He was also psychiatrist-in-chief at the Johns Hopkins Hospital for 25 years. Last year, Dr. McHugh published a study with Dr. Lawrence Mayer, Ph.D., scholar in residence in Psychiatry at John Hopkins and professor of biostatistics at Arizona State University. They concluded that there is little scientific evidence for the therapeutic value of interventions to delay puberty or modify the secondary sex characteristics of adolescents and no evidence that all children who express gender-atypical thoughts or behavior should be encouraged to become transgender. They also noted that sex-reassigned individuals were about 19 times more likely to die by suicide compared to control groups. Yet the Ontario government bans the kind of therapy Dr. Zucker provided to hundreds of grateful children and their parents.

The National Post reports that “an increasing number of children as young as preschoolers [are] appearing at gender identity-clinics across the country, convinced they are of the opposite sex.” More “gender clinics” are opening in Canada and the U.S. It’s no wonder, given that schools must teach children that their gender is unique to them and may fall anywhere along a spectrum of genders. (Where is the opposition on that, by the way?) Yet we are supposed to trust that, as gender ideology is pushed in schools and more children become confused and distressed about bodies, that adding “gender identity” to child services law is in the best interests of children and a human rights necessity.

If the government’s policies promote sexual confusion and favour surgical abuse to the gentle approach of Dr. Zucker, then maybe its understanding of human rights has gone terribly wrong.